Tottenham will feel aggrieved that Brighton’s equaliser was allowed to stand in Sunday’s Premier League clash in north London and Gary Lineker led the criticism of referee Graham Scott on social media. After Harry Kane had put Tottenham ahead in the first half with a penalty, Tariq Lamptey brought Brighton level 10 minutes after half time.

However, VAR advised Scott to take a look at an incident shortly before the goal on the pitchside monitor.

Scott did not deem it a foul at the time and stuck with his decision after reviewing the footage on screen.

It is the first time a referee has stuck with his decision in the Premier League after being told by VAR to look at the monitor. 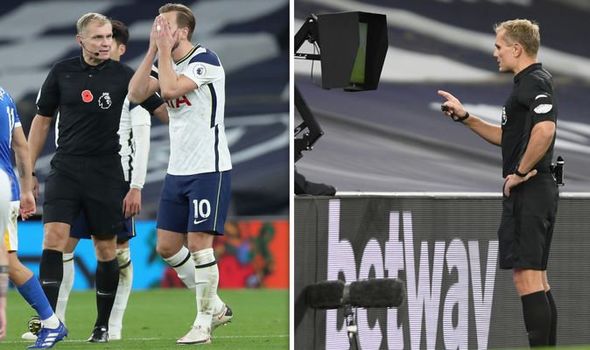 But the decision did not go down well with Spurs players and people on social media.

Former Tottenham striker Lineker could not believe Scott stuck with his initial call.

“First time I’ve seen a ref who’s gone to the monitor and not done so. Got a touch on the ball but looked a foul.

“Either way, it was an excellent finish from the impressive Tariq Lamptey.”

Former Crystal Palace striker Clinton Morrison was co-commentating for BBC Radio 5 Live and agreed the goal should not have stood.

“It is a foul by Solly March on Hojbjerg,” Morrison said.

“But Tottenham should not stop. They should play to the whistle. Quite a few players stopped. 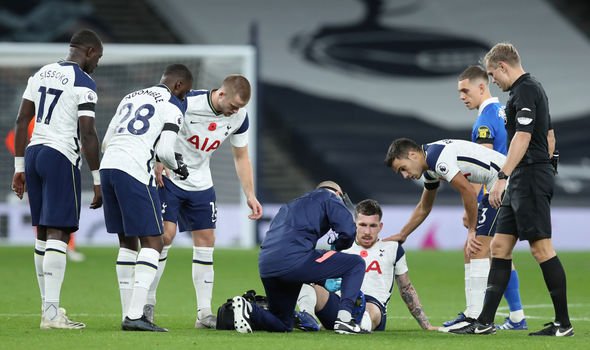 “A foul is a foul. For me he doesn’t get enough of the ball. It is poor refereeing. VAR got that right, they told him to go and look at the monitor because it is not right.

“He has made a mistake and he didn’t want to change his decision.”

Arsenal legend Ian Wright put aside his north London allegiance by also giving his opinion on the incident.

It was Lamptey’s first professional goal as he continues to impress at right-back for the Seagulls.

Brighton were only level for 20 minutes, when substitute Gareth Bale grabbed his first Spurs goal in seven years with a header to put Jose Mourinho’s side back in front.