Tottenham chairman Daniel Levy has apologised to fans after conceding they would not be in their new stadium until the New Year.

A statement confirmed they will continue staging their home games at Wembley up to and including the Premier League clash with Wolves on December 29.

The latest setback in the saga means the first possible home game at the new ground would be against Manchester United on January 13, but Levy revealed there is still no definitive timetable for the opening of the 62,000-capacity stadium. 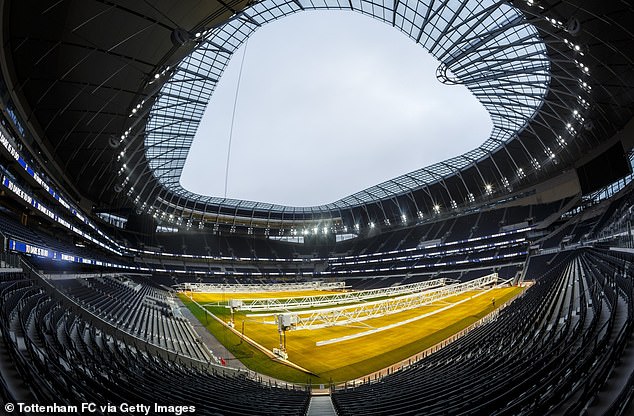 It was supposed to be ready for the September 15 fixture with Liverpool, but issues with the safety systems at the stadium wrecked those plans.

Levy said: ‘There isn’t an hour that goes by when I am not asked when we will be able to stage our first game at our new home.

‘I wish I was able to confirm an exact opening date and fixture. However, in light of factors completely outside of our control, contractors missing deadlines and possible future unforeseen issues, we are naturally being cautious in respect of our timetable for our test events and official opening game. 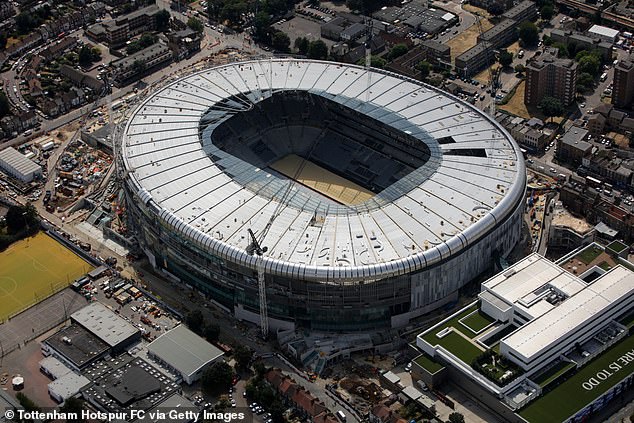 A date for Tottenham to move into their new 62,062 stadium has yet to be announced

NFL games will also be held at the stadium

Bill for stadium has surpassed £1billion

‘Whilst we are conscious of the need to keep pressure on our contractors to deliver as soon as possible, we are also acutely aware of how difficult the lack of clarity is for you, our supporters, to plan around games, particularly those at Christmas and New Year.

‘In light of the above, and taking into account the restricted availability of manpower over the festive period, we have taken the decision to confirm today that all home games will be played at Wembley Stadium up to and including the game against Wolverhampton Wanderers on 29 December.

‘We know the continued delay is a source of immense disappointment to everyone and I can only continue to apologise for this – it is a sentiment felt by all of us.’