Home » Tottenham only have a few top players and have no chance of finishing in the top four, says Paul Merson

Paul Merson: “I don’t give Spurs a chance of reaching the top four. I just can’t see them putting five or six wins together”; Tottenham vs Man Utd will be shown live on Sky Sports Premier League and Main Event from 4pm; kick-off 4.30pm Sky Sports’ Paul Merson has poured cold water on Tottenham’s chances of gate-crashing the Premier League’s top four this season, claiming Jose Mourinho only has a few top players at his disposal.

With key fixtures in the top-four race and a Carabao Cup final in April, this month could be a decisive one for Spurs under Mourinho – and the futures of their star players.

Tottenham sit three points off fourth-placed West Ham, with Premier League games against United, Everton, and Southampton in the coming weeks, before they take on Manchester City in the Carabao Cup final on April 25.

Ahead of Spurs facing Manchester United on Super Sunday, Merson spoke to Sky Sports, giving his verdict on the Newcastle draw, Harry Kane’s future, the team’s top-four struggles, and the huge task of the Wembley showdown with City at the end of this month…

‘Jose does exactly what it says on the tin’

“Football is decided on fine margins. Harry Kane goes through, gives the goalkeeper the eyes and hits the post. If that goes in it’s game over and they might even score another goal before the end of the game and we are all talking about how amazing Spurs are and what a result it is to win at Newcastle.

“But, in the end, they draw 2-2 and that’s it really, you look at Spurs and you worry about them. I worry because if you are calling the players out like that, I don’t think it’s going to work out.

“The players are going to go the other way, which they shouldn’t because it’s a bit of a joke, but that’s part of it nowadays.

“When they open the game up, they look OK, but it’s hard. We know what it says on the tin with Jose Mourinho. That’s the way they play. 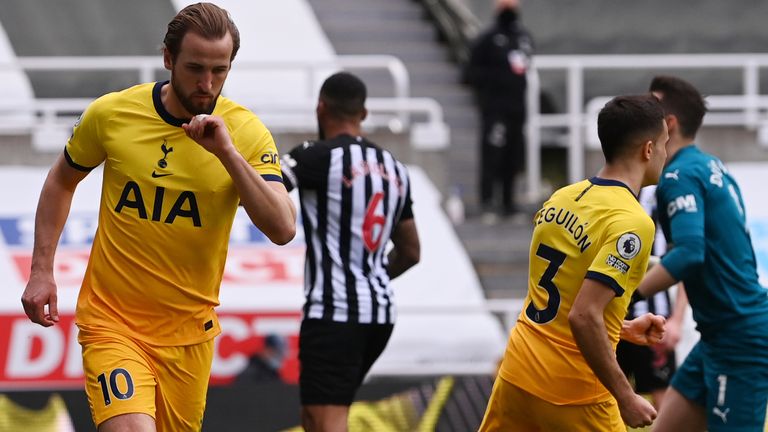 “Do you want to get to Wembley, play in a cup final against Man City and sit with 10 men behind the ball for 90-odd minutes? Let’s be honest, that’s what is going to happen. It’s the most predictable thing we are going to see in a cup final. 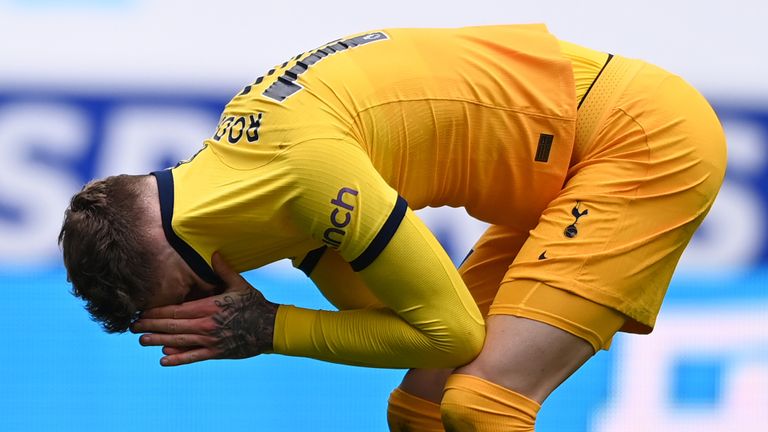 “Sometimes you look at a cup final and think a team may have a go and take the game to the opposition, but we know full well that this game will see Spurs sit back, Man City will have 70 per cent possession, at least, of the ball and it will just be what time.

“Do you want to play your career like that? You are going to be playing in a big cup final and you will just be working on scraps.

“It will be interesting to see what he wants to do. Does he want to win trophies or does he just want to win golden boots? Golden boots are an individual thing, not a team thing.”

‘No chance of top four’

“I don’t give them a chance of reaching the top four. I just can’t see them putting five or six wins together.

“They go to Newcastle, who are struggling like mad, and all of a sudden it has opened up for them. Chelsea have been beaten, Leicester have been beaten and Spurs had a chance to stamp their authority on the race for the top four.

“But they go to St James’ Park and it was never comfortable for them. I never sat watching the game thinking Spurs have definitely won this. It just wasn’t like that.

“That’s why I can’t see them stringing enough wins together. They do tend to shoot themselves in the foot. They’ve got that inconsistency about them.” 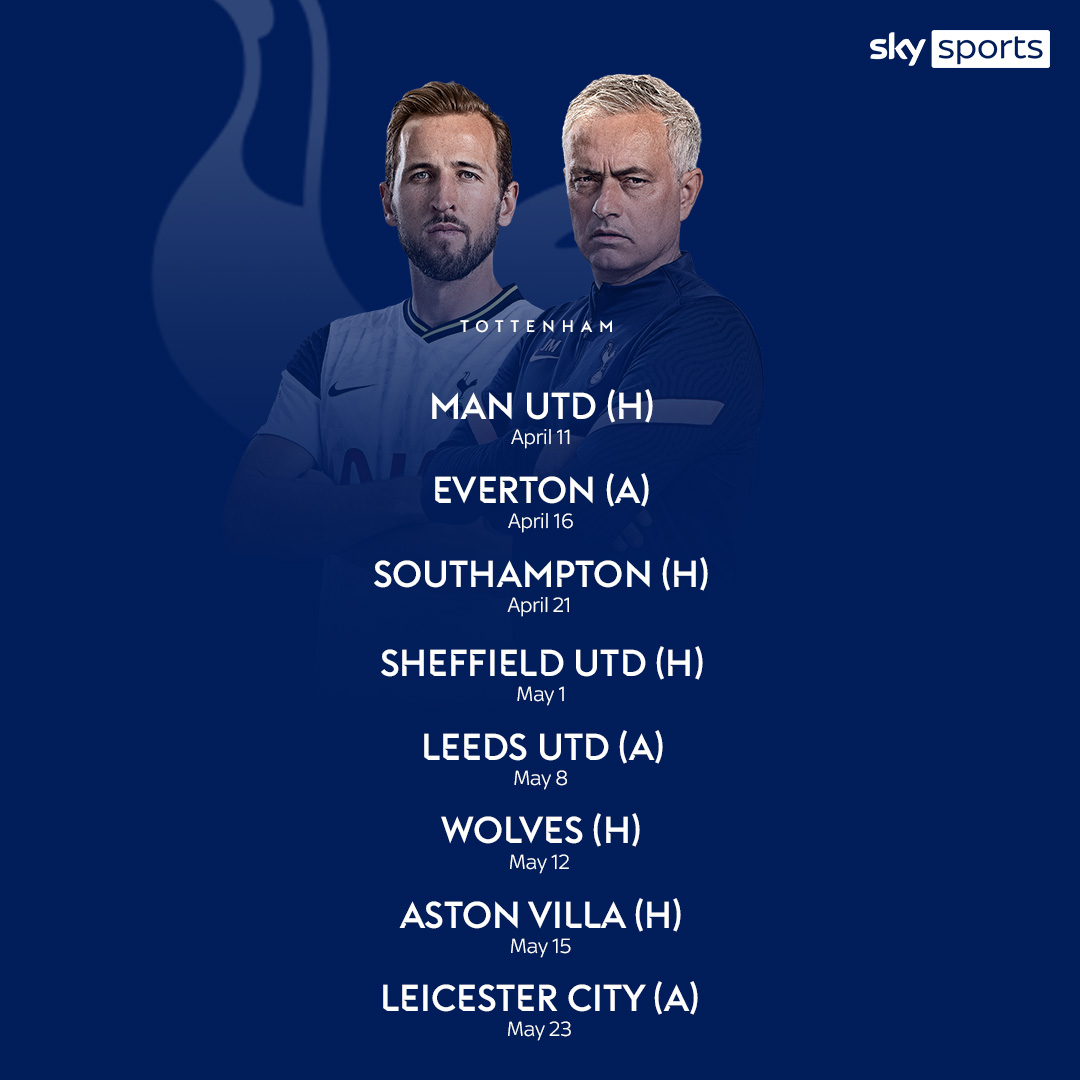 “I worry for them in the Carabao Cup final against Man City. I do not know what it will do to the club and the players. I played in an FA Cup final for Aston Villa and the manager went negative, sitting everyone behind the ball against Chelsea.

“We ended up getting beat and after the game you sit there and think what a waste of time. We tried our hardest to get to the final of the FA Cup and then we just sit there and wait to get beat.

“Now, if you are going to lose, go out in a blaze of glory, but you know that isn’t going to happen with Mourinho and Spurs.

“Then. That’s when you start sitting there and Kane will start thinking about his future and what he wants from football. He’ll have been in a cup final and his team will have sat 10 behind the ball and he’ll have to feed off scraps.

“That’s where the problem will lie for Spurs and Kane.” 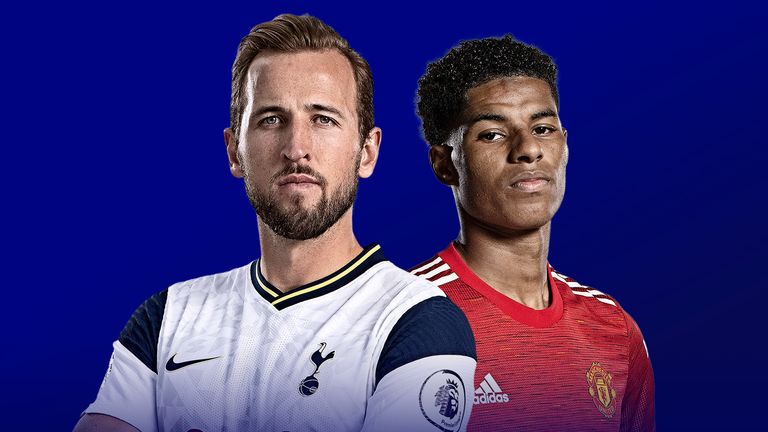 Tottenham vs Man Utd will be shown live on Sky Sports Premier League and Main Event from 4pm; kick-off 4.30pm. Sky Sports customers can watch in-game clips in the live match blog on the Sky Sports website and app.