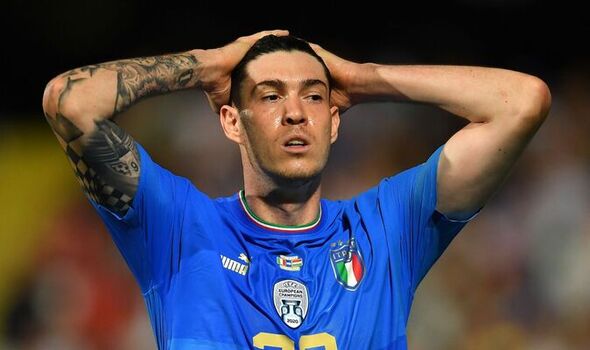 Reports in Italy claim Tottenham are refusing to concede defeat in their attempts to sign Alessandro Bastoni as they prepare to submit an intriguing swap deal proposal. In England, all the talk regarding a potential move to the Premier League this summer ended on Wednesday when the player’s agent Tullio Tinti, who also represents Inter Milan coach Simone Inzaghi, confirmed his client will be staying at the San Siro next season.

Tinti met with Inter chiefs to gain a greater understanding of the situation and the conclusion was that Bastoni would be going nowhere in the coming months.

It means Tottenham have been forced to go back to the drawing board after previously identifying the 23-year-old as their top transfer target.

Bastoni is clearly happy at Inter and not ready to move on at this stage of his career, despite his desire to play under Antonio Conte again one day.

Yet according to Italian outlet Calciomercato, Spurs are ready to test the water for Bastoni.

The report claims they will offer up to £26million in cash plus Davinson Sanchez.

The Colombian international has lost his place in the Spurs side under Conte and the north London club are ready to listen to offers for the defender.

That’s why it would seemingly make sense for them to include Sanchez in a deal for Bastoni, although it’s also pointed out that Inter are unlikely to accept the proposal.

Speaking after his meeting with Inter, Bastoni’s agent Tinti told reporters: “He is definitely staying, he has a contract and is happy to play for Inter.”

It would now prove to be a major surprise if Inter would to go back on their word and what was agreed between the two parties.

Instead, Milan Skriniar is the Nerazzurri defender that could be moved on before the start of the 2022/23 season.

The Slovakian international, who was previously targeted by Spurs in 2020, is the subject of strong interest from Paris Saint-Germain.

Tottenham do have alternative targets on their radar though, ready to be explored if there is no movement on Bastoni.

Talks remain ongoing behind the scenes with Villarreal over a swap deal for Pau Torres that would see Giovani Lo Celso join the Yellow Submarine on a permanent basis.

Spurs are also big fans of Josko Gvardiol but the Croatian international is expected to stay with RB Leipzig unless an astronomical offer is submitted.

Lille’s Sven Botman, who is also being chased by Newcastle and AC Milan, is another defender of interest to Tottenham’s managing director of football Fabio Paratici.

Barcelona have also offered Tottenham the chance to sign Clement Lenglet on a two-year loan deal.