Tottenham have been told when their star man Harry Kane would consider signing a new contract at the club following the England captain being linked with a move to Bayern Munich. Kane has two years left on his current deal, and Antonio Conte’s side may want to tie him down to a longer deal to avoid another transfer saga after Manchester City’s pursuit of the forward last summer.

Bayern Munich boss Julian Nagelsmann refused to rule out a future move for Kane, while the club’s CEO Oliver Kahn also admitted that it would be a “dream” to bring the 29-year-old to the Allianz Arena. “He’s very expensive,” Nagelsmann said. “That’s the problem – but a brilliant player. [He’s] one of the best forwards.

“[He’s] perhaps one of two or three who can play as a centre forward [as well as a] No 10, but he’s very strong, brilliant with [his] head and both feet. He could score a lot in the Bundesliga, I don’t know the price, but it’s really tough for Bayern Munich. We’ll see what happens in the future.”

The news prompted reports that Spurs could hand Kane a new contract to deter any interest from the German side, but former Aston Villa striker Gabby Agbonlahor believes that their vice-captain will wait to see how this season pans out before entertaining the idea of a new deal. “I don’t think he [Kane] will be in a rush,” Agbonlahor told Football Insider. “I think he’ll wait until midway through the season, wait and see how the season is going. 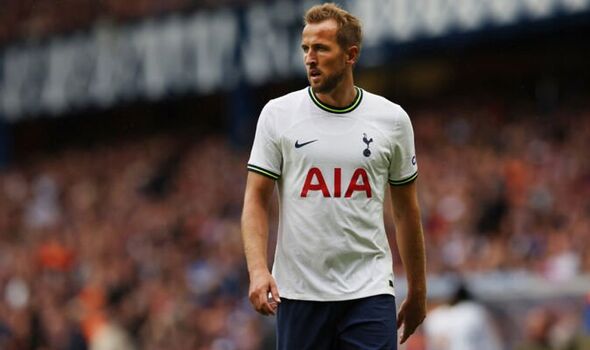 “If they’re in the knockout stages of the Champions League, in the top-three, if they are still in the EFL Cup and FA Cup he might look at it and think ‘This club is going in the right direction, I will commit my future’. He’ll be in no rush to do that, to be honest.”

Conte was not happy at Bayern Munich’s public declaration that they are interested in Kane. “Honestly I didn’t hear this,” Conte told reporters after Spurs’ friendly win over Rangers. “For sure I’m a coach who doesn’t talk about players from other teams. 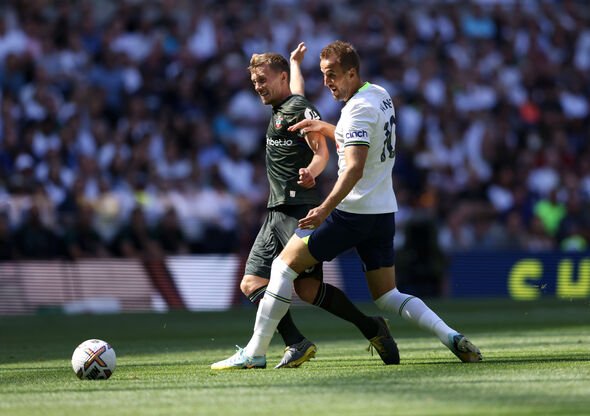 “At the same time, I don’t like to speak about players from another club. If I want to do something I go to speak to the club, not through the media.