Antonio Conte could become available in the next few days as reports in Italy claim he is on the brink at Inter Milan. The Italian boss – who guided the club to the Serie A title this season – is close to walking away amid tensions with owners Suning over their pandemic-related financial problems.

The Inter players were asked to take a pay cut earlier this month by president Steven Zhang, an offer that was refused by the squad.

Now it is feared that Conte has managed his last game for the Italian giants and feels he will be unable to build on this season’s successes.

That’s where Tottenham come into play and should Conte be available, Spurs would certainly explore whether appointing him is financially viable.

The former Chelsea boss guided the Blues to the Premier League title and FA Cup in two seasons in west London between 2016 and 2018.

JUST IN: Mauricio Pochettino ‘tells friends he will quit PSG for Tottenham’ to fulfil Spurs promise 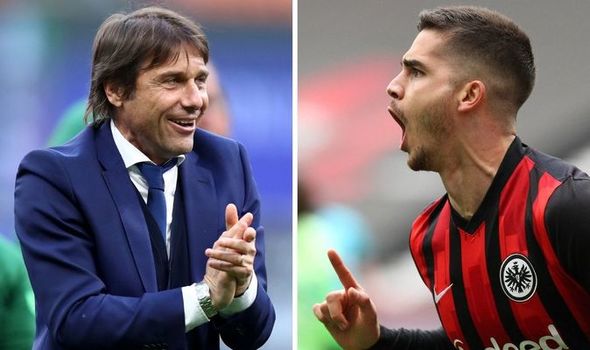 His three-at-the-back system saw Chelsea cruise to the title and should he land the Spurs job, we could see a similar 3-4-3 formation put to use.

Conte will want assurances he can spend though in north London and the sale of Harry Kane may have to fund transfer business.

Hugo Lloris is expected to stay as the club’s first-choice goalkeeper despite entering the final year of his contract.

In front of him, there could be big changes in defence with Toby Alderweireld the only centre-back in line to keep his place.

Conte could look to raid Inter for his current player Alessandro Bastoni, while Joachim Andersen is in line to sign from Lyon after an impressive loan spell with Fulham.

Max Aarons is also a target and he could slot in at right-back while Sergio Reguilon could keep his place in the side.

Pierre-Emile Hojbjerg and Tanguy Ndombele could also remain on the team sheet. Both were among the few positives for Tottenham this season.

RB Leipzig captain Marcel Sabitzer is another name under consideration and he can play on the right-side of attack as well as in a midfield three. 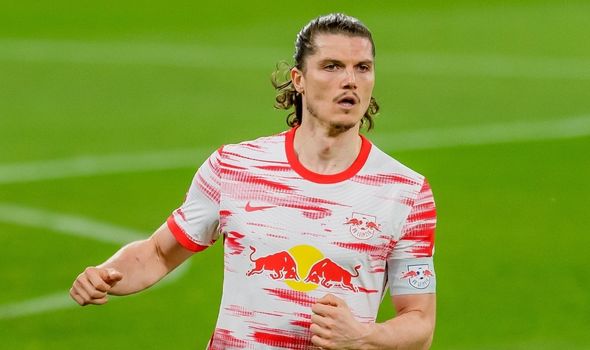 While Kane could be heading for the exit door, Son Heung-min looks set to step up and become the main man in attack.

Gareth Bale could also return to Spurs and if he does, he will play a part under Conte but for now his future remains up in the air.

Should the England captain leave the club, Eintracht Frankfurt’s Andre Silva is among the best options out there on the market for Tottenham.

Silva has played the exact same role in a replica system for Eintracht this season, firing home 30 Bundesliga goals.