Liverpool defender Trent Alexander-Arnold’s blushes were spared after he netted a bizarre own goal, which was soon chalked off, in the thrilling win against Leeds.

The return of the Premier League on Saturday saw both sides share a seven-goal thriller at Anfield, with the champions edging to a hard-fought victory thanks to Mohamed Salah’s hat-trick.

Leeds posed a constant threat during their first clash back in the top flight, and Liverpool’s defence were made to appear uncharacteristically shaky throughout. 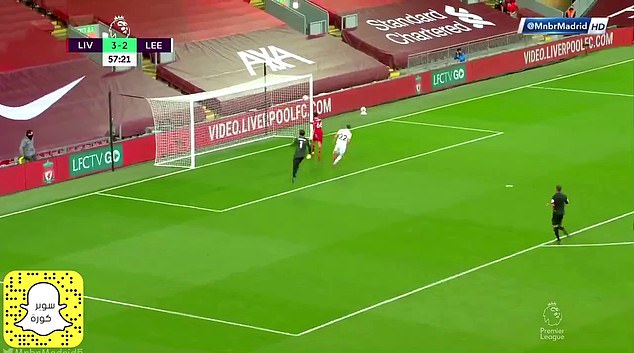 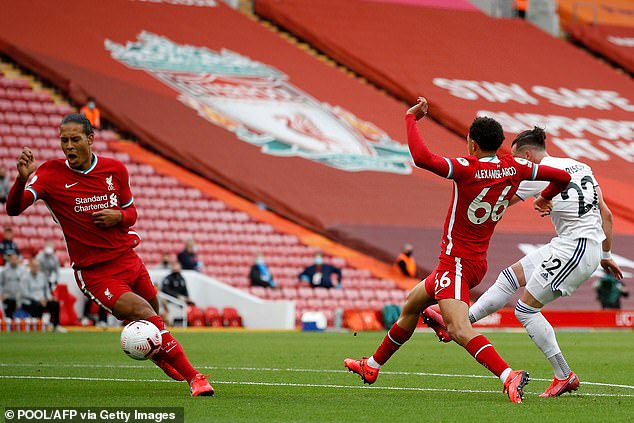 The eye-opening incident happened in the 57th minute, with the hosts narrowly leading 3-2.

A seemingly routine long punt forward towards Jack Harrison saw the Leeds man lob over the head of Alisson Becker, and Alexander-Arnold raced behind to attempt to clear off the line.

But his header went strangely astray, instead nestling messily into the far corner of the gaping net. 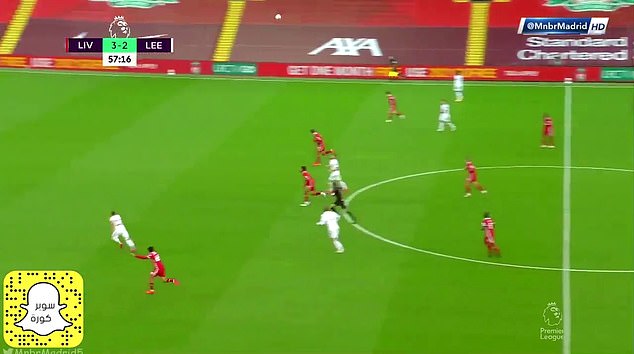 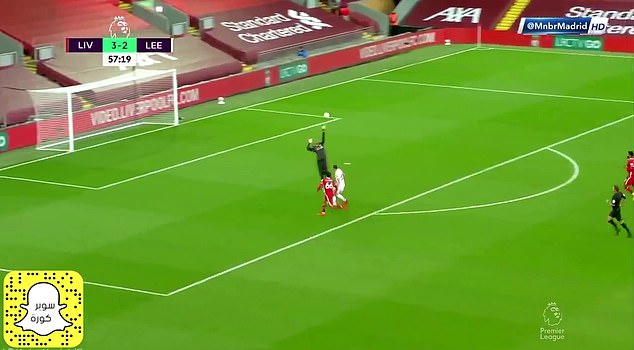 The raised flag from the linesman immediately chalked off the error, however, with Harrison having been caught offside before his dash forward.

Leeds delivered a spirited display and made Jurgen Klopp’s men scrap hard for their maiden win in the defence of their first title in three decades.

Salah scored the opener from the penalty spot after Robin Koch was penalised for handball, although Jack Harrison rifled home the leveller following his drive down the left and jink inside.

Liverpool were then powered back in front through Virgil van Dijk’s close range header. But the towering Dutchman soon committed a horror error at the other end, letting Patrick Bamford squeeze home past Alisson to equalise again from the loose touch. 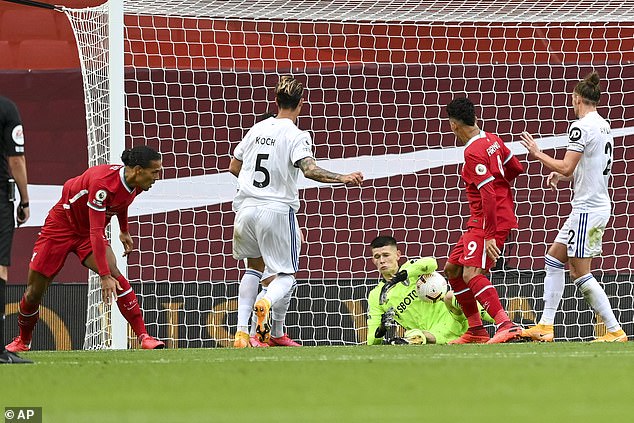 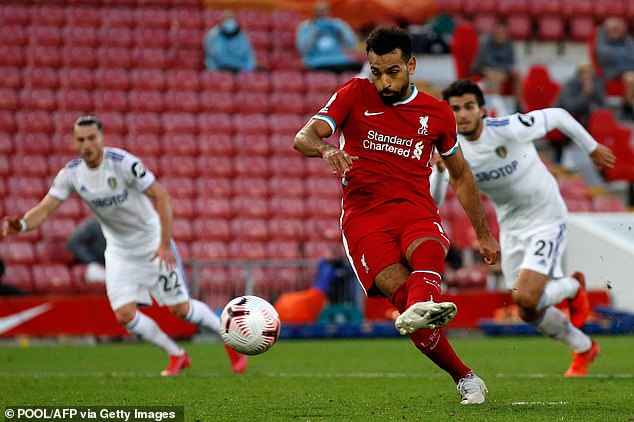 Mohamed Salah’s hat-trick, the third goal a penalty, saw the hosts edge to victory at Anfield

The end-to-end nature of the encounter continued, Salah smashing into the top-right corner from a loose ball and Mateusz Klich burying neatly for 3-3.

Leeds’ grip on their point was loosened just two minutes before full time in heartbreaking fashion.

Rodrigo, making his professional debut for the visitors, caught Fabinho inside the box with a dangling leg and Salah converted again from 12 yards. 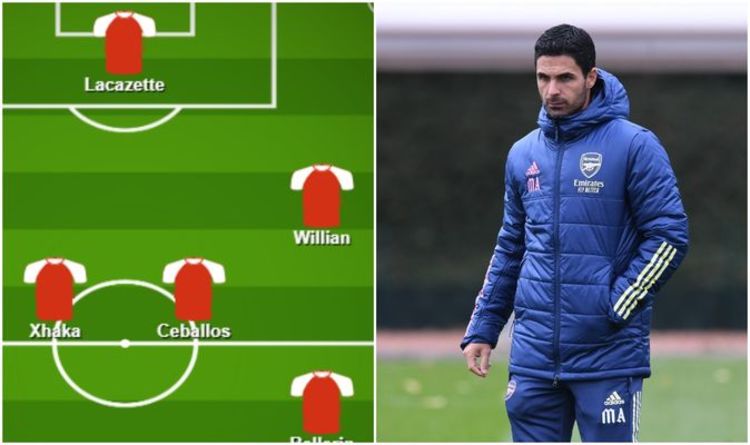