Home » Soccer » Tuchel insists Giroud will have time to prove himself

Thomas Tuchel says Olivier Giroud will have time to prove himself as uncertainty rumbles on over his Chelsea future.

The 34-year-old’s contract expires in the summer but he continues to demonstrate his worth on the sporadic chance he gets in the team, with 10 goals from only nine starts across all competitions this season.

Since Tuchel replaced Lampard the striker’s playing time has been limited to two starts and one appearance from the bench, the latter of which saw the Frenchman score the first in the 2-0 win over Newcastle on Monday. 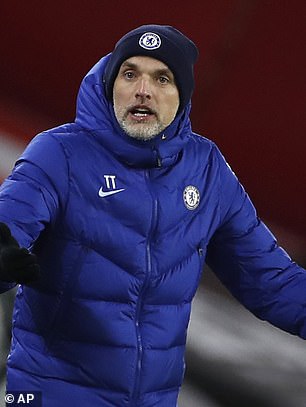 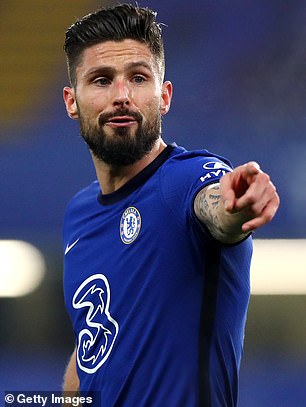 While it remains likely that Giroud will leave the club at the expiration of his contract, Tuchel made it clear that nothing has been finalised.

‘What I can say is that until now is that I am super happy that he is here. He is one of the top strikers in the box, he’s physically strong, he has an incredible first touch when he takes balls directly, he is very, very strong on that, he is very strong on headers. He had an amazing game against Newcastle, he is very positive in training, very impressive, and right now he plays a key role in the squad. 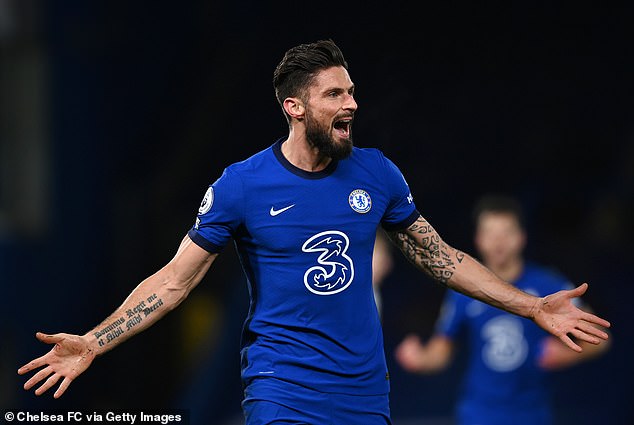 ‘He is a key figure, maybe not because he plays 96 minutes, but the way he behaves and with his experience on a daily basis so far the last three weeks he has a huge impact in a most positive way that we can wish.’

Giroud is expected to start against Southampton on Saturday, with Tammy Abraham facing a late assessment on the bruised ankle he sustained against Newcastle.

There are doubts over Christian Pulisic, who has a calf issue. It follows a number of other muscular injuries since the American joined Chelsea. Tuchel said: ‘He has little issues with the calf, he stopped training (on Thursday) before it became an injury so I would not say it is an injury, it is risk management. And it relies on the history of injuries. We did not want to enter the same cycle.’