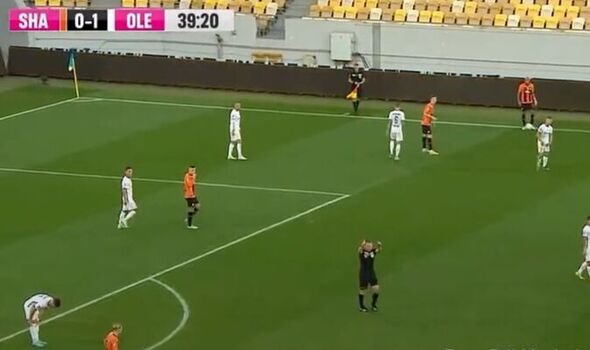 A football match in Ukraine between Shakhtar Donetsk and Oleksandriya was suspended on Saturday after an air alarm was sounded in the vicinity of the stadium. The game, which was taking place in Lviv, pitted the second and fourth-placed teams in the Ukrainian Premier League against each other in a potential early title decider but was halted shortly before the half-time whistle.

The referee blew up with 40 minutes on the clock due to a siren that was heard in the surrounding area, indicating that missile attacks were possible. The players from both teams were then led down the tunnel and into a shelter, forcing the match to be delayed for a considerable length of time.

Shakhtar confirmed that the game had been suspended with an update on their official Twitter account, which read: “Match interrupted due to air alarm in Lviv. The participants of the game proceeded to the shelter. Take care and find a safe place!”

The Ukrainian Premier League kicked off earlier this season in spite of Russia’s ongoing invasion of the country, which has lasted for almost 10 months. However, the matches are being held without any fans in stadiums, while grounds have also been installed with shelters in case air sirens are heard.

For the latest news and breaking news visit: /sport