Virgil van Dijk admits he would be honoured to be crowned with the Ballon d’Or this year after his starring role in Liverpool’s Champions League triumph.

The Dutch centre-back is hotly tipped to be the first defender since Fabio Cannavaro in 2006 to win the award.

But he is focussing on staying fit and improving his performances next season. 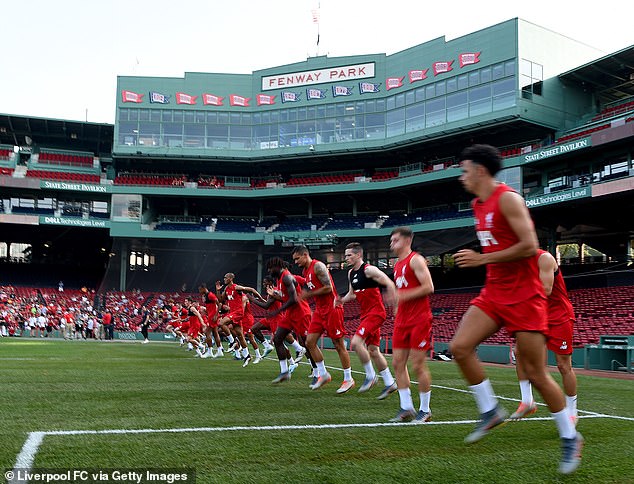 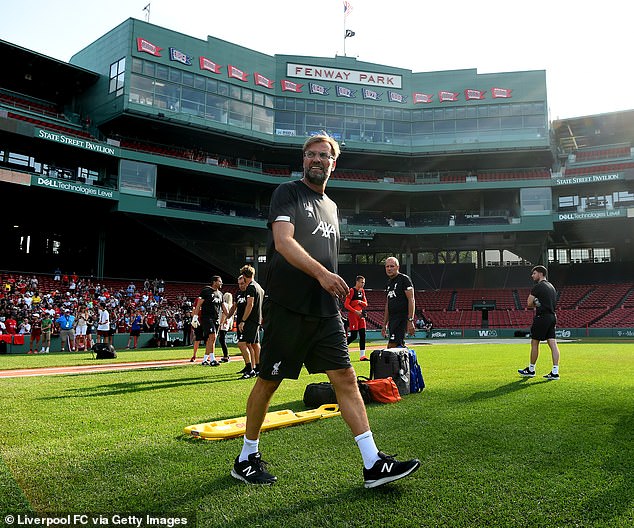 ‘It’s an honour if people are talking about it, but what can I do? I have no influence on anything’, he told Liverpool’s website.

‘The people that have an influence on it, they have to decide who’s going to win it.

‘I can’t deny that I’ve had a pretty good season last year, so the only thing I can do now is just focus on the new season, getting fit, stay fit and hopefully get an even better season than I had last year.’

Van Dijk was among the Liverpool stars who took part in an open training session at Boston Red Sox’s Fenway Park on Saturday. 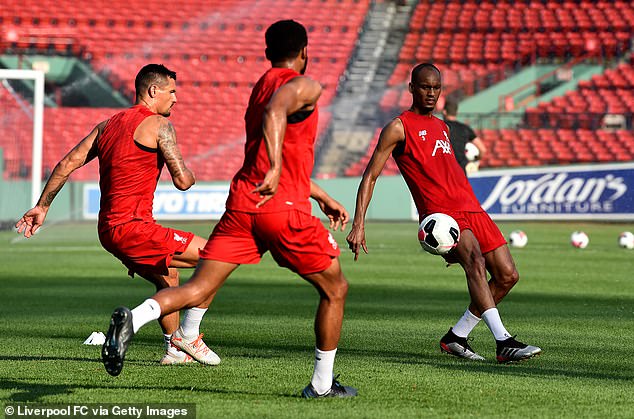 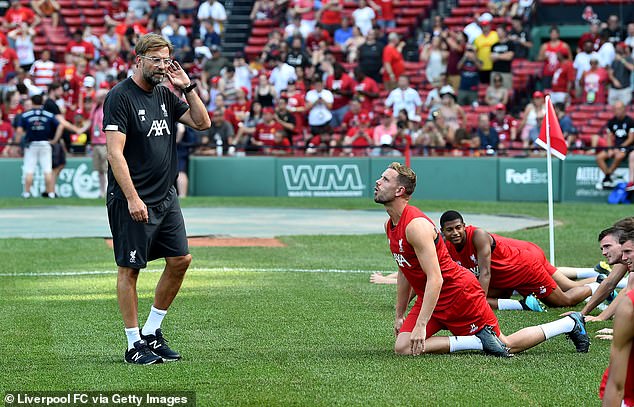 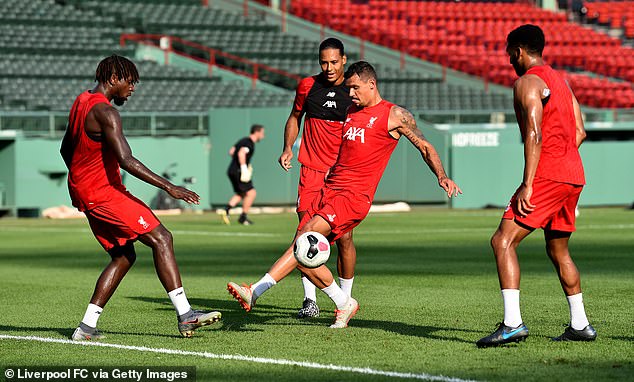 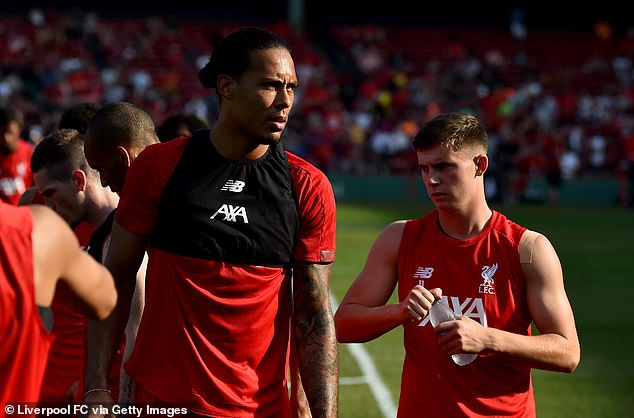 Jurgen Klopp and his players were making the most of their connection with the baseball side through owners Fenway Sports Group.

The Reds return to action on Sunday when they face Sevilla.

They were beaten 3-2 by Borussia Dortmund in their last runout on Friday night despite goals from Harry Wilson and Rhian Brewster.

Van Dijk made his first appearance of pre-season with a half-hour substitute appearance. 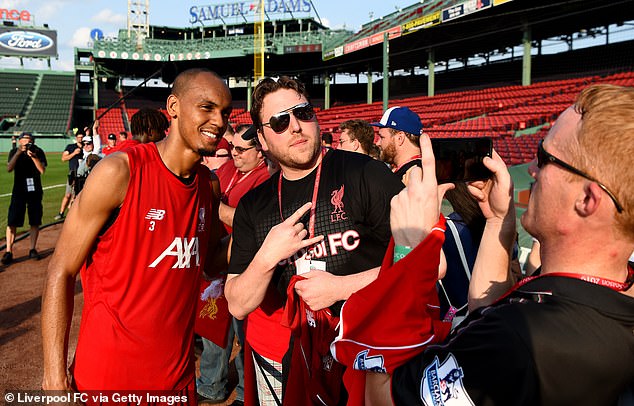 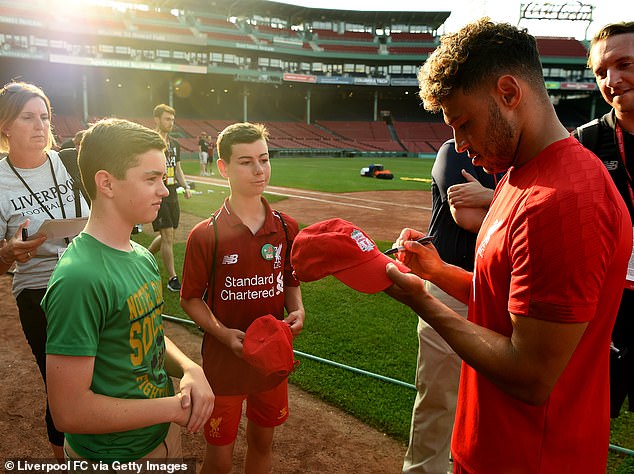