‘You have no vision in football’: Louis van Gaal FUMES at Dutch journalist for claiming the Holland coach enjoys defensive football ‘like Chelsea and Liverpool’ play

Louis van Gaal raged at a Dutch journalist in a press conference on Monday after the reporter claimed he enjoys defensive football ‘like Chelsea and Liverpool’ play.

The Dutch national team boss was reinstalled as his country’s manager for a third time earlier last month – after stints in the 2000s and 2010s – and has started his latest tenure with four points from a possible six in September’s World Cup qualifiers.

Van Gaal used a 3-5-2 formation at times while as manager of Manchester United, his last managerial job before becoming Holland boss, and was slammed by Red Devils fans for not playing attacking football at Old Trafford. 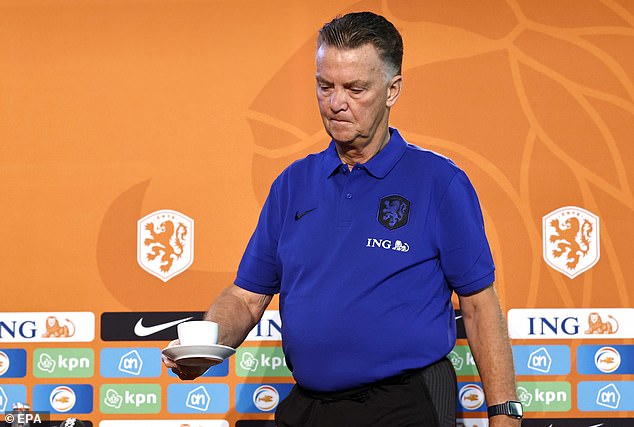 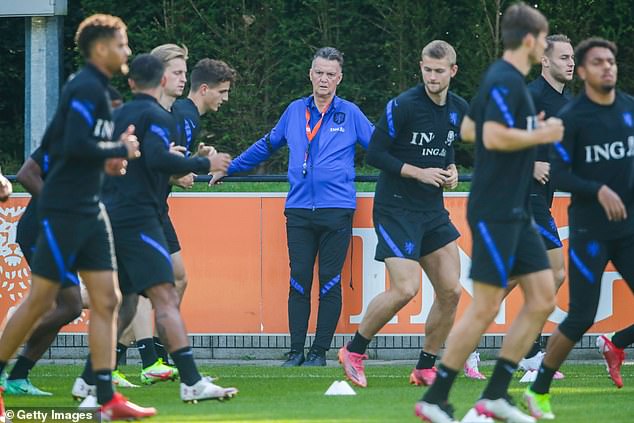 Yet while he has used a back four in his two matches so far as Holland manager, journalist Valentijn Driessen accused the 70-year-old of wanting to see more defensive-minded football in the game.

‘Look at the (others) results,’ Van Gaal told his press conference ahead of their next match with Turkey. ‘Look at Italy, (they are) European champions, (they) have now drawn twice.

‘It’s not all that easy. Defensive football has made its appearance and there is applause for that afterwards.’

Journalist Driessen responded: ‘But the one applauding is you. You also want to play like Chelsea and Liverpool.’ 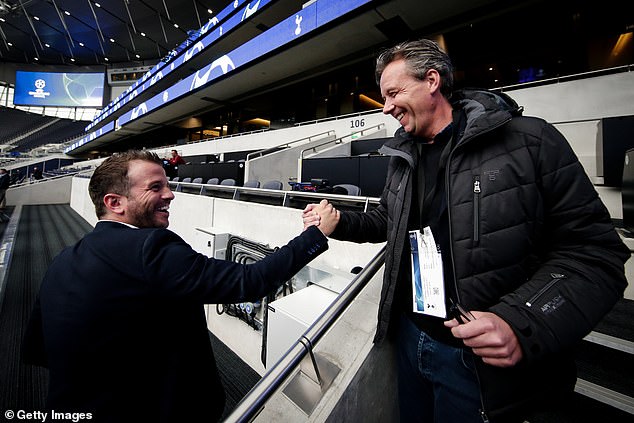 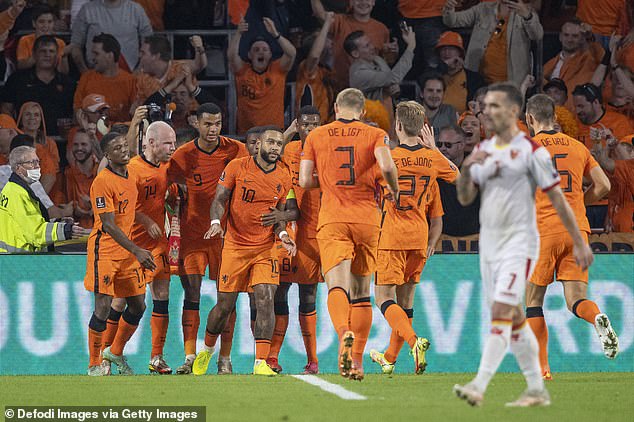 ‘Is that defensive football, in your eyes?’ Van Gaal replied.

‘It’s what Chelsea do,’ said Driessen.

‘Not at all, Valentijn!’ bellowed Van Gaal. ‘You have no idea at all. I’m sorry to say it, but you’re just a journalist. You want to implement your vision, but you have no vision in football. You have a vision for the newspaper, fantastic. You attract attention, and so on.

‘But with 5-3-2 or 5-2-3 you can attack incredibly well. Chelsea shows it every time, with different formations. And I take my hat off to Mr (Thomas) Tuchel, because he got in halfway through (last season).’ 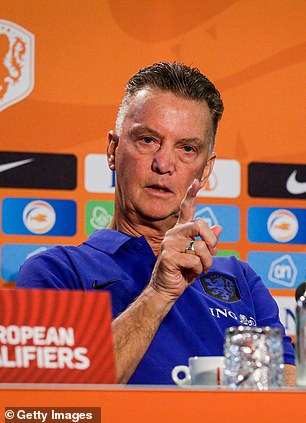 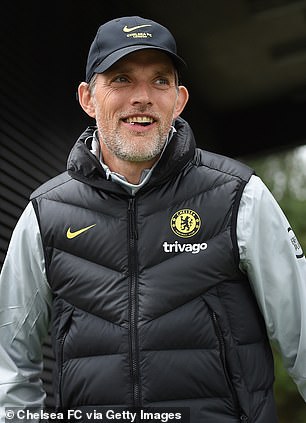 The pair referenced Chelsea as German head coach Tuchel brought in a 3-4-2-1 or 3-5-2 formation at Stamford Bridge when he arrived at the club in January of this year.

Tuchel helped the Blues go from ninth in the Premier League to Champions League winners, while he also earned the west Londoners a top-four spot on the final day of the season.

Driessen criticised Chelsea’s tactics in their Champions League final victory over Manchester City in May before accusing Van Gaal of enjoying that style of play, with the 70-year-old agreeing with him. 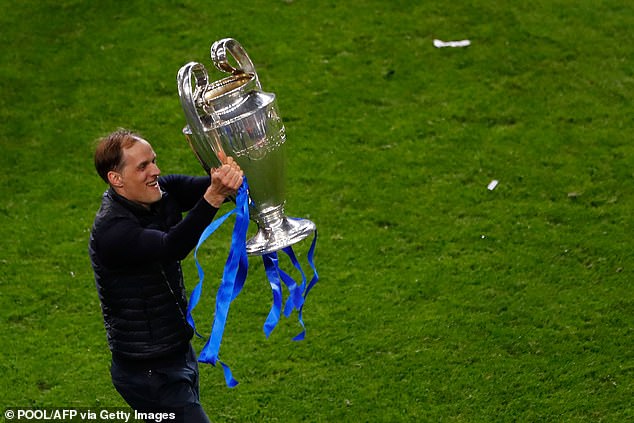 ‘Yes of course!’ said Van Gaal. ‘You should read my book, because you probably won’t.’

‘But your first vision in your first book is at odds with your current vision,’ said Driessen.

Van Gaal then responded: ‘Have you ever heard of evolution? I’m developing too and Memphis (Depay – sitting next to him at the press conference) is developing too. And me at the age of seventy.’