Home » VIEW FROM SPAIN: Digs at Zinedine Zidane are ridculous

VIEW FROM SPAIN: Digs at Zinedine Zidane are ridiculous, the Real Madrid boss has won three Champions League trophies and two LaLiga titles – he is a coaching great

When Zinedine Zidane’s Real Madrid were knocked out of the Champions League last season by Manchester City, it brought to an end an incredible run for the French coach.

Since taking over in January 2016, Zidane had never been eliminated from the competition, winning nine knockout rounds and three finals consecutively.

If his team beat Chelsea he would be 90 minutes from going past Carlo Ancelotti and Bob Paisley as a four-time winner of the European Cup as a coach. 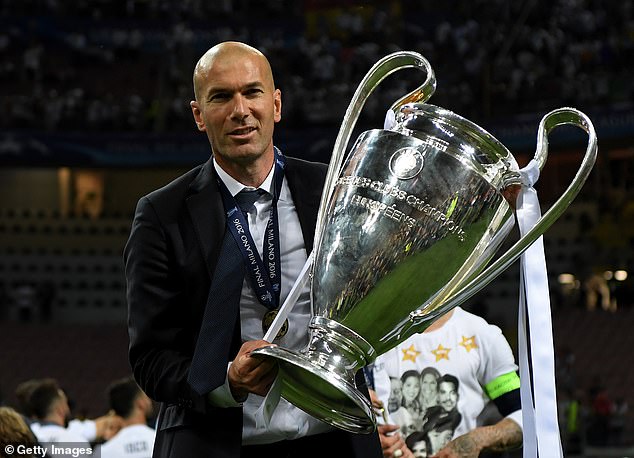 Yet there are no statues planned in Madrid and he’s still disparagingly referred to by some as the ‘selector’, someone who has done nothing more than pick the team for those three finals and the two La Liga titles he’s also won.

It’s hard to pinpoint why. His lack of interest in making the success about him has something to do with it. There’s also a casual air about him that makes it too easy to conclude success at Madrid has dropped into his lap.

On Monday he sailed through another potentially difficult press conference despite Madrid reporters trying to tease out of him whether he was worried about referee Danny Makkelie being out to reap revenge on behalf of UEFA. 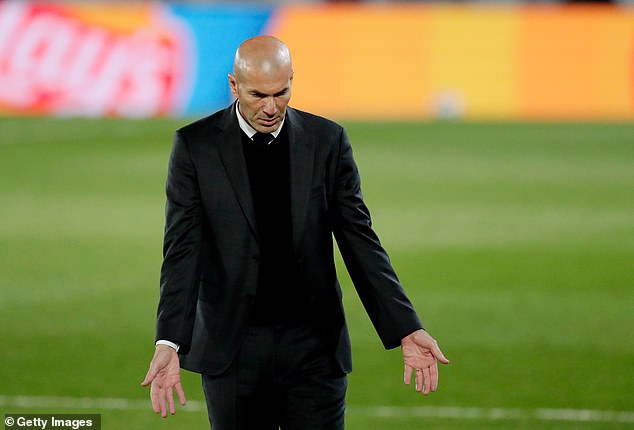 The Real Madrid boss is still disparagingly referred to by some as the ‘selector’, someone who has done nothing more than pick the team for the finals and LaLiga titles he has won

Zidane rarely gets flustered and almost never goes into a press conference with a message. Even when he does, the fact Spanish remains very much his second language means what he says is more colloquial than polished.

‘My players are de puta madre (f***ing great),’ he said in a press conference last December. On Monday he said Madrid were jodido (screwed) if they worry too much about the referee. It’s his natural way — say it how you see it. He was the same as a player.

A recent ESPN documentary about the Galactico period flashes back to the 2003-04 season when Madrid finished without a trophy because an over-reliance on the expensive superstars had worn them all out.

In the Champions League quarter-final second leg against Monaco, Madrid were winning 5-3 on aggregate at half-time at the Stade Louis II. But Zidane told Monaco’s Ludovic Giuly as they walked off the pitch together that Madrid were dead on their feet.

Guily told the Monaco dressing room and, emboldened, they came back out to score twice and reach the semi-final.

Zidane blurted out a similar admission after the recent league win over Barcelona when, instead of milking rare plaudits, he said: ‘We are at our limit physically. We are struggling to finish games.’ 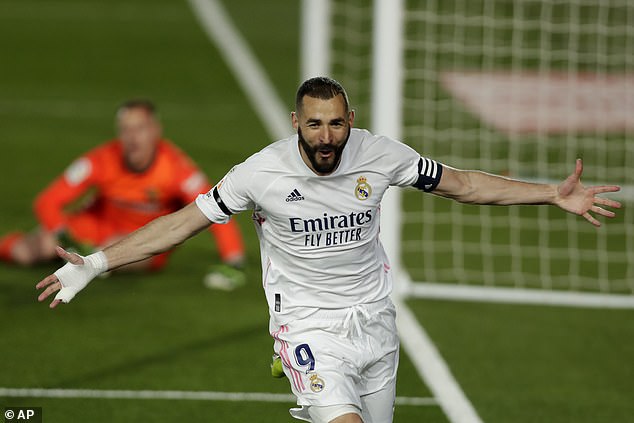 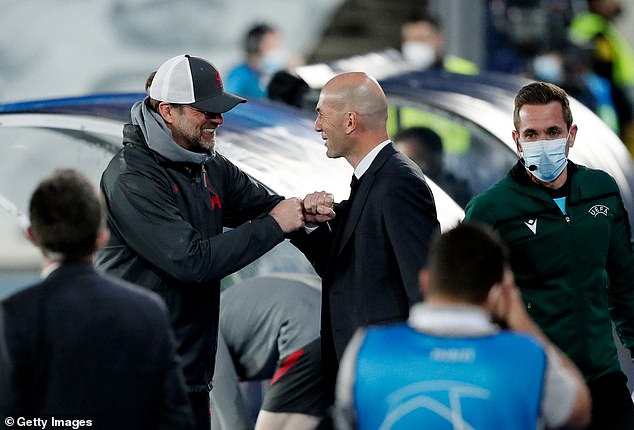 Again, it wasn’t so much a message as Zizou thinking aloud, having just outwitted Ronald Koeman, as he would later do to Jurgen Klopp.

Those wins over Barcelona and Liverpool — and Atalanta in the last 16 — had some of his fiercest critics saying they would never doubt or underplay his role again.

Diario AS declared ‘Zidane makes magic’ as they acclaimed the way he had switched between formations and tactics — patient build-up to pull Atalanta out of position, wingers to run in behind Liverpool’s high defensive line and an extra midfielder to nullify Barcelona’s wing backs.

Back at the start of February he told reporters: ‘What makes me laugh is the way you ask if I’m going to get the sack every time we have a bad game.’