Manchester United were beaten by Villarreal 11-10 on penalties after a 1-1 draw in Gdansk, but who struggled and who impressed in the Europa League final? 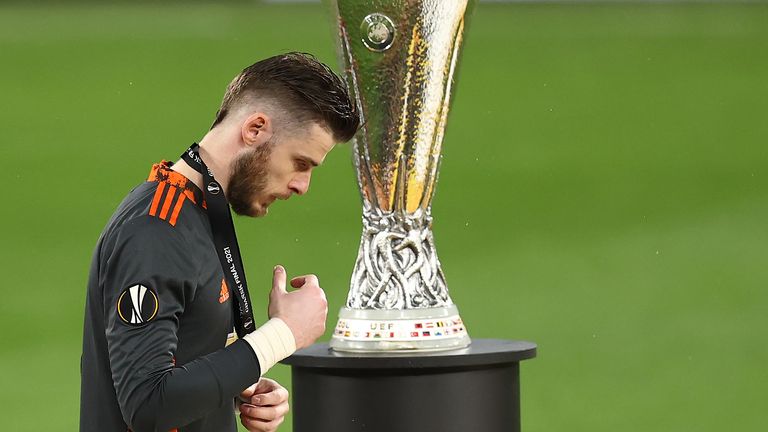 Given the nod over Dean Henderson – which could have ramifications this summer – but his loose ball out put United under pressure for the opening goal. Otherwise, De Gea was largely a spectator for 120 minutes.

Before the shootout, his last penalty save was 2016. He had 11 chances to break that run on a night he would rather forget. 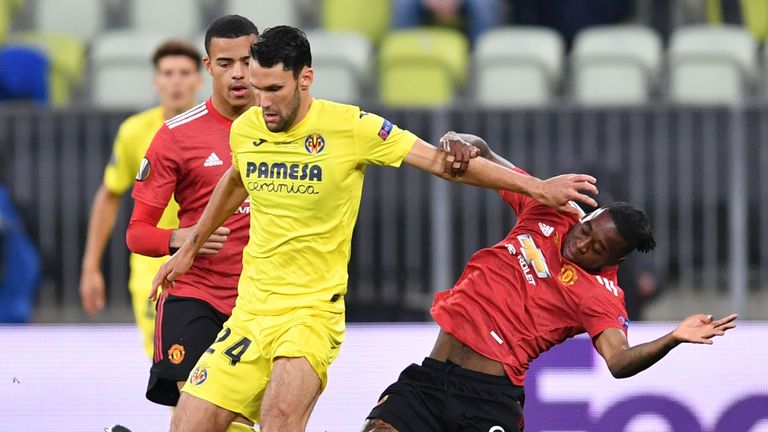 As we have seen throughout this season, better defending than going forward. With United dominating the ball, the onus on Wan-Bissaka to get it right in the final third, but his first touch was routinely backwards, so United chose the left and Luke Shaw as a route to goal.

Defensively? Faultless, but United needed quality at both ends.

A miscued and unnecessary overhead kick almost allowed Villarreal to score again early in second half, and allowed their forwards to bully him for the first hour. The rest of the game was about recycling possession for United’s forward players. Let Gerard Moreno run off him for Villarreal’s opener, and if the striker had not scored, Lindelof would have surely given away a penalty for the tug. For all the talk of United signing a striker, there is still a feeling an upgrade on Lindelof should be the priority.

Lindelof will get the majority of the blame for the first goal, but Moreno did run off Shaw first and foremost. Shaw’s role for most of the game was a left winger, and having been forced to deliver from deep on too many occasions in the first half, got plenty of joy in the second. Looked dangerous as United’s main attacking outlet from wide, putting a match-high 10 crosses into the box. 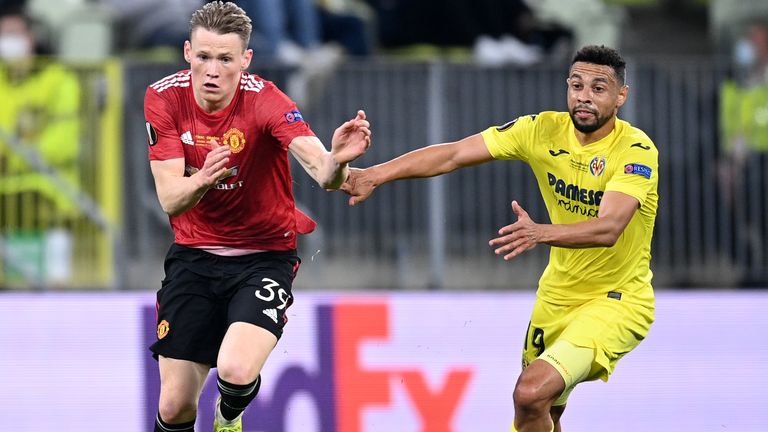 United’s best player. Bright and sophisticated in possession, particularly in tight spaces, and tireless in his quest to win the ball back. A constant driving force, arriving in attacking areas and to clean up defensively. A trophy on his 49th appearance this term would have been the perfect give for another year of progress. 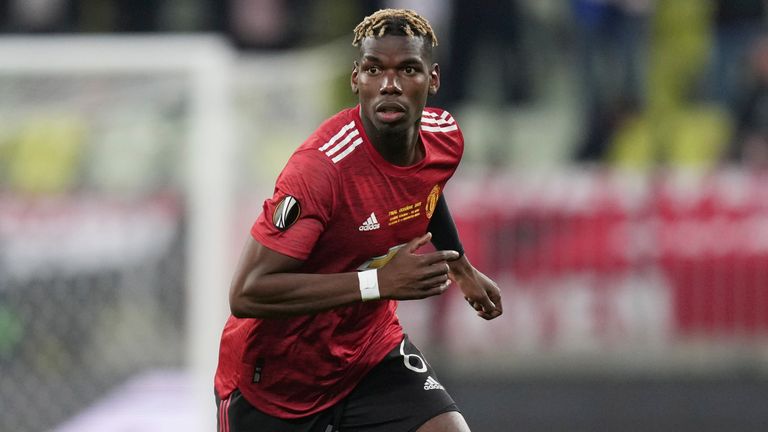 Along with Fernandes, the man United hoped would split open a stubborn, deep Villarreal backline. Showed promise early on with his delivery, but his role became industrious as the game got messy, making more interceptions than any other United player.

Struggled to find space for large chunks, stuck among a gang of nuisance yellow shirts. Forced to collect the ball from deep to get United going, but unable to produce the magic. 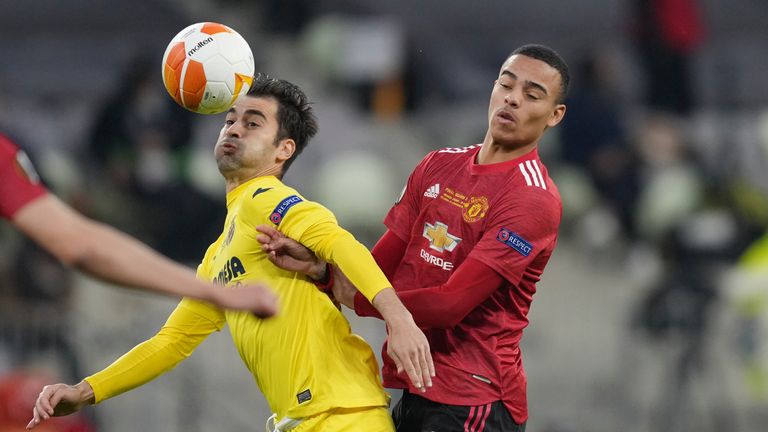 Positive and bright on the ball, but again saw his route blocked off by Villarreal, who clearly targeted both him and Fernandes. Broke through the cul-de-sacs on a few occasions, but did not manage a shot on goal. Somewhat surprisingly brought off for Fred in extra time. Hit and miss evening. Was robbed in possession too many times in the first half attempting direct runs into the box, but it was Rashford’s shot that pinballed around the penalty area for Cavani’s leveller.

Worked his way into brilliant positions on several occasions, but final action was missing, and missed a fantastic opportunity in space in the box to put United ahead. Another brilliant performance. Was in the right place at the right time in pouncing for the leveller, but that in itself is a skill. Real quality in his movement and hold-up play throughout, and the warrior United needed to fight back. Also saw the Uruguay striker pop up in defensive positions to snuff out Villarreal attacks.

Would have started the game had he been fit, but reduced to a late cameo with little highlights.

Not enough time to make a real impact as Solskjaer waited and waited to make changes.

Clubs will be able to start planning for the new term when the top-flight fixtures are released at 9am on Wednesday, June 16 but transfer business can start in earnest before then, with the summer transfer window opening on Wednesday June 9.

The 2021/22 Championship season begins a week before the top-flight one on the weekend of Saturday August 7. All Sky Bet EFL fixtures will be announced at 9am on Thursday June 24.