Report and free highlights as Neco Williams and Kieffer Moore manage the only two shots on target in Wales’ goalless draw with Albania in front of more than 4,000 at Cardiff City Stadium; Gareth Bale is late substitute while Aaron Ramsey plays an hour 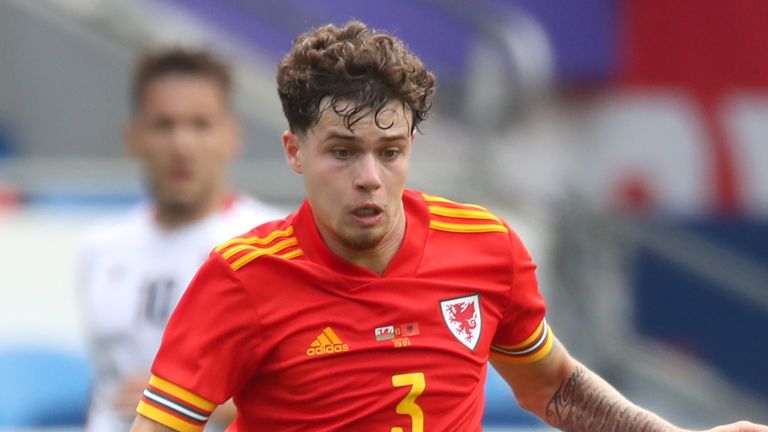 Wales’ fans returned to cheer them off to Euro 2020 with a hit-and-miss goalless draw against Albania, where Liverpool’s Neco Williams came closest to giving the hosts victory.

Stand-in manager Robert Page made eight changes from the side beaten in France on Wednesday while Albania named only four of the starting line-up from their last World Cup qualifier, so it was no surprise the game which followed was a particularly cagey affair.

Rey Manaj blasted the one real chance of the opening period over the bar after shaking off Chris Mepham, before Wales stepped up their second-half performance following a change in shape at the break.

It still took them 74 minutes to register the first shot on target of the match, with Williams hammering Matt Smith’s tee-up goalwards from 25 yards and testing Gentian Selmani.

Kieffer Moore’s header from Gareth Bale’s exquisite deep cross followed moments later and proved easier pickings for the goalkeeper, before an unscathed Wales embarked on a full-time lap of honour in front of their fans ahead of their departure for the European Championships this weekend.

Page said in the build-up he wasn’t looking to learn anything about his team from their final pre-Euro 2020 friendly, and the first half certainly offered little to digest.

Albania, on a run of five wins from six, seemed the sharper, quicker and more eager as they pressed their hosts from the front and restricted them largely to spells of possession inside their own half.

It was the visitors who had the best chance of a forgettable opening period, Rey Manaj firing over after shrugging off Chris, while Aaron Ramsey had Wales’ only shot of the first period, the false nine backheeling David Brooks’ low delivery into the stands.

A half-time switch to introduce Moore and revert to a back four immediately put Wales on the front foot, and 10 minutes into the second period Williams’ rising drive was close to putting them ahead.

On the hour Rhys Norrington-Davies’ low cross was sliced past his own goalframe by Amir Abrashi, before Harry Wilson marked his arrival by turning excellently before dragging his effort wide from distance.

Brooks saw a shot blocked moments before Williams’ excellent strike pulled the first save out of Selmani with 15 minutes to go, and Moore did likewise in an instant from Bale’s sensational deep cross from the left.

That brief flurry of goalmouth action was as close as either side would come to breaking the deadlock in what remained the only two shots on target of the match, with more questions than answers over Wales’ best formation a week before they begin their Euro 2020 campaign in Baku next Saturday.

With their Euro 2020 preparations over, Wales’ tournament begins next Saturday in Baku against Switzerland; kick-off at 2pm.

Albania travel to the Czech Republic, one of England’s Euro 2020 group rivals, on Tuesday in their hosts’ final preparation match for the tournament, live on the Sky Sports Red Button; Kick-off at 7.15pm.