Hein has yet to make a first-team appearance for the Gunners but the 19-year-old showed all his potential with super second half stops from Gareth Bale – twice – Tyler Roberts and Joe Allen. Bale also hit the post with a close-range header.

The result meant Wales lost the chance to put pressure on the Czech Republic in the race for second place their group, which Belgium lead. Wales forward Harry Wilson was also taken off in the first half appearing to complain of problems with his vision. 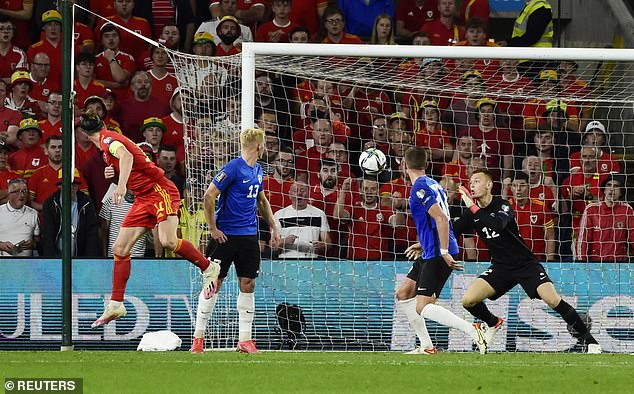 Tyler Roberts and Gareth Bale were denied by Estonia goalkeeper Karl Hein in the second-half.

Wales should have taken the lead after only 38 seconds when Chris Gunter charged down the right and crossed for Wilson, who somehow steered the ball wide from eight yards.

Bale and Tyler Roberts also missed chances before Wilson was substituted in the 37th minute, sitting on the turf and seeming to gesture that his vision was impaired. The Fulham forward had undergone treatment in the 16th minute after challenging for a cross with Hein.

The crowd rose to applaud in the 52nd minute as an image of former Wales player and manager Gary Speed, who died in November 2011, was displayed on the big screen. It would have been Speed’s 52nd birthday on Wednesday. 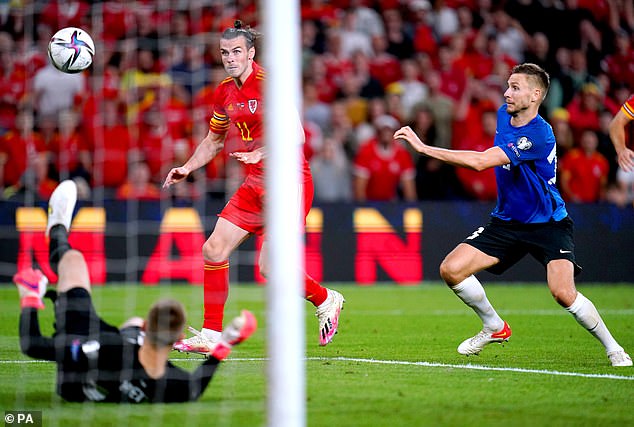 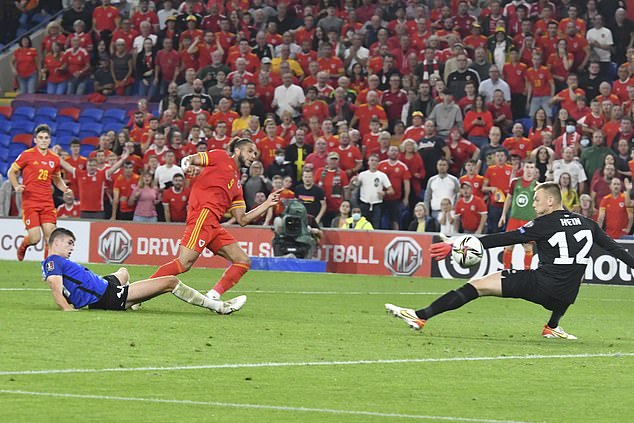 Wales upped their game but found Estonia – and in particular Hein – in fine form. First the goalkeeper made a fine stop to keep out Bale’s header from Ben Davies’ free-kick, and then saved with his foot from Roberts after Joe Morrell’s pass had put the Leeds forward clean through.

And when Hein was beaten, his defenders were there to bail him out. Substitute Mark Harris’ angled effort was hacked off the line by Maksim Paskotsi.

The 21,624 crowd – the first time there have been no limits on supporters for a Wales home game since November 2019 – became frustrated with Estonia’s delaying tactics in the second half as the visitors tried to run down the clock. 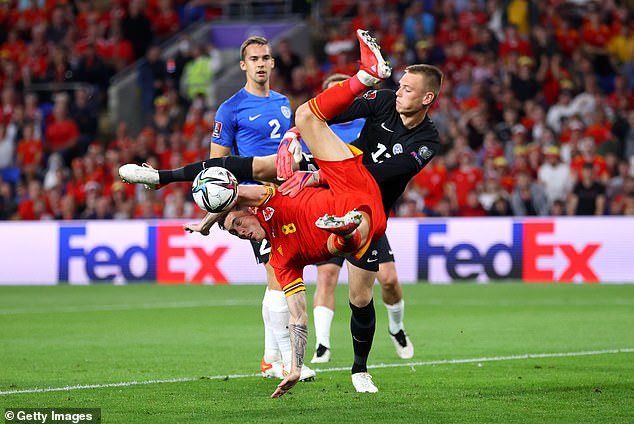 Bale burst into the box and was thwarted by Hein, before heading the rebound against the post. Hein was having the night of his life and reacted well to keep out Allen’s 20-yard effort.

At the other end, Danny Ward pushed Konstantin Vassiljev’s 30-yarder around the post.

Wales boss Rob Page was booked for his protests in stoppage time after Morrell was denied a penalty when he fell under a challenge from Karol Mets. 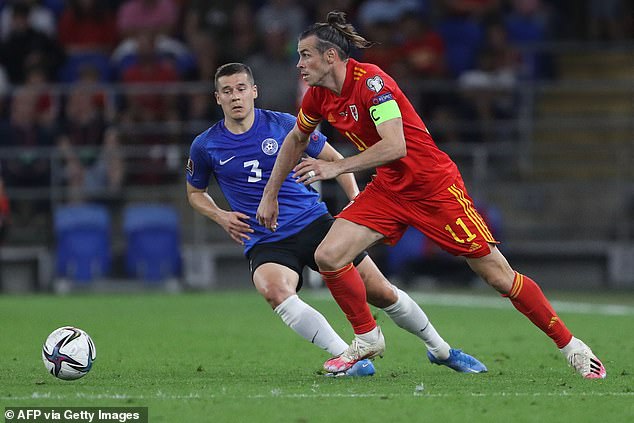