Wales striker Kieffer Moore plans to change his game after being ruled out of next month’s crunch World Cup qualifier against Belarus through suspension.

The 6ft 5in forward scored an early winner in Estonia on Monday to keep Wales in the hunt for a World Cup play-off place.

But Moore later collected a second booking in qualification after contesting a high ball, meaning he will miss the Belarus game in Cardiff on November 13. 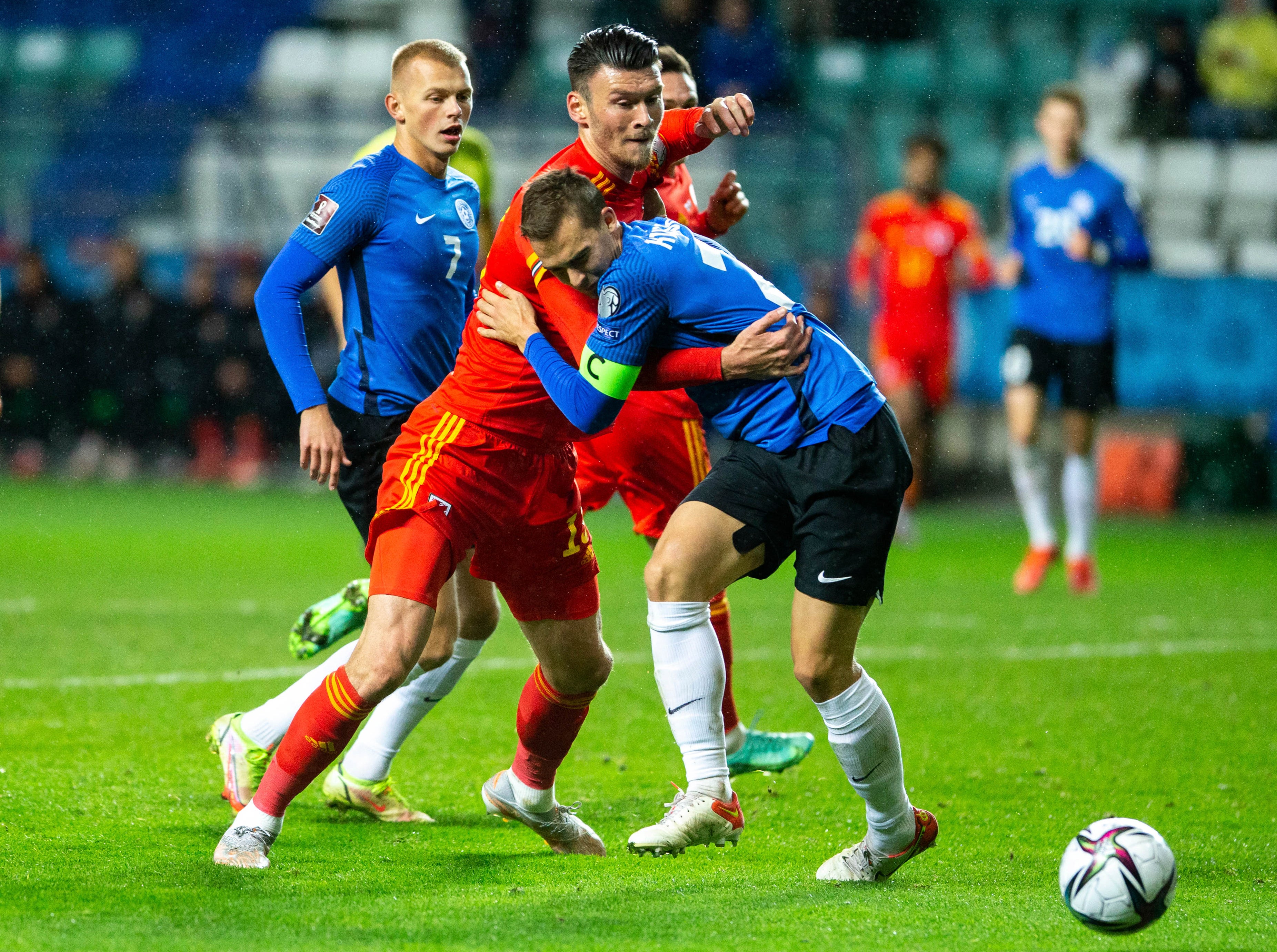 It was a familiar story for Moore, who has seemingly become a soft target for international referees and was urged by Wales captain Gareth Bale during Euro 2020 in the summer to jump with his arms down by his side.

“I am super-conscious every time I go for an aerial challenge and head it,” Moore said.

“I just get my body there and mentally try not to do too much. It does take some getting used to.

“In internationals, referees never really give you too much leeway. It is about adapting to that.”

In internationals, referees never really give you too much leeway. It is about adapting to that

Cardiff targetman Moore has become central to the way Wales play since making his debut in September 2019.

Moore’s close-range finish was his seventh international goal, the most of any Wales player since he made his debut, and his aerial ability acts as the perfect foil for Bale, Daniel James and others.

But Moore, who was even penalised when one second-half clash in Tallinn left him with a bloodied nose, says he is often left nonplussed by referees’ decisions.

Asked what his second-half caution was for, Moore said: “I couldn’t tell you. I put my arms by side. You would have to ask the ref.

“I know they will be having words on the side when these challenges are happening.

“It is frustrating. It is not ideal but it is down to me to adapt and not get myself in these situations.

“But I have scored goals everywhere I have been and I always have confidence in myself to replicate that.

“I put myself in good positions and there are great players around me. They get me those opportunities to score.” 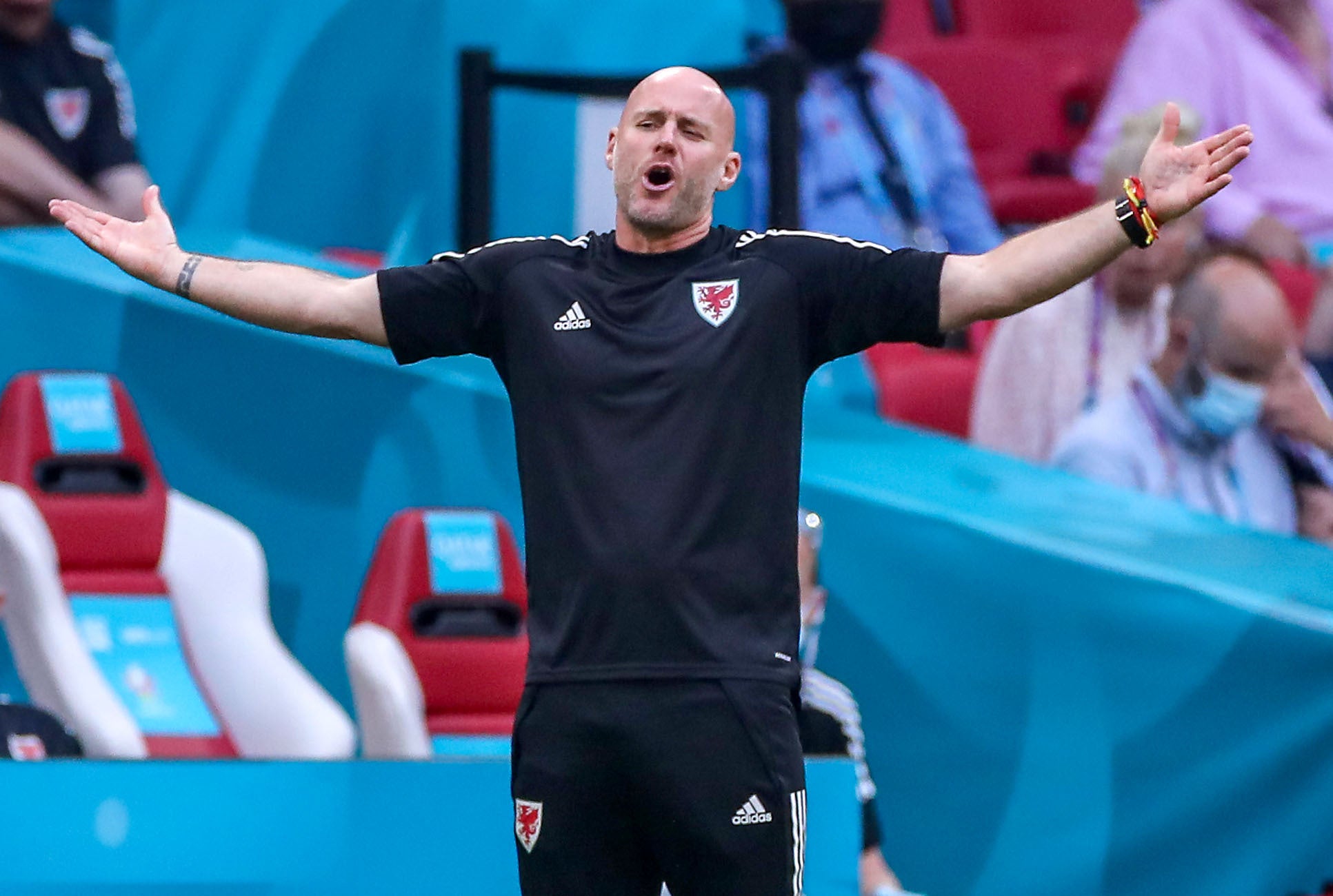 Wales boss Robert Page believes Moore does not get a fair deal from referees.

“He’s prone to getting bookings, and he doesn’t get a lot of protection at times,” Page said.

“When Kieffer’s got three big centre-halves coming over the top of him, he needs a little bit of protection as well.

“You can’t jump without using your arms, and unless referees have played at any level and understand the mechanics of how you jump, it’s difficult.

“It is frustrating and I’m disappointed we haven’t got him for (Belarus) in November.”

Wales probably need four points from their final two home games against Belarus and Belgium to pip the Czech Republic for second spot in Group E.

The Czechs, who are level on points with Wales, finish at home to Estonia and possess superior goal difference and have scored more goals than the Dragons – the first two deciding factors in the event of a tie.

“We’re just pleased to finish with two home games,” said Page, whose side are almost certainly guaranteed a play-off place anyway because of their Nations League success.

“It will be brilliant to have a full house next month. Two cup finals and we’ll be ready.”