Kyle Walker is set to miss England’s World Cup opener against Iran on Monday but there is growing hope the defender will be available for the clash against USA.

The Manchester City full-back, 32, was a major doubt for the tournament after undergoing groin surgery last month but was selected by Gareth Southgate, who views Walker as a vital member of his squad.

But Walker is almost certain to be unavailable for Monday’s clash against Iran, with Kieran Trippier emerging as a strong contender to feature in his place. 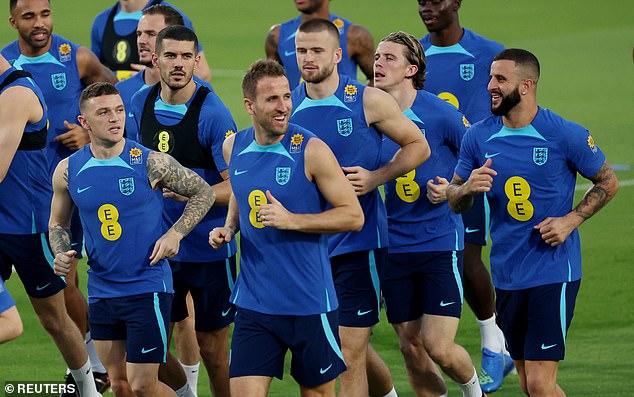 When asked about his availability for Monday, Walker said: ‘That is down to the manager. I think the first game is a little too short but after that I will be good and ready to go.’

However, there is emerging optimism that Walker could be fit to make his return to action, most likely off the bench, against the USA on November 25.

Failing that Walker should be ready to play for the final group game against Wales on November 29.

Walker emerged for the start of the full training here in Doha on Wednesday, but it is unclear if he completed the session. 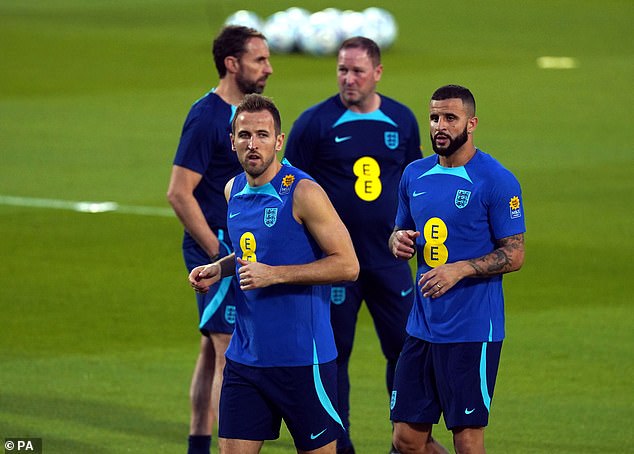 Speaking to ITV Sport, Walker paid tribute to physios and Manchester City and England for aiding his recovery, he said: ‘To represent your country at any time is a great achievement, but this one is a special one due to the circumstances leading up to it just through the injury.

‘It was an operation that I had and it was touch and go but full credit to the physios here and also at Manchester City for getting me back fit and healthy.

‘No, I was never worried [I wouldn’t make it]. I always have the belief in myself.

‘As soon as the professor said I needed the surgery I was confident. It was just about making sure I prepared right on and off the field so that I would be alright.’