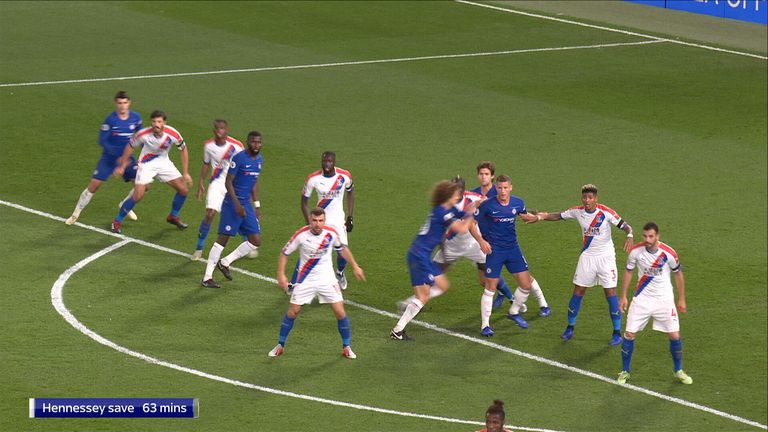 Alvaro Morata scored twice in the win, with his second goal coming from a free-kick that was curled into the box by Eden Hazard.

Moments earlier, David Luiz had gone close to scoring from a free-kick and, on both occasions, Marcos Alonso had seemingly blocked Palace defender Mamadou Sakho.

Chelsea 3-1 C Palace
As it happened

“It’s a tactic they use,” said Redknapp. “Alonso grabs hold of Sakho, which impedes him and allows David Luiz to get into the space. It’s a definite foul by Alonso, it’s an ‘NBA style’ move.

“For the goal, the referee is looking straight at it and Alonso makes the block on Sakho.

“It’s always Alonso, it was exactly the same in Chelsea’s win at Southampton. It’s the dark arts to a certain extent and trying to get any advantage you can. He has no intention of playing the ball, I am sure it is something that he works on with David Luiz.”