Watch out! Gerard Pique smashes his head on wing mirror leaving Barcelona’s team coach as they arrive in Milan for Champions League clash with Inter

Don’t be surprised to see Gerard Pique shying away from a few headers in Barcelona’s Champions League clash with Inter Milan on Tuesday evening.

He might have a bit of a sore head after walking into the team coach’s wing mirror as they arrived in Milan on Monday.

Wearing headphones and looking down at a piece of paper, he didn’t see the danger ahead, nor hear the warnings from the people around him. 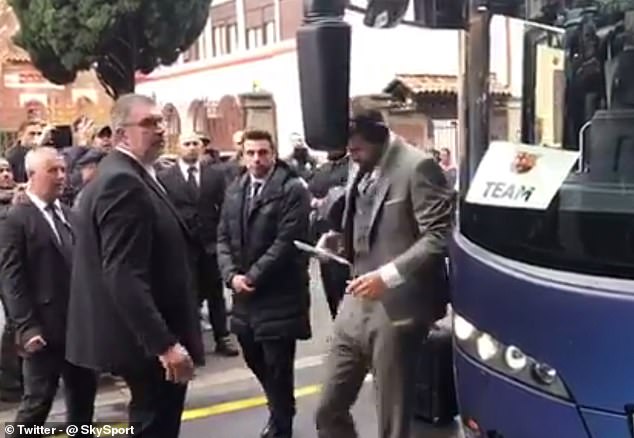 Gerard Pique wasn’t looking when he got off the team bus, and also had his headphones on 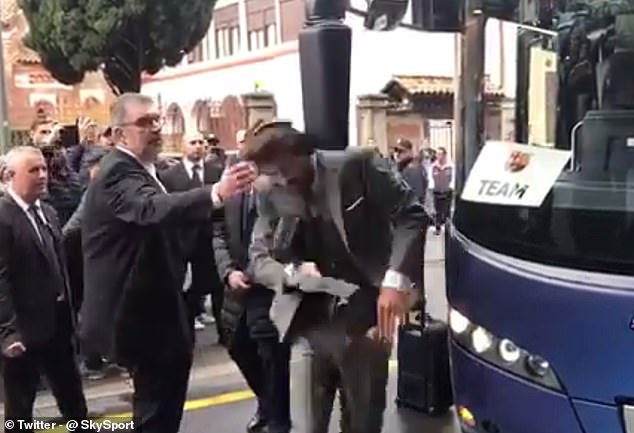 He walked straight into the team mirror, smashing his head despite warnings from others 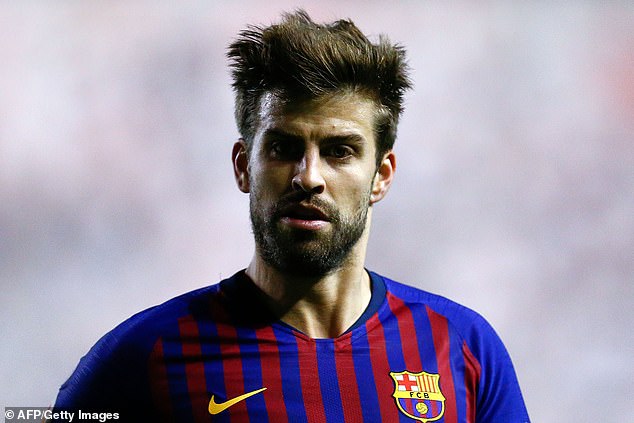 The Barcelona defender tried playing it off cool though, and continued on his way, looking just a little bit sheepish.

The headphones would’ve then played a good part in blocking out the laughs from the people gathered around the bus who had seen the embarrassing incident.

There’s nothing embarrassing about the way Barcelona are playing at the moment, however. They’re currently three points clear at the top of La Liga with 24 points from 11 games. 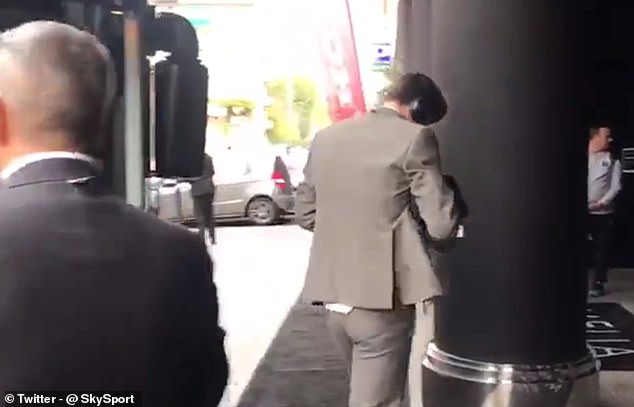 They’ve also won all their games in the Champions League so far, and are three points ahead of their opponents on Tuesday. With Tottenham and PSV Eindhoven both on just one point apiece, it’s pretty likely they’ll be qualifying for the next round of the competition.

Barcelona have even been playing well without the talents of Lionel Messi, who has been out for a couple of weeks after breaking his arm.

Messi is a surprise participant in the travelling squad, having apparently made a quick recovery and returning to training last week.

Barcelona boss Ernetso Valverde said that he might be available to play in the match, but that they won’t be taking any risks.

They’ll be hoping to look just as good on the pitch when facing Inter.