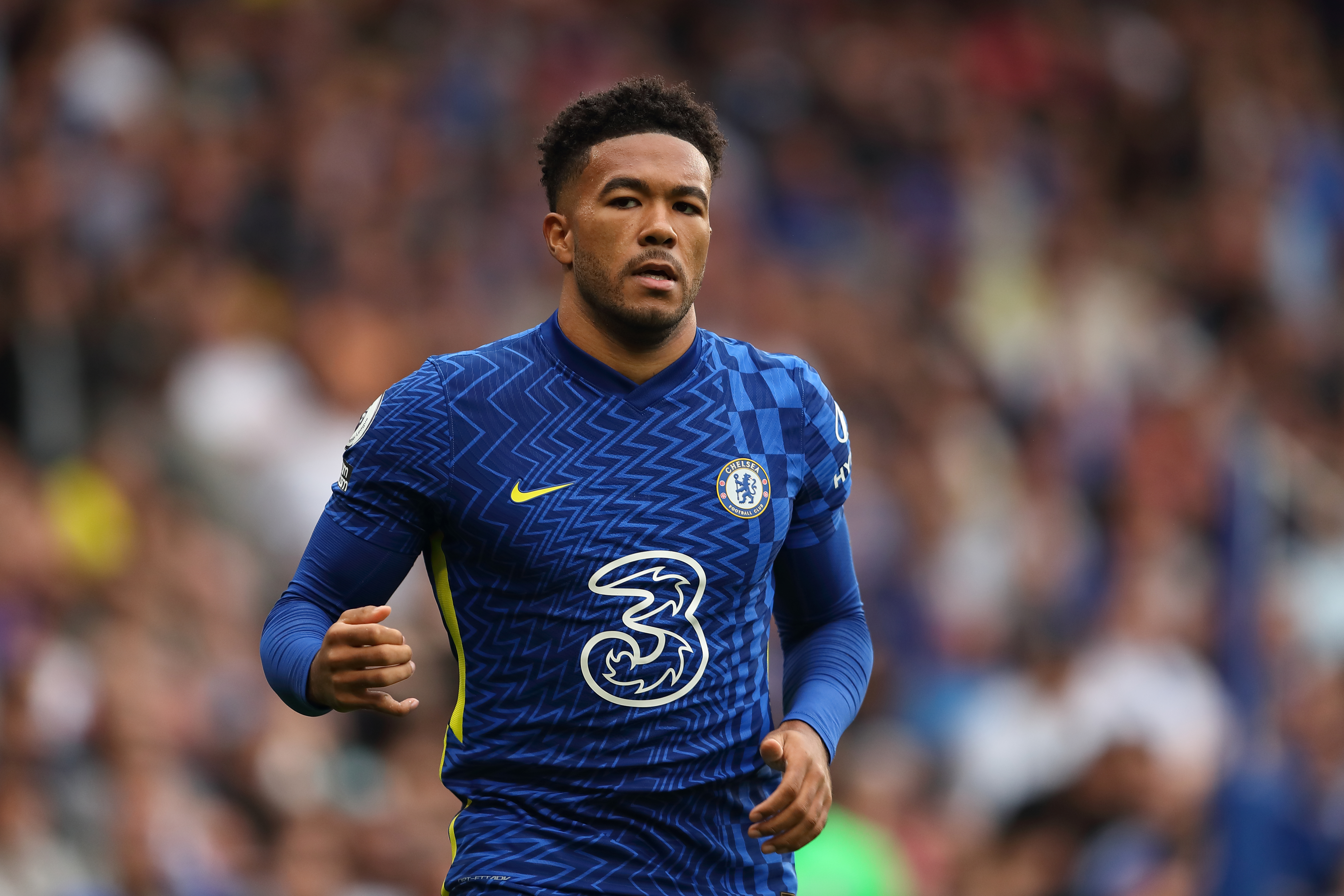 Chelsea boss Thomas Tuchel admits he was left surprised by Reece James’ England call up given he’s still training in the pool as he returns from injury and is unlikely to be joining up with the Three Lions.

James and Mason Mount were both selected in Gareth Southgate’s latest squad for their upcoming World Cup qualifiers against Andorra and Hungary despite missing games of late.

The defender limped off before the half-hour mark of Chelsea’s 1-0 defeat to Manchester City last Saturday.

He didn’t recover in time for the midweek Champions League defeat to Juventus and won’t feature against Southampton tomorrow.

Yet, he’s been selected by Southgate for England’s next game on Saturday, October 9… although Tuchel joked he could be playing water polo instead of football.

‘I thought maybe Reece was called up to the England water polo team because he trains in the pool,’ Tuchel said.

‘I was a bit surprised, but I understand he was selected.

‘This will not happen, because he’s training in the pool.

‘It can only be a misunderstanding.’

When asked if he was surprised he hadn’t been told or asked about James’ England selection, Tuchel insisted he had no problems with that.

‘Imagine if every international coach calls the [club] coach? Nobody could reach me anyway.

‘The club is in touch, and [Chelsea technical director] Petr Cech sorts these things out. It can happen.’

Upon calling up James and Mount, Southgate said on Thursday: ‘Our understanding is that Mason and Reece have a good chance for the weekend. We will track that.’