Wayne Rooney wished Rio Ferdinand a happy birthday with a brilliant throwback picture – before bringing back more memories of Twitter hilarity in years gone by.

Ferdinand, who turned 40 on Wednesday, received many messages wishing him a happy birthday from fans and friends, with DC United striker Rooney joining in the celebrations.

Rooney sent a picture of the pair together in their Manchester United days – with Ferdinand grabbing the forward’s face, seemingly in a goal celebration. 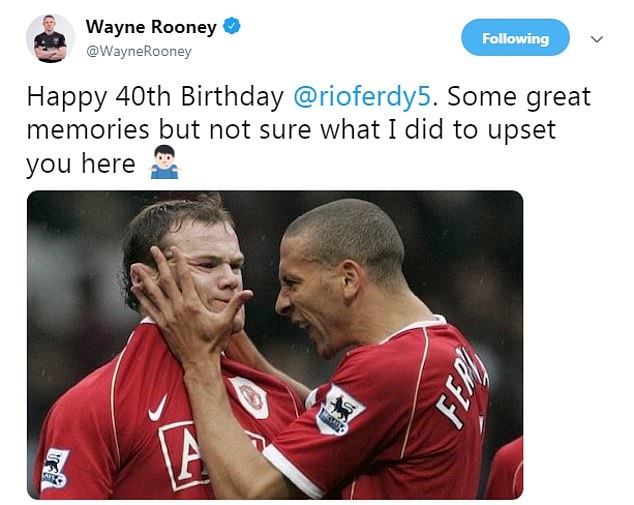 Ferdinand, 40 on Wednesday, then brought back memories of Twitter hilarity in years gone by 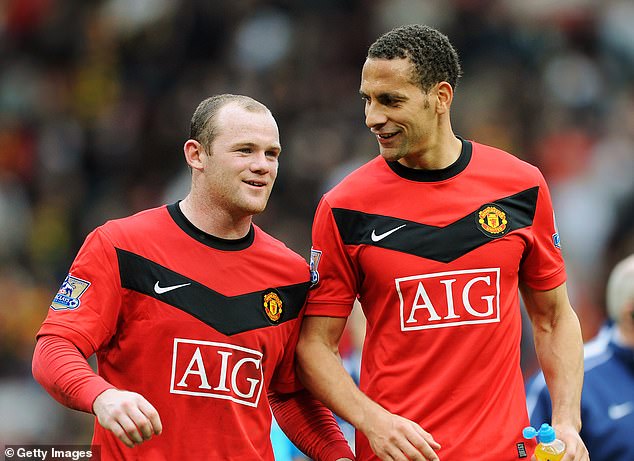 However Rooney made a joke around the aggressive-looking nature of the image, tweeting: ‘Some great memories but not sure what I did to upset you here’.

In response, Ferdinand referenced a tweet Rooney sent back in 2011 which has since entered modern folklore on the social media website.

The then-Manchester United star had sent a tweet – seemingly without realising it was public – saying: ‘Hi rio do u want picking up in the morning pal’. 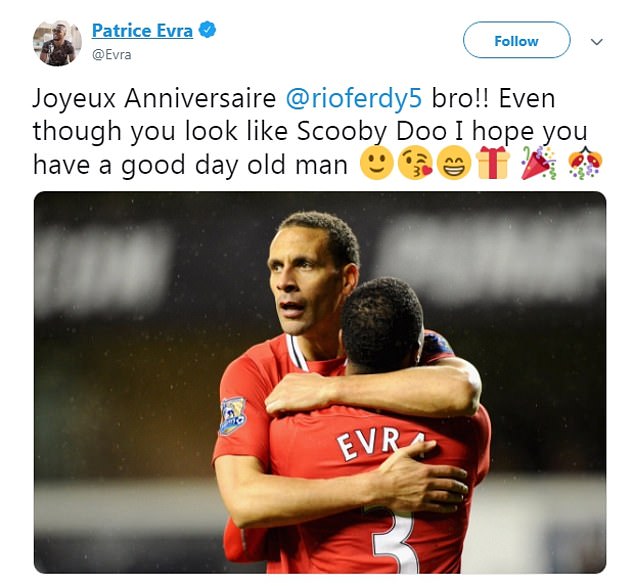 The bizarre tweet has not been forgotten by Ferdinand, who responded to Rooney on Wednesday: ‘You must have forgotten to pick me up in the morning…’, along with a laughing emoji.

Unabashed, Rooney was able to laugh at himself, sending a new version of the tweet on Wednesday under his birthday message: ‘Let me know if you want picking up in the morning pal’.

As well as Rooney, Ferdinand got several other cheeky messages from footballers, including another ex-United colleague, Patrice Evra, who wrote: ‘Joyeux Anniversaire bro!! Even though you look like Scooby Doo I hope you have a good day old man.’

Derby assistant manager Jody Morris also said happy birthday, along with another retro picture, of Ferdinand as a child. Morris joked: ‘Never did grow into that lip did ya’. 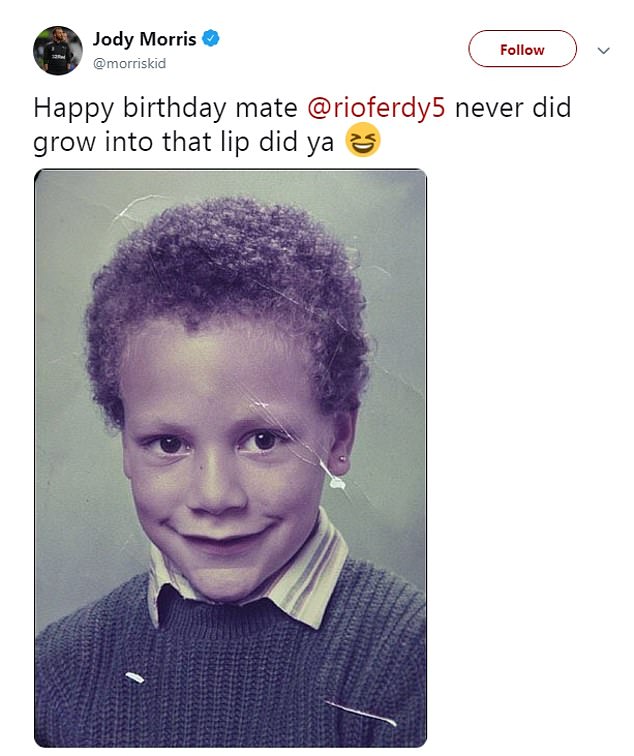