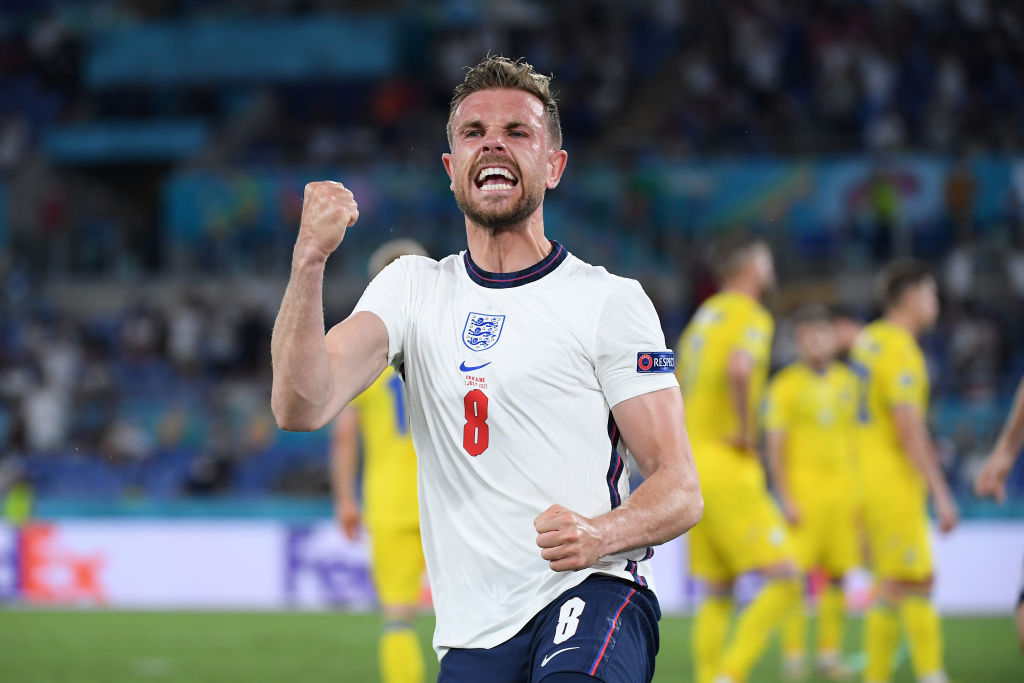 Arsene Wenger does not think Jadon Sancho will retain his place in the England starting XI in the semi-final against Denmark, but does think that Jordan Henderson will play an important role in the game.

England surged into the semi-finals thanks to a 4-0 win over Ukraine on Saturday night, with Sancho starting for the first time this tournament and Henderson coming off the bench to score his first international goal.

Three Lions boss Gareth Southgate has been chopping and changing his starting XI throughout Euro 2020 and Wenger expects him to the same against Denmark on Wednesday at Wembley.

The Arsenal legend cannot see Sancho keeping his spot, despite an impressive performance against Ukraine, but he does foresee an influential display from Henderson, even if it is just from the bench again.

‘I’m not sure that Sancho will play in the semi-finals, but he has 10 players he knows he will play.

‘Personally I like Henderson as well when he comes on because from deep midfield he plays forward, very good balls and I think he could be important in the semi-final

‘That comes good now and I’m convinced they will be difficult to stop.’

Bukayo Saka, Phil Foden and Jack Grealish have all started games for England so far this tournament and will be hoping to come back into the starting XI if Sancho is indeed dropped for the semi-final.

Wenger is a fan of the winger, who is set to join Manchester United this summer, but felt that he was tailored to attack the system that Ukraine play, which is why he started that match.

‘He wants to attack the flanks that the system Ukraine is playing,’ said the Frenchman.

‘Many people ask why Jack Grealish doesn’t play. I think Jadon Sancho is a mix between Grealish and a winger.

‘He is a very creative player, similar to Grealish, but he is more of an incisive dribbler and that’s why maybe he got the priority tonight.’