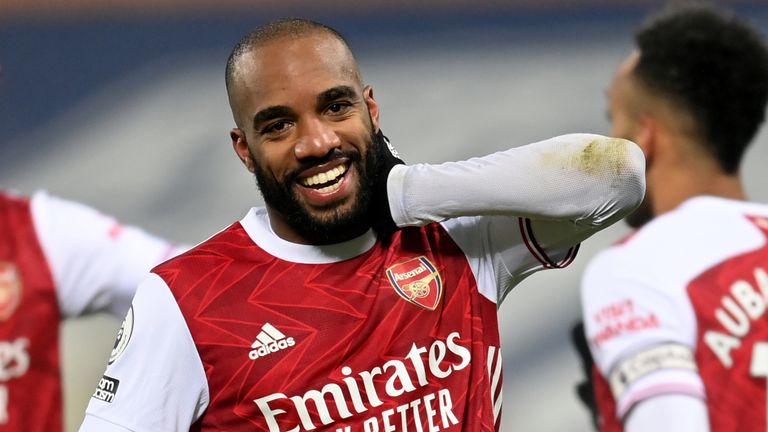 Alexandre Lacazette continued his recent scoring spree with a double in Arsenal’s 4-0 win at West Brom, with the Gunners winning a third successive Premier League game.

Kieran Tierney (23) put the dominant visitors ahead with a superb solo goal – his first of the season. The impressive Bukayo Saka (28) doubled the lead shortly after as Arsenal showed off some sensational team play.

West Brom had their best spell either side of the break, but an error from Semi Ajayi allowed Arsenal to hit the Baggies with a devastating attack that was eventually finished by a fizzing Lacazette effort (60). The Frenchman added his second shortly after, turning home from close range (64).

Lacazette has now scored five goals in his last four outings in all competitions, while Arsenal’s resurgence continues with a third successive Premier League win and a second clean sheet in a row. The win lifts them to 11th, while West Brom remain 19th having conceded 12 goals in Sam Allardyce’s first three home league games.

Both sides are in FA Cup action next Saturday. West Brom travel to Blackpool while current holders Arsenal face a Premier League opponent in Newcastle. The Baggies will be back in league action on Saturday 16 January when they travel to Wolves, while Arsenal welcome Crystal Palace on Thursday 14 January, live on Sky Sports; kick-off 8pm.