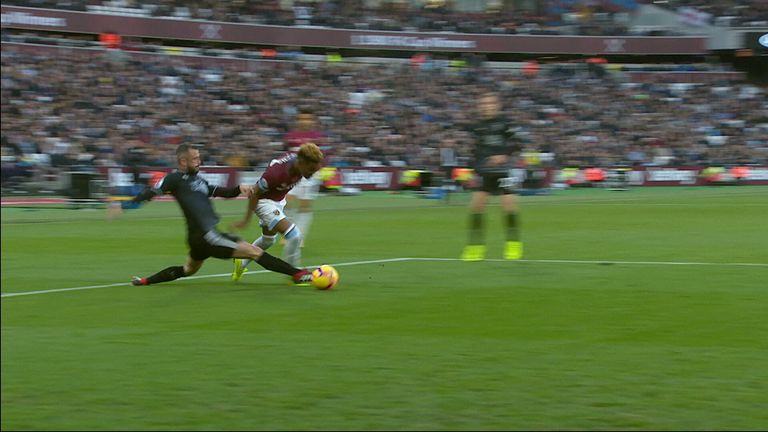 West Ham were denied what looked a clear penalty during their 4-2 win over Burnley at the London Stadium when Grady Diangana went down under a challenge from Steven Defour.

Diangana, making only his second Premier League start, caused Burnley’s defenders all sorts of problems with his direct running and close control, particularly during a passage of play midway through the first half.

After receiving the ball on the right wing, Diangana advanced into the penalty area and appeared to be tripped by Defour. However, referee Roger East didn’t award a spot-kick and instead cautioned Felipe Anderson for his protests.

The incident occurred when West Ham were just 1-0 in front and Burnley equalised through Johann Gudmundsson shortly afterwards. Ultimately, though, it didn’t end up costing West Ham as they won the game regardless.