Boss David Moyes insisted West Ham must still clear their final hurdles in the race for the Champions League after surviving a Wolves fightback.

Jesse Lingard, Pablo Fornals and Jarrod Bowen struck to earn a nervy 3-2 win at Molineux as the Hammers nearly blew a 3-0 lead for a second straight game.

Leander Dendoncker and Fabio Silva scored to test the visitors’ resolve but they moved up to fourth in the Premier League, a point ahead of Chelsea and four points behind Leicester – who they host on Sunday.

Moyes said: “I don’t know if we’re in the final furlong yet, we’ve probably got to go over Becher’s Brook and have some big jumps to go over on the way in. Let’s be fair, we’re challenging, after 30 games it’s not a fluke. We are there because we have been playing well enough. If we fall short, we fall short.

“We are thrilled, people are mentioning we are in the top four. We have bobbed in and out of it so let’s hope we can do everything we can to stay there.

“I was massively concerned (with Wolves’ comeback) but we just about got away with it. Good on us, it’s an improvement from the last one (drawing 3-3 with Arsenal). It was like the Arsenal game when we did the exact same thing. We were going for a fourth goal and it would have been easier to keep the ball.

“Managing the game is something we have to work on.”

Manchester United loanee Lingard – who has six goals in eight games – starred and opened the scoring in stunning style six minutes in when he ran 60 yards, left Dendoncker and Romain Saiss trailing and beat Rui Patricio.

Michail Antonio had already seen Patricio turn his 30-yard drive onto the post and the Hammers went 2-0 up after 14 minutes. Lingard kept the ball in and Arthur Masuaku crossed for Fornals to find the corner.

West Ham were rampant and it was 3-0 seven minutes before the break when another Lingard run ended with Bowen – on the pitch for just two minutes after replacing the injured Antonio – firing in.

Pedro Neto stabbed wide as Wolves looked for a response and Dendoncker’s header made it 3-1 a minute before the break. Tomas Soucek had a goal disallowed for handball in the second half and Silva’s crisp finish gave Wolves hope but it was not enough. 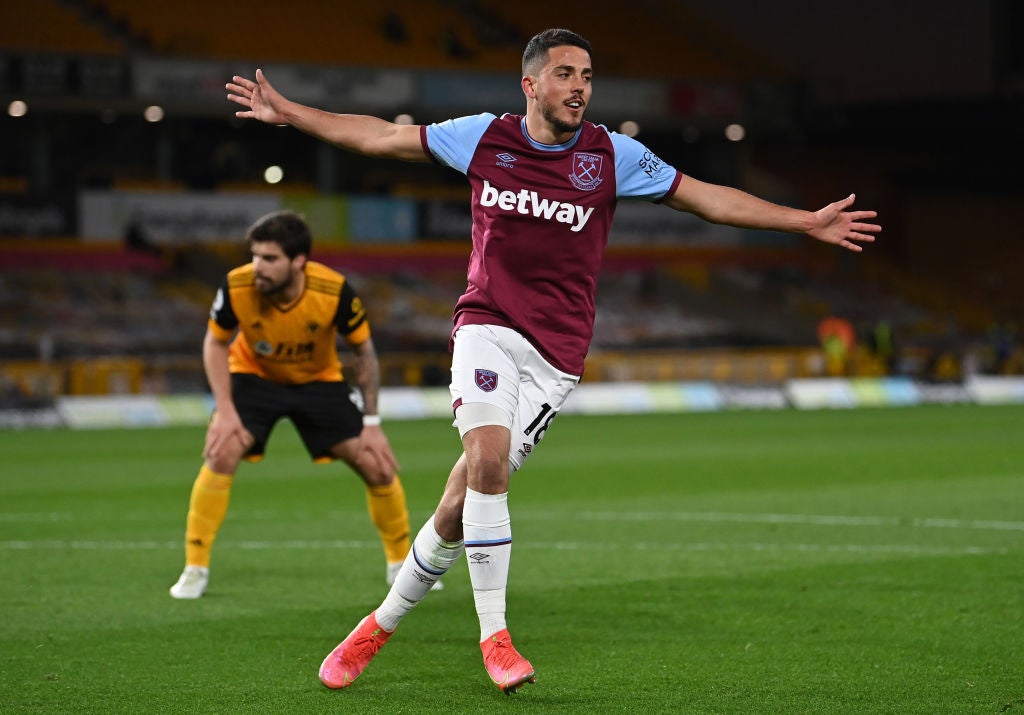 Despite a battling second-half performance the hosts have won just three of their last 17 league games.

They remain 14th and lost Jonny to his second serious knee injury in less than 12 months after he damaged his ACL on Sunday.

Boss Nuno Espirito Santo said: “I’m angry with myself with the way we dealt with the situations. Of course I’m angry.

“It’s my responsibility. It’s always us and our responsibly. We will work on it and we will try to improve. Don’t expect me to come here and judge because I know how hard it is. When mistakes come we analyse, support the players and give them a solution.

“We started poorly, all the good things we did in attack were taken away. We defended poorly. I think so (the goals were avoidable), it’s something we have to work on and try to improve our players. Offensively we were OK, we created chances but conceded three goals – all of them identical. I’m not pleased.”