Salah made the breakthrough 20 minutes into the Elland Road clash on Sunday, tapping in Trent Alexander Arnold’s pin-point cross to silence the raucous Elland Road crowd.

The 29-year-old has begun the season in fine form, netting thrice and assisting twice in the opening four Premier League games to begin his bid for the top-flight’s Golden Boot award. 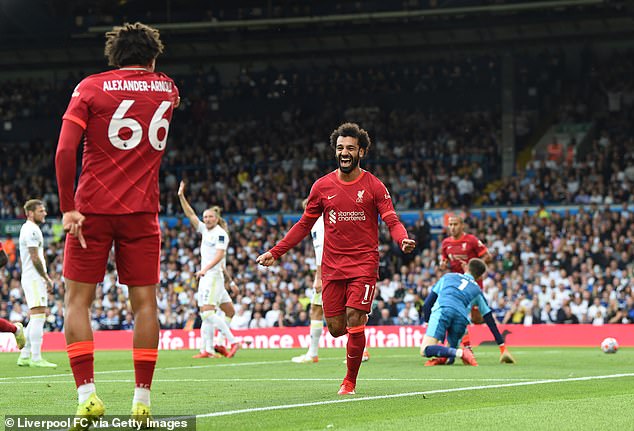 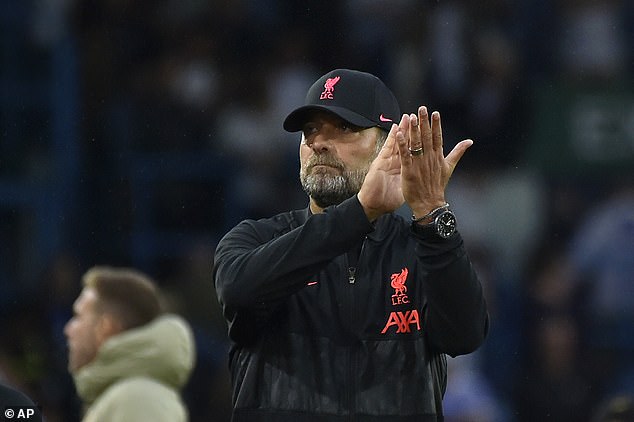 ‘Mo’s records are crazy,’ Klopp said after watching his team draw level with Manchester United and Chelsea at the top.

‘Since he joined us… what a player. And he’s still hungry. He was still not happy for not scoring one or two others, that’s how top class players are.’

Salah has still yet to renew his contract at Anfield , which expires in the summer of 2023, but will go down as a Liverpool legend after lifting the Champions League and Premiership in 2019 and 2020 respectively.

The club have already tied down Virgil van Dijk and Alisson to long-term contracts but Salah is reportedly demanding £500,000-per-week wages – double Van Dijk’s pay – to remain on Merseyside. 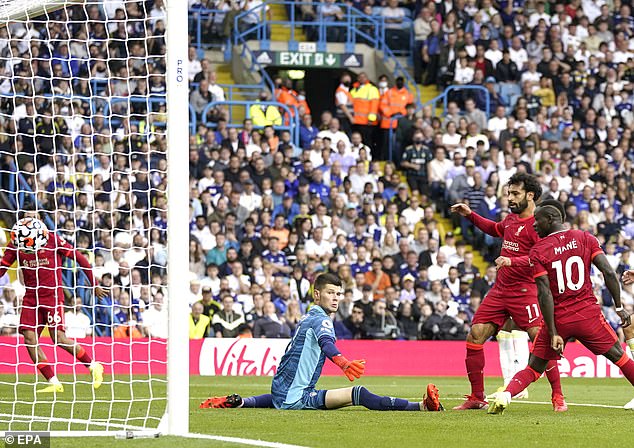 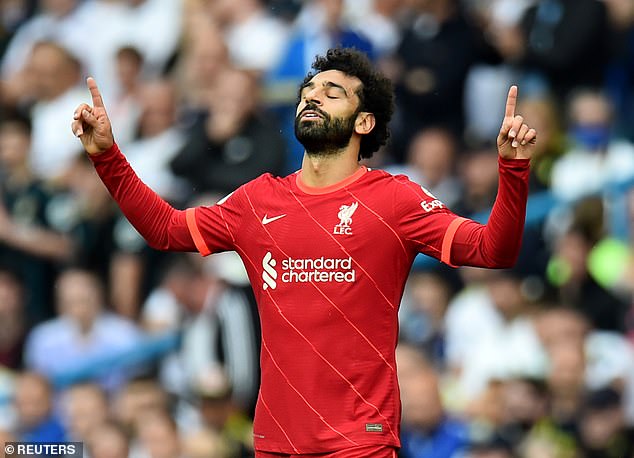 Salah has less than two years left on his deal but is still yet to sign, holding out for higher wages

For now the forward is still scoring goals in red and the star will be aiming to race Cristiano Ronaldo, Romelu Lukaku and Harry Kane to scoop the golden boot in May.

Last season Salah lost-out to Kane on the final day of the season, trailing his 23-strike tally by just a single goal. He’s made a strong start in 2021-22, scoring one of Liverpool’s three strikes in Yorkshire to continue an unbeaten start to the campaign.

Fabinho and Sadio Mane both fired in the second-half to pull the Reds clear, either side of Pascal Struijk being sent-off for his challenge on Harvey Elliott.

The 18-year-old was left howling in pain on the turf before he was stretchered off the field, looking set for a long injury absence.