Antoine Griezmann has been tipped to join Manchester United or Arsenal. The Barcelona star may be sold by the La Liga giants have struggled ever since his £107million move from Atletico Madrid 12 months ago. So Express Sport will now take a look at what he’s said about both teams as his future hangs in the balance.

Though Arsenal have emerged as potential suitors for Griezmann, the Barcelona star has previously insisted he’d NEVER join the Gunners.

“I waited, I waited, and I kept waiting,” he recounted in his autobiography, telling how he nearly moved to the club in 2013.

“When there was no news, Eric called Grimandi, who said that the manager was still interested in me [and] to keep waiting.

“Finally a few hours before the market closed, he let us know Arsenal would not make a move. I don’t like to be told something and for it not to happen.

“So when Eric told me later that the London club were interested again I told him ‘Forget it, after the blow they gave us’.” 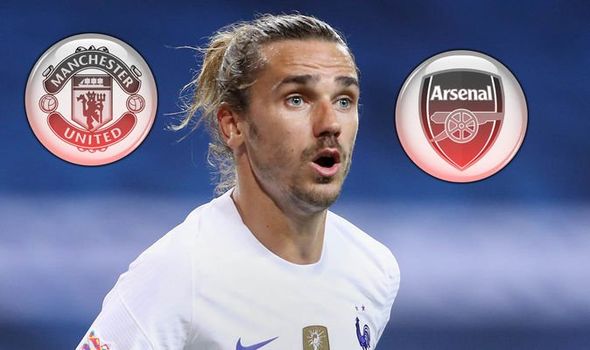 While Griezmann insisted he’d never play for Arsenal, the Barcelona star DID admit to playing as them on Football Manager.

The forward posted a picture of his team on Twitter in August last year.

In his side he had the likes of Jadon Sancho, Joao Felix, Bruno Fernandes, Frenkie de Jong, Andy Robertson, Raphael Varane and Matthijs de Ligt.

And Alexandre Lacazette was gutted to find out he’d been sold to Huddersfield. 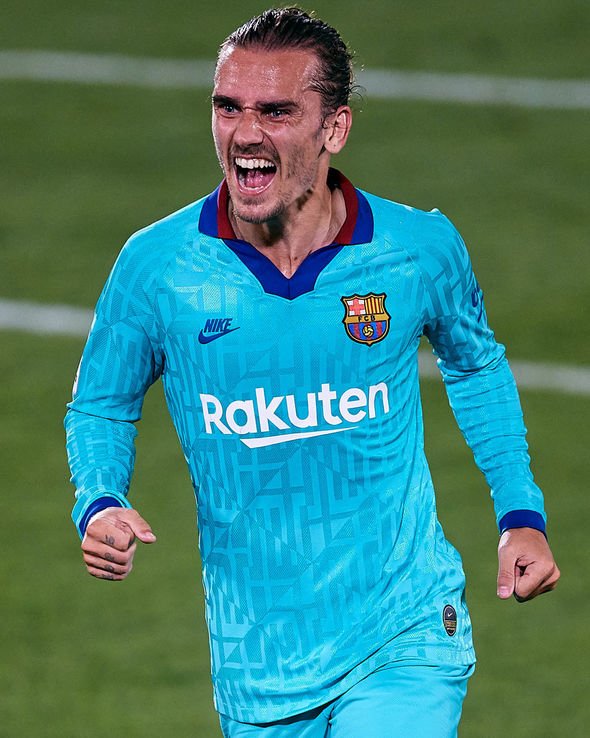 United were hellbent on signing Griezmann from Atletico back in the summer transfer window of 2017, shortly after securing Champions League qualification.

And, at the time, he said he had a ‘six out of 10 chance’ of moving to Old Trafford.

He also said: “Today, if I have to move, it will not be a problem for me.

“It may be England, which is in fashion, Germany, China or the United States, I’m ready to go.”

Ultimately it didn’t happen, with Griezmann staying at Atletico for another two years.

Griezmann has previously admitted to idolising David Beckham during his time at United.

He said: “Beckham has always been my idol, and still is.

“The other day, on TV, I ended up watching a documentary on his career.

“I couldn’t look away, just in awe of what he managed to do on the pitch and in his other lives.”