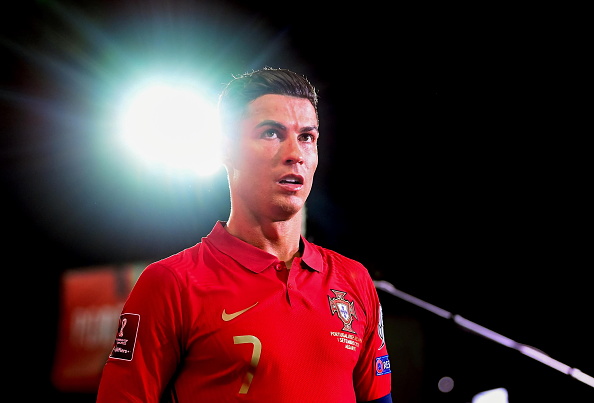 Cristiano Ronaldo delivered a simple message to his new Manchester United teammates following his sensational return to Old Trafford, telling them ‘we need to win the Premier League’.

Portugal legend Ronaldo secured a stunning return to United last week after deciding to leave Juventus and pulling out of a move to Manchester City.

The 36-year-old spent six successful seasons at Old Trafford earlier in his career, scoring more than 100 goals for the club and winning three Premier League titles and the Champions League.

Ronaldo went on to enjoy even more individual and collective success at Real Madrid – lifting four more Champions Leagues and bagging five Ballon d’Or awards – and wants to add to his trophy cabinet during his second spell at Manchester United.

According to The Sun, Ronaldo contacted the Manchester United squad after his return was confirmed and told them: ‘We need to win the Premier League’.

United finished second in the league last season – 12 points behind champions Man City – and have taken seven points from their first three games of this campaign.

Ronaldo was close to joining Pep Guardiola’s Manchester City before a number of United legends – including former manager Sir Alex Ferguson – intervened and convinced the all-time great to return to the Theatre of Dreams.

Portuguese forward Ronaldo arrived in Manchester on Thursday evening and was greeted at a private terminal by Darren Fletcher, his former teammate and the club’s technical director.

Red Devils captain Harry Maguire has hailed Ronaldo’s ‘amazing’ return to Manchester United and says the club have signed ‘the greatest player to play the game’.

‘It’s amazing,’ the defender told reporters at a press conference ahead of England’s World Cup win over Hungary on Thursday. ‘Obviously, I’m away with England at the moment so my focus is on the game tomorrow.

‘But for him to sign back for the club… for me, he’s the greatest player to play the game so it’s amazing to have him at the club and I’m sure he’s going to have a huge impact on and off the field and many players can look, learn and improve.

‘Obviously, he’s going to improve our team as well with his goalscoring record so it’s amazing to have him at the club. I’m looking forward to meeting him in a few days.’

Earlier this week, new Manchester United signing Ronaldo broke the world record for goals scored in men’s international football as he netted his 110th and 111th goals for Portugal in a dramatic 2-1 win over the Republic of Ireland.