Liverpool: What now for Jurgen Klopp?

Liverpool are reportedly eyeing up a £43million move to try and sign Ousmane Dembele from Barcelona this summer and Jurgen Klopp has already made his feelings clear on the Frenchman. With just a few weeks remaining of the season, Liverpool’s main focus will be on trying to clinch a Champions League qualification spot, despite the drama of the European Super League proposals.

They could move into the top four this evening if they pick up all three points against Leeds with just six games remaining after the final whistle.

They still have to face Manchester United in their final few matches, but face a relatively favourable run of fixtures.

But while Klopp will be focusing on the race for a top-four finish, club officials will also be working on plans for the start of the summer transfer window.

No decision has yet been made on when the summer transfer window will open but, with the European Championships taking place this year, clubs will have little time to conduct business. 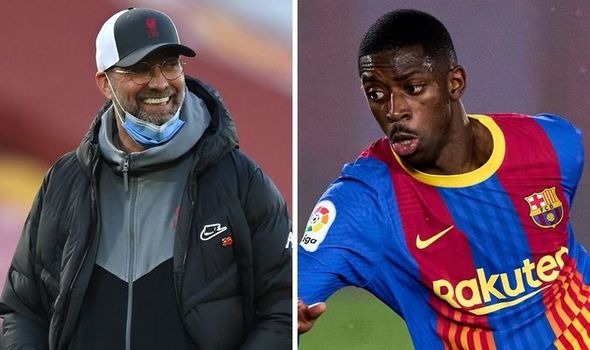 Liverpool have proven in the past that they like to get deals over the line early in the window and Fabinho was signed well in advance of the 2018 World Cup for example.

Speculation suggests that Liverpool will be in the market for another forward player this summer to help provide more competition for the likes of Mohamed Salah and Sadio Mane.

Diogo Jota proved an instant hit after his arrival from Wolves, but Liverpool have still lacked their usual cutting edge in recent months.

They remain vaguely linked with a mega-money move for Kylian Mbappe, while Erling Haaland will also undoubtedly attract attention on Merseyside.

But a more affordable option could be Dembele, with Liverpool said to be among the clubs interested.

Calcriomercato claim that it would take a bid of around £43m to tempt Barcelona into selling the 23-year-old.

And Klopp has already admitted previously that he would love to see Dembele move to Merseyside.

“Oooh, he’s on the market? Now I’m interested!’” he said three years ago. 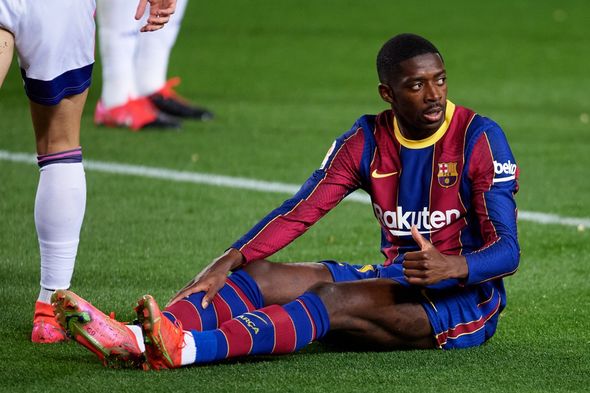 “Ok, I never comment on transfer rumours… I’ve already said much more than I usually say.”

Klopp’s comments came after Dembele’s first season at Barcelona and the winger has had troubles with injuries ever since.

He’s largely stayed off the treatment table this season though and has scored three goals in his last five La Liga starts.

Dembele’s goals have helped keep Barcelona in the fight with Atletico Madrid and Real Madrid at the top of the table.