Premier League: How did the season unfold?

In recent sports documentaries, genuine storytelling has frequently been an afterthought. Throughout each edition of All Or Nothing, Manchester City’s Premier League title success and the relative failures of Tottenham’s 2019-20 season merely occur in the backdrop of dramatic meetings, bust-ups and sweary dressing room talks. Sunderland ‘Til I Die takes viewers on a similar path.

Those scenes lead the narrative. At times, they seem forced and rehearsed. Jose Mourinho angrily switching off an office television that had been screening a Sky Sports News panel criticising his appointment at Tottenham is staged to the point of being difficult to watch.

Too much emphasis can sometimes be placed on indulging in the drama of an access-all-areas documentary, with little acknowledgement that perhaps viewers also wish to consume a more natural, human story.

That is where When Eagles Dare, a five-part docuseries that chronologically charts Crystal Palace’s rise from near-extinction to an unlikely promotion to the Premier League, is different. Front and centre is the story, which begins with supporters protesting outside Lloyds Bank in London as a consortium of four fans strike a last-minute deal to buy the club from creditors.

It takes viewers on the club’s journey of rebuilding almost from scratch and ends with the elation of Championship play-off success at Wembley three years later, nine months after the club were favourites for relegation. 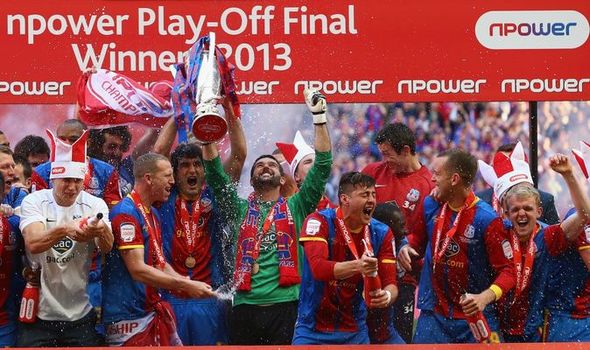 There are no fake or staged scenes, but that makes it authentic and genuinely enjoyable. The basis of a sports documentary is to focus on the lives of real people, not to portray them as the fictional stars of a blockbuster movie.

Parts of When Eagles Dare are comprised of footage filmed by an independent crew who followed the club after Ian Holloway’s appointment in November 2012 and ended upon promotion in May 2013.

Their documentary never saw the light of day and the footage has been bought by Palace’s in-house media team, who have cleverly combined those scenes with their own shots to retell a genuinely interesting story. The docuseries launches worldwide on Amazon Prime Video on June 4.

It is narrated by interviews with key figures, mostly conducted last year, reflecting on the period, but also ones conducted at the time. Unique insight is provided by chairmen, managers, players, staff and fans.

Freedman, a legendary former Palace player, sets about rebuilding a squad and then has them on course for promotion – only to blissfully depart to Bolton Wanderers midway through the 2012-13 season. 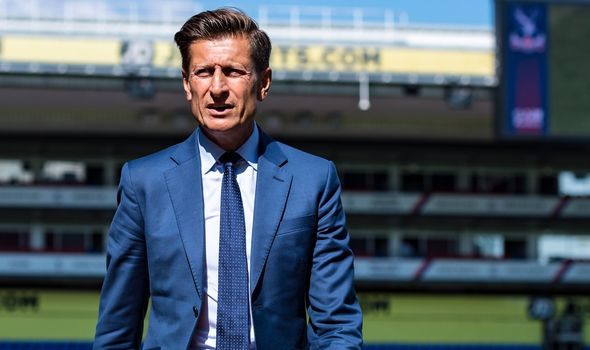 Neither holds back on how they felt about the other at the time, nor about their own mishaps. Nor Freedman’s former assistant Lennie Lawrence.

The relative absence of behind-the-scenes footage compared to recent sports documentaries, while there is some, is perhaps due to a lack of access granted to the independent film crew from 2013.

That is punctuated when, during a lap-of-honour following a win over Peterborough United that confirms Palace a place in the play-offs, defender Damien Delaney bluntly tells the interviewer that he has never seen them before, despite filming having started seven months previously. “You’ve been following us around for how long?!” he hilariously quips.

Supporters of clubs other than Palace will endear to characters like Delaney, a misfit throughout his career who was on the brink of retirement after, in his own words, falling out of love with football after difficult spells at Ipswich Town and Queens Park Rangers.

The series ends with Delaney hunched over in tears on the Wembley Stadium steps, play-off winners medal wrapped around his neck, overcome with the emotion of winning the first promotion of his career at the age of 31.

He is embraced by team-mate and close friend Peter Ramage. “He told me that nothing like this should ever happen to him,” Ramage recalls.

It is a real and very personal moment that encapsulates the unlikely success story that the series recounts. Those are the tales that are often lost in favour of the drama at Manchester City or Tottenham, and make When Eagles Dare enjoyable, relatable viewing for all football fans.
Source: Read Full Article