Manchester United beat Burnley 1-0 to continue their excellent form in the Premier League. The Red Devils have now gone three points clear of rivals Liverpool in the title race, but when was the last time United were top of the table after New Year’s Day?

United edged out Burnley at Turf Moor on Tuesday night to leapfrog Liverpool in the table.

Ole Gunnar Solskjaer’s side had to wait until the 71st minute to open the scoring.

Midfielder Paul Pogba scored from the edge of the box after starting a well-worked move.

His goal turned out to be the difference in a cagey affair against Burnley, and the three points headed back to Old Trafford. 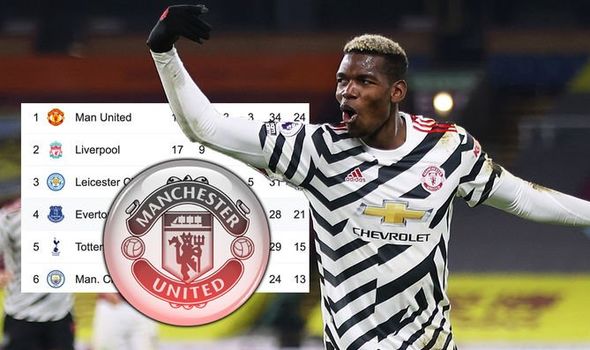 “When you get three points in the Premier League, it always makes you smile,” said Solskjaer, after the match.

“It was a hard-fought three points though, it always is up here.

“Burnley are so well organised and there are not many spaces, but we did look at some of the spaces. It was a great cross, a very well-executed finish.

“Then we could have had one or two more goals to calm the nerves towards the end, but we just like to do it the hard way.”

United are now top of the table after 17 games; three points clear of Liverpool.

Manchester City could move to within a point of their cross-city rivals if they win both of their games in hand.

But, for the moment, United are at the precipice of the top flight, having won the most matches this season.

Despite Liverpool scoring more goals and conceding fewer, United are now in the driving seat for the Premier League title. 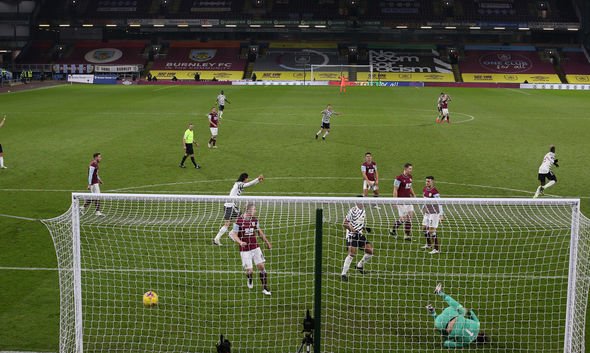 When were Man Utd last top of the Premier League table?

United are no strangers to leading the race for the title, although they’ve struggled to maintain their superb history in recent times.

They last topped the table in August 2018, although that was right at the start of the season when the table is a little skewed.

You’ll have to go back a number of years since they topped the table after New Year’s Day.

It’s been eight years since United were in first place after the start of January.

It came in Sir Alex Ferguson’s final season in charge at Old Trafford.

The 2012-2013 season was infamous for Robin van Persie’s vital influence in the United team, as they reclaimed the title from City.

The final game of that season ended in a 5-5 thriller at home to West Bromwich Albion.