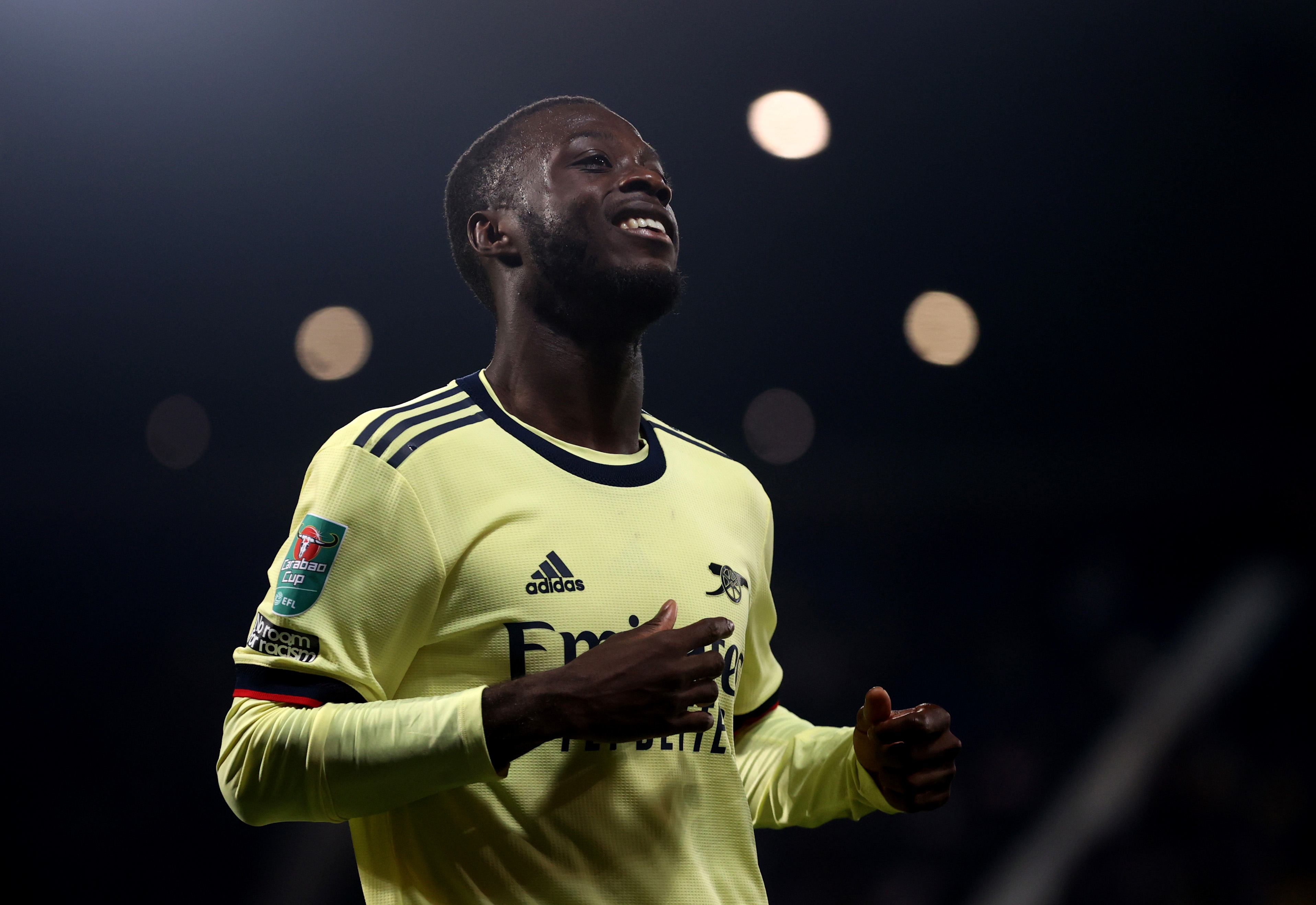 Nicolas Pepe is feeling ‘unwell’ and has been left out of Arsenal’s matchday squad for the side’s Premier League clash with champions Manchester City this afternoon.

The Gunners have made four changes from their 2-0 defeat to Chelsea last weekend, with Martin Odegaard returning to Mikel Arteta’s starting XI following his permanent £30million move from Real Madrid.

Club captain Pierre-Emerick Aubameyang starts for the first time in the top flight this season after recovering from an illness and Calum Chambers and Sead Kolasinac come in at the back for the visitors.

Pablo Mari, Gabriel Martinelli and summer signing Albert Sambi Lokonga all drop out and will hope to make an impact off the substitutes bench at the Etihad.

Pepe – Arsenal’s record signing – played every minute for the north London outfit in their two opening losses to Brentford and Chelsea and had been expected to feature this weekend.

The 26-year-old Ivory Coast international was among the scorers in midweek as Arteta’s men put six goals past West Brom to reach the third round of the Carabao Cup.

Aubameyang bagged a hat-trick versus the Baggies, with Saka and Alexandre Lacazette also got on the scoresheet in Wednesday’s one-sided clash at the Hawthorns.