Bruno Lage is under growing pressure as Wolves boss after a dire start to the season that has the club hierarchy assessing possible replacements.

Saturday’s 2-0 defeat at West Ham was Wolves’ fourth of a campaign in which they have scored just three times in the league, despite owners Fosun backing Lage with £100million in the summer transfer window.

Wolves are in the bottom three and their next fixture is at Chelsea on Saturday. While Lage has had little luck with injuries – summer signing Sasa Kalajdzic damaged knee ligaments on his debut while fellow striker Raul Jimenez remains sidelined – the form since last spring has been alarming, with only one win in 15 games across two seasons. 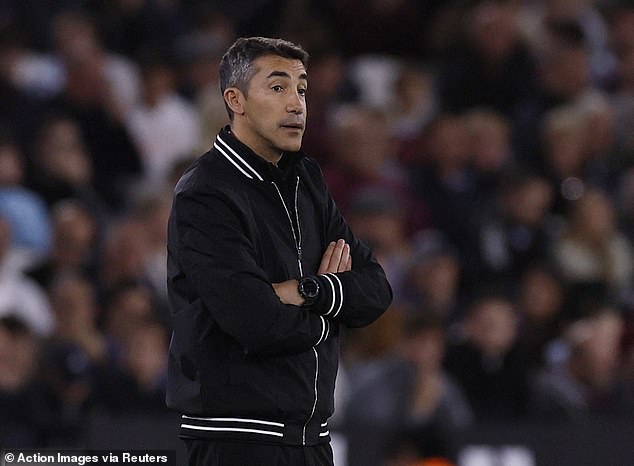 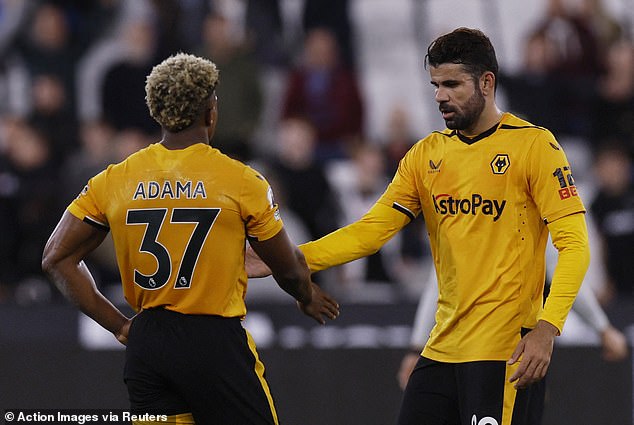 Wolves have scored the fewest goals in the Premier League this season, scoring three times

Sportsmail understands Pedro Martins, the former Olympiacos coach, is targeting a move to the Premier League.

Martins is thought to have links to Jorge Mendes, head of the powerful Gestifute agency who have a strong relationship with Fosun.

Both Lage and his predecessor Nuno Espirito Santo are Gestifute clients, as are many of the Wolves squad. 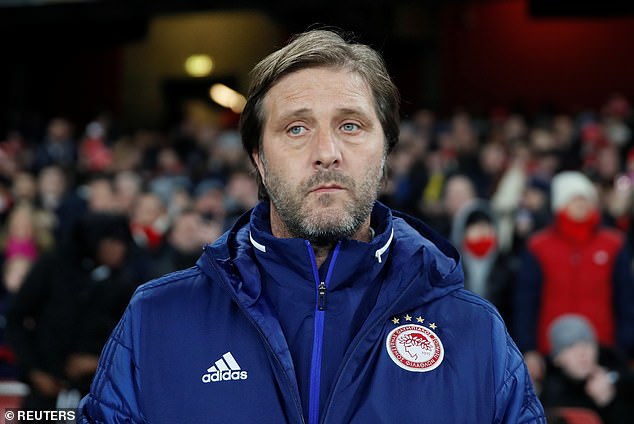 Lage was brought to Molineux at the start of last season to replace Nuno, and had Wolves in the race for European football for the first half of the campaign before their form collapsed.

He has tried to bring a more attacking style this season, switching from a back three to a back four and allowing club legend Conor Coady to join Everton on loan. 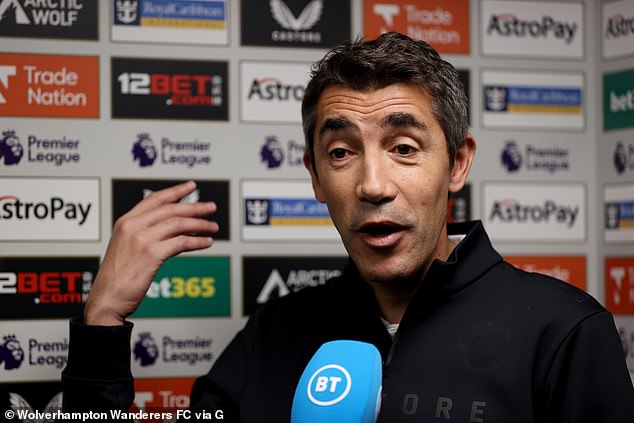 But Wolves have looked toothless for much of the campaign, even though they have top talent like Ruben Neves, Matheus Nunes and Pedro Neto in the squad.

They also brought in former Chelsea forward Diego Costa on a free transfer following the injuries to Kalajdzic and Jimenez. Neto, meanwhile, faces a spell on the sidelines after sustaining an ankle injury at West Ham.