Manchester United fans did not take kindly to Greenwood’s withdrawal by the interim boss on the hour mark of their game against Wolves on Monday night, with the game finely poised at 0-0 between the two sides.

Bruno Fernandes replaced the youngster and injected some much-needed energy into the side, rattling the crossbar with a ferocious effort. However, a Joao Moutinho strike won the game for Wolves, handing Bruno Lage’s side a famous victory. 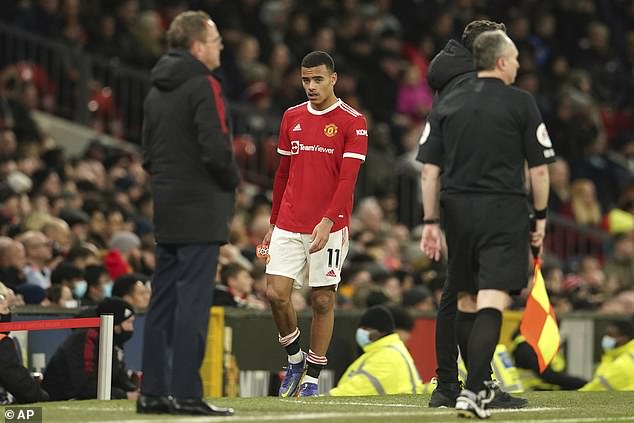 And Wright believes that Greenwood was wrongly sacrificed for the Portuguese attacker, saying he was ‘baffled’ by Rangnick’s deicison not to withdraw either Scott McTominay or Nemanja Matic.

‘I think that was a sacrifice because it’s easy to take him off,’ Wright told Premier League Productions.

‘You’re not going to take off [Edinson] Cavani or [Cristiano] Ronaldo. He’s taken off Greenwood who is someone at the age where he is kind of fearless. We know what he is capable of doing. 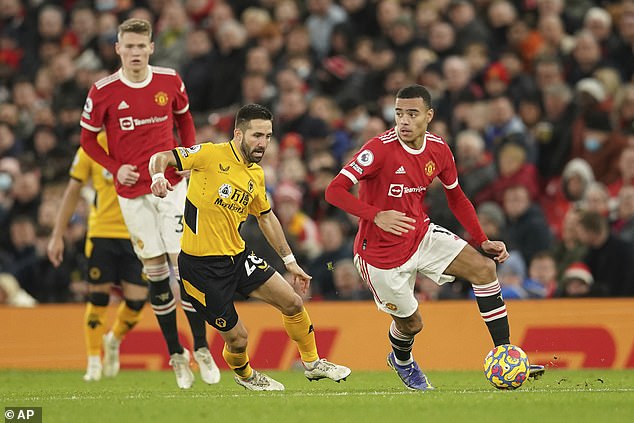 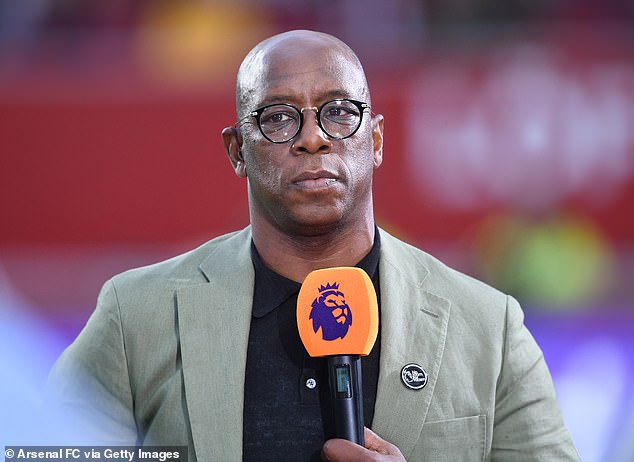 ‘He’s always going to get on the ball and dribble at people. You don’t take that off because he is going to do something at some stage that’s going to create a chance.

‘When you consider [Nemanja] Matic and [Scott] McTominay played the whole 90 minutes when they needed something, I am baffled by that.’

Rangnick revealed after the game that he had opted to take off Greenwood ahead of Cavani, explaining that he was reluctant to withdraw either of his central midfielders, who were struggling against Moutinho and Ruben Neves. 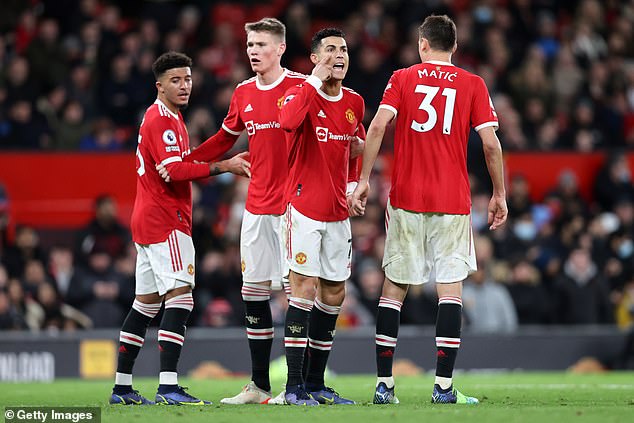 ‘I’m quite disappointed with Ralf there,’ Wright continued.

‘In this game, Greenwood was giving more. For Greenwood to be taken off, because Cavani is more experienced and the stature of the player, says to me “I don’t trust him enough now.”‘

United remain stuck in seventh position in the Premier League, four points adrift of Arsenal in fourth and looking increasingly unlikely to achieve qualification for next season’s Champions League.