When Pam Shriver revealed the true nature of her relationship with the late Australian coach Don Candy, she knew she was starting a long, difficult conversation. She remains hopeful, though not yet convinced, her sport is ready to have it.

In publicly exposing a five-year affair that started when she was 17 years old and Candy was 50, Shriver demanded that tennis’ governing bodies confront an issue both taboo and hiding in plain sight; coaches sleeping with their players. 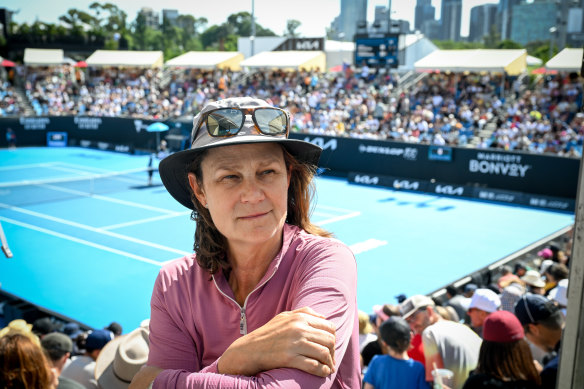 A year later, Shriver is in Melbourne as a coach herself, having agreed to help Croatia’s Donna Vekic develop her game. She is still waiting to see how serious the women’s tour is about doing more to protect the interests, both professional and personal, of young women in her sport.

“I don’t know if they are all in yet,” Shriver says.

Two months ago, the WTA appointed Seattle-based sports lawyer Lindsay Brandon to the newly created position of director of safeguarding. 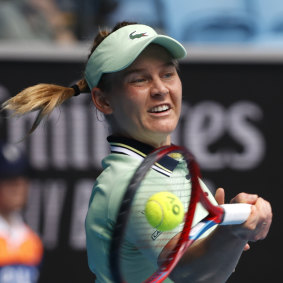 Fiona Ferro, who has accused her coach of rape, in action at last year’s Australian Open.Credit:Hamish Blair

Brandon’s job is to design and implement policies and education programs to help players and coaches maintain professional boundaries and navigate a fraught part of life on tour. The WTA did not respond to questions on Sunday about whether it is considering tighter regulation of coaches or prohibiting sex between accredited coaches and their charges.

The ATP and WTA have traditionally been reluctant to regulate the relationship between coaches and players, who they liken to individual contractors in workplace jargon. However, calls for cultural reform have grown louder since tennis coach Pierre Bouteyre was charged with the alleged rape and sexual assault of French player Fiona Ferro.

The charges relate to when Ferro was aged between 15 and 18 and Bouteyre, then aged in his early 40s, was travelling with her on tour as her private coach. Bouteyre admits the pair had a sexual relationship but says it was consensual.

Victoria Azarenka, a member of the WTA player council, says the dependence some young players have on their coaches makes them ripe for manipulation. “We see those vulnerable young ladies getting taken advantage of in different situations,” she said during last year’s US Open.

Shriver, having experienced both as a teenager and throughout her adult life the impact of her emotionally destructive relationship with Candy, believes that cleaning up this area of the sport is no less important than ridding courts of drug cheats or locker rooms of match-fixers.

“Having seen so many generations of women players struggle with the same thing, I really want women players to have more agency over the separation of their personal life from their professional life,” she tells the Sydney Morning Herald and The Age.

“There has been such an acceptance that this happens. That has to switch to ‘no, it can’t happen’.”

Regulations around player-coach relationships in tennis would sit uneasily with players such as Petra Kvitova, who announced last year that she was marrying her coach Jiri Vanek. Although Vanek is 12 years older than Kvitova, he began working with her when she was an adult and two-time Wimbledon champion with the means to hire and fire whatever professional help she needed.

Russian player Veronika Kudermetova has been married for five years to her coach Sergey Demekhin. The pair started working together when Kudermetova was 15 and Demekhin approaching 30. Kudermetova has told Russian reporters she was at first uncomfortable with the relationship. “Even when I turned 18 and we started dating, sometimes I was still ashamed because of the age difference and the fact that he was my coach,” she said.

Shriver says better safeguarding measures and resources, while needed across the women’s tour, must be applied at all levels of the sport. She says that Tennis Australia, as the custodian of a tournament where hundreds of junior and Open players gather for three weeks every year, has an important role to play.

“I would like see the four majors, which together have 12 important weeks of the calendar, to step up and be better leaders on this thing,” she says. “I think there are some real opportunities to make inroads.”

Tennis Australia a year ago launched a revised national safeguarding policy “A Safer Game Plan”, which seeks to educate club officials and coaches about protecting minors from mistreatment or abuse and children about speaking up if they don’t feel safe. Tennis Australia provides a 24-hour telephone reporting service and employs safeguarding experts within its integrity and compliance team. 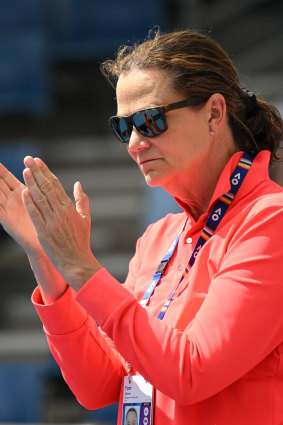 Shriver’s relationship with Candy, which she detailed in a column first published by London’s Telegraph, was deeply shocking to friends and surviving family of Candy, whose portrait remains on display inside the Kooyong Lawn Tennis Club where Shriver won multiple doubles titles with Martina Navratilova.

Shriver wrote about her infatuation with her coach throughout her teenage years, the moment she revealed her feelings to him and the extent to which she remained conflicted towards him until his death in 2020.

It took many years for her to recognise that, by allowing the relationship with her to develop despite the obvious power imbalance, Candy breached the trust and duty of care all coaches owe their players. She reflects that, in the years that followed, her choice of partners tended to be versions of Candy. Her marriage to another older Australian man, actor George Lazenby, ended in acrimonious divorce.

“It was an incredibly confusing time for me as a young person trying to navigate my way as a pro,” Shriver says of her affair with Candy. “As I got older, I realised how it changed my pattern in relationships. It affected everything.

“Even when I told my story, 40 years later, I didn’t identify that it was sexual abuse; an older coach in a trusted position with an imbalance of power.″⁣ 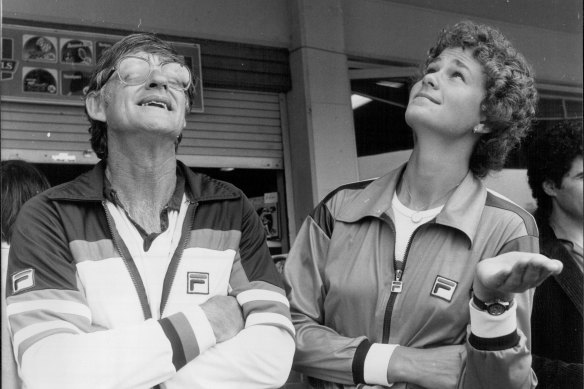 Candy and Shriver at White City in 1980.Credit:Antonin Cermak

Shriver says she waited until after the deaths of Candy’s wife Elaine, Candy, and her own mother Margot to reveal what had happened. Her close friends and some tour officials knew at the time about the affair. Whether due to the sexual mores of the 1970s or the prevailing culture within tennis, no one called it out.

Shriver’s frustration is that, while our understanding of what constitutes sexual abuse has changed, the tennis industry still tolerates coaches who blur the lines with young, female players.

Through her own experience and her courtside vantage point she’s had working for many years as a tennis broadcaster, Shriver has learned to spot signs of a relationship “gone sideways” in the on-site interaction between players and their coaches.

She accepts that in tennis, like any profession, consenting adults who work together will sometimes become romantically involved. She believes that when this happens, the player should start looking for another coach.