Alexander Zverev followed up his upset of Novak Djokovic by becoming the first German man to win a singles gold medal in Olympic tennis with victory over Karen Khachanov.

Having ensured his countrywoman Steffi Graf remains the only tennis player to win the Golden Slam of all four major titles and Olympic gold in one year, having done so in 1988, Zverev has now joined her as a singles champion.

Zverev has been one of the pack of players trying – and so far failing – to break the dominance of Djokovic, Rafael Nadal and Roger Federer at the grand slams, but here he has been a cut above and he eased to a 6-3 6-1 victory over Khachanov, representing the Russian Olympic Committee. 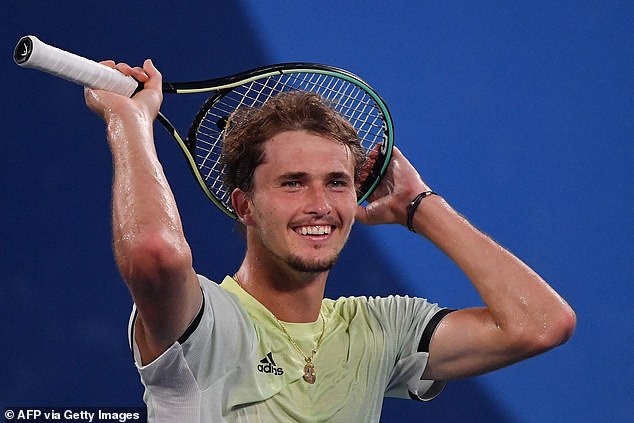 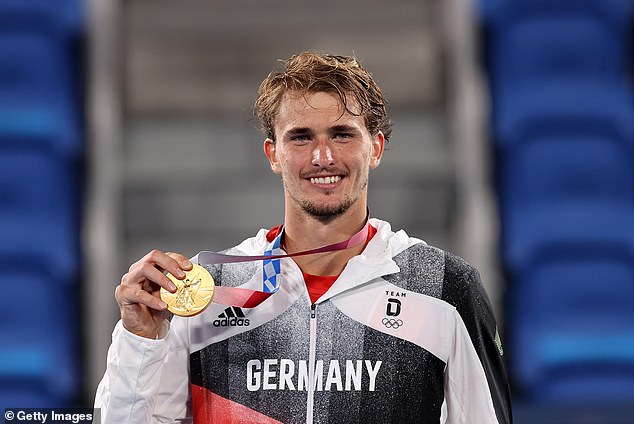 Zverev collapsed to his knees on the court at the end as he celebrated the biggest moment of his career so far.

He has not always used the power his big frame generates to its fullest, but here he has not been afraid to hit flat out, particularly on his forehand cross-court and backhand down the line.

The latter was a key shot in the final, but mostly the 24-year-old was just too good for Khachanov, who has had an excellent month having also reached the Wimbledon quarter-finals.

Zverev broke serve for the first time to lead 2-1 in the opening set and always looked in control, with the second set a masterclass. 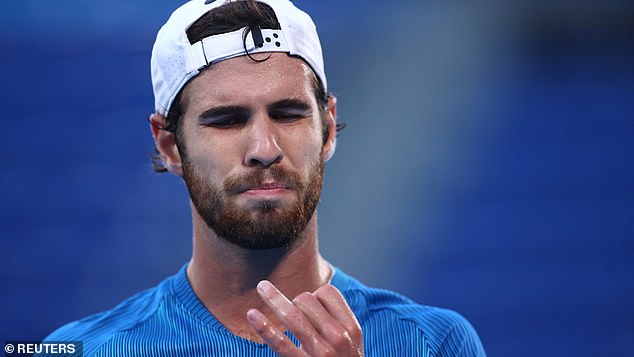 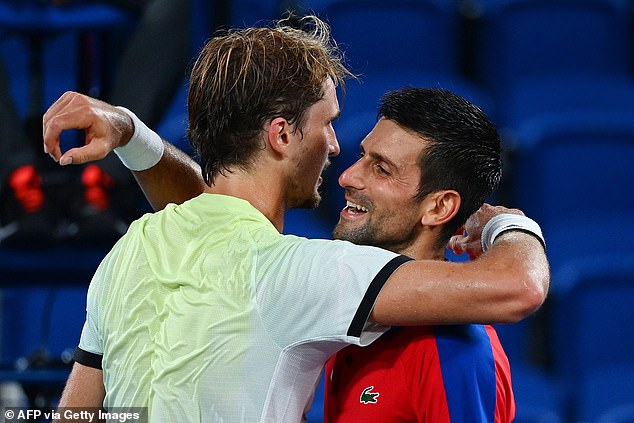 Zverev knocked Novak Djokovic out in the semi-finals. The Serbian ended without a medal

Gold in the women’s doubles went to the world’s leading pair, Barbora Krejcikova and Katerina Siniakova of the Czech Republic, who defeated Swiss duo Belinda Bencic and Viktorija Golubic 7-5 6-1.

Bencic had been bidding to make it two gold medals after winning the singles on Saturday, but Krejcikova and Siniakova are the French Open champions and showed why they are such a formidable pair.

Gold continued a stunning season for Krejcikova, who also won the singles title at Roland Garros.