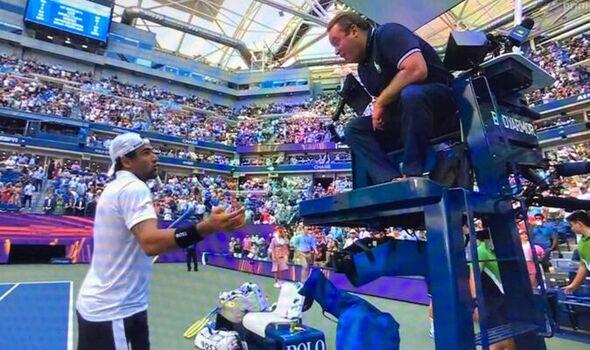 Matteo Berrettini survived a fightback from Andy Murray to reach the fourth round of the US Open in a four-hour slog inside Arthur Ashe Stadium, but the Italian was far from happy at the end and let his anger out at the umpire after the match. Berrettini and Murray were not giving much away in the fourth set with another tiebreak looking likely.

But the Brit left a door open for his opponent to break at the worst possible moment towards the end of the fourth set, which Berrettini took full advantage of. Murray’s head dropped from there as Berrettini went on to serve for the match and progress to the next round.

The No 13 seed gave a stern look back at his player’s box after Murray failed to return his serve in the final point of the match before the pair shared a respectful exchange at the net. Berrettini then shook hands with the umpire before going off to celebrate in the middle of the court and taking in all the plaudits from the crowd.

But it was the disruption from certain fans throughout the match that appeared to irk Berrettini as he made his way back to his chair. The Italian tennis star walked back past the umpire where he began moaning about how long the players were waiting between points while fans were taking their seats.

“We need to wait for one minute until everybody sits,” Berrettini said. “We played for four hours and it felt like we were waiting two hours for people to sit down.”