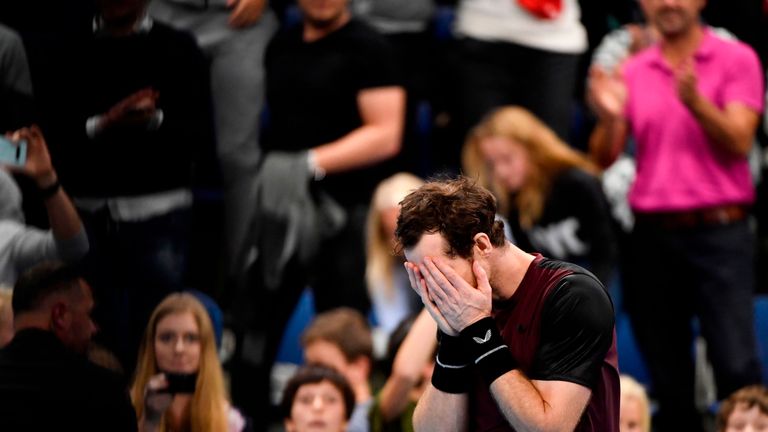 Hands up if you thought Andy Murray’s career was over…

It’s been an eventful 960 days between winning singles titles for the former world No 1.

In March 2017, the Scot won in Dubai where the ship appeared to be sailing swimmingly. However, things spiralled into a black hole for Murray over the next two-and-a-half-years until the point when his career appeared – to those outside his inner circle, at least – to be all but over.

On Sunday, Murray completed one of sport’s greatest comebacks when he beat Stan Wawrinka in the final of the European Open in Antwerp. It was only the sixth singles event the 32-year-old has competed in since returning from hip resurfacing operation.

Murray shed tears during a press conference at the Australian Open in January, when he admitted right hip problems could force him off court for good. There were even goodbye messages from fellow professionals on the stadium TV screen following his first-round exit to Roberto Bautista Agut.

He underwent surgery later that month and the operation, something no singles player had attempted to come back from, has been such a success that he is now competing with – and beating – some of the best players in the world. The pace of his improvement has taken everyone by surprise, not least the man himself. 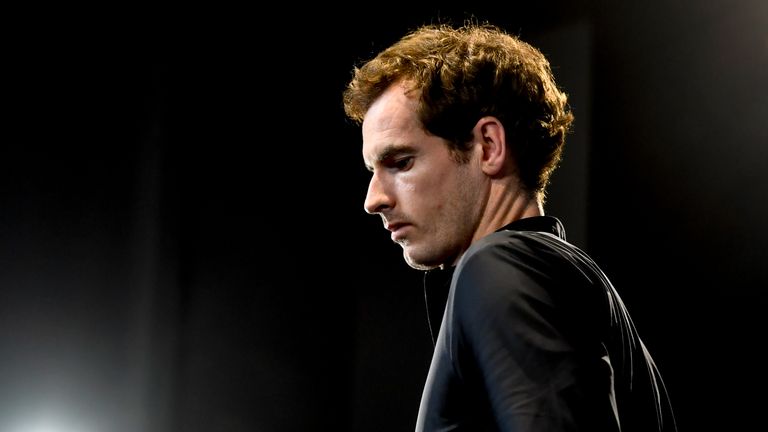 This has come as a surprise to me and my team.

He said in quotes reported by The Telegraph: “I need to now start talking more about my future and I am certainly a lot more optimistic now.

“When I spoke to my team before the trip to Asia, I was like, ‘What are the goals here?’ And I was like, ‘I just want to be competitive. I want to feel that, when I am on the court, I am not getting smashed by guys’.

“I wasn’t thinking, ‘I am going to win tournaments’ or ‘I am going to beat guys like Stan and (Matteo) Berrettini’. So this has come as a surprise to me and my team.”

Murray’s story is truly inspiring on so many levels. He was playing at the pinnacle of the game – a three-time Grand Slam winner and former world No 1.

Yet he found himself hitting tennis balls at a wall, while an image of a long road on Murray’s Instagram story in August gave us an indication of the frustration he must have been feeling during his rehabilitation.

We are so proud of our champion @andy_murray .He is an inspiration to us all #NeverGiveUp #BounceBack #Champion ♥️ @JudyMurray pic.twitter.com/htYG47DMdt

When he did get on the court again, arguably the lowest point of his comeback came when he was knocked out of a Challenger tournament in Mallorca by 240th-ranked Matteo Viola of Italy, while his own ranking plummeted down to 503.

Under the coaching expertise of Jamie Delgado, Matt Little and Shane Annun, Murray’s momentum gathered pace as he sealed his first victory back against Tennys Sandgren in Zhuhai. His fitness began improving slowly, while his movement around the court and hand speed were returning somewhere near the kind of level which saw him win 45 titles during his illustrious career.

A quarter-final exit to Dominic Thiem at the China Open followed, before a frustrating three-set loss to Fabio Fognini at the Shanghai Masters.

So his run to European Open glory in Belgium was all the more surprising and inspiring as he overcame Kimmer Coppejans, Pablo Cuevas, Marius Copil, Ugo Humbert and No 18 Stan Wawrinka en route to the title.

The 32-year-old, whose ranking will climb more than 100 places to 127, is now expected to take a break until the Davis Cup finals next month, where he has been named in captain Leon Smith’s squad, while he waits for the birth of his third child.

What can i say @andy_murray ???‍♂️
Makes me so happy to see you succeed..insane what you’ve done this week after everything u went through..truly inspiring ❤️will have ? tonight to celebrate with you from a distance. ? off Sir Andy

Murray joked: “I’ll have three kids under four years old. I need to get on the road so we don’t get out of control. I’m excited for the third kid. My wife’s been a huge support for getting me back on the court and making me fight to keep playing.”

What must Murray’s surgeon Sarah Muirhead-Allwood (a consultant orthopaedic surgeon, and one of the world’s leading hip specialists) have been thinking when she saw him lying on that table. The pressure of having to reconstruct Britain’s greatest sportsman. To paraphrase the opening sequence from Seventies TV hit ‘The Six Million Dollar Man’…

Gentlemen, we can rebuild him
We have the technology
Andy Murray will be that man
Better than he was before
Better, Stronger, Faster