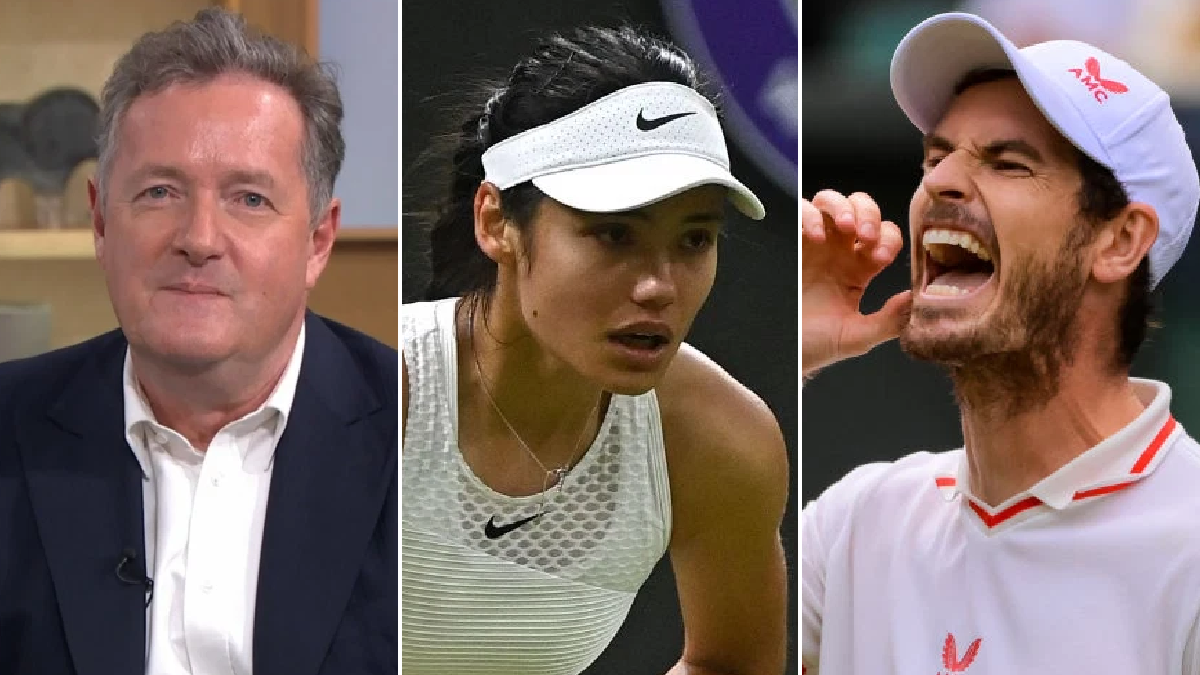 Andy Murray has leapt to the defence of fellow British tennis star Emma Raducanu after she was criticised by Piers Morgan and Kevin Pietersen.

Murray, the three-time Grand Slam champion from Dunblane, disagreed with Morgan’s ‘very harsh’ assessment of Raducanu, while questioning Pietersen for judging Raducanu’s ‘mental toughness’ off the back of her Wimbledon withdrawal.

Raducanu was forced to withdraw from her Wimbledon fourth-round tie with Australia’s Ajla Tomljanovic on Monday night after suffering with ‘breathing difficulties’.

Morgan, the TV broadcaster, was quick to agree with John McEnroe who claimed the occasion had been ‘too much’ for the 18-year-old Brit.

‘McEnroe told the truth. Ms Raducuna’s [sic] a talented player but couldn’t handle the pressure & quit when she was losing badly,’ Morgan posted on Twitter.

‘Boris Becker won Wimbledon at 17….. by showing incredible mental strength & resilience in early rounds. It’s what you need to be a sporting champion.

‘Mental strength and resilience are not dirty words. They’re good things that need to be taught, nurtured, encouraged & celebrated from school onwards. This would be immeasurably easier if so many high profile people stopped playing the victim.’

Pietersen, the former England cricketer, agreed with Morgan’s assessment of the situation, adding: ‘Talent is one thing, but mental toughness is what separates the good from the great in sport!

‘Dealing with pressure, bad form, negative media etc is HARD, but that’s sport. It’s demanding. Deal with it, or someone else will deal with it in your place!’

But Murray, who lost in the third round at the All England Club, was unimpressed by their analysis of the incident.

Morgan continued: ‘He’d have said exactly the same to a young male player in same situation and nobody would have abused him for it.’