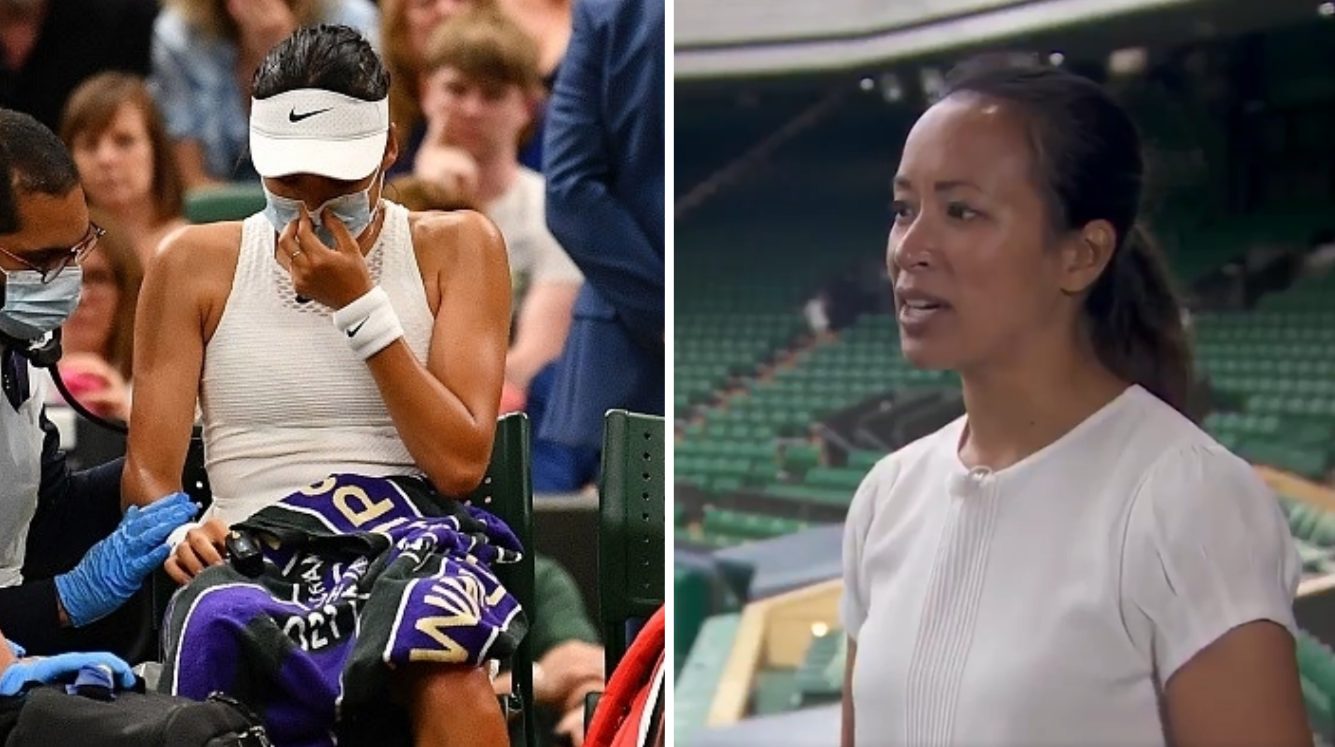 Emma Raducanu is ‘fine’ after her alarming Wimbledon withdrawal and will return to the All England Club next year ‘better prepared and stronger’, according to former British women’s No. 1 Anne Keothavong.

British wildcard Raducanu was forced to retire from her fourth-round match against Ajla Tomljanovic on Monday night after suffering breathing difficulties.

The 18-year-old was trailing Australia’s Tomljanovic 4-6 0-3 when she called for medical assistance. She left the court to receive further treatment but it was soon confirmed she had withdrawn.

Keothavong, who coached Raducanu when she was just 11, was sitting by her family during the match and admits it was a ‘difficult situation’ for everyone involved.

But the former British world No. 1 expects Raducanu to return ‘stronger’ and insists she will have the support of her family as she recovers from a painful Wimbledon exit.

‘Last night I saw her leave the Club and obviously it was just a difficult situation for her to be in and for everyone to witness. But she’ll be just fine.

She fully justified her inclusion, however, sealing straight-sets victories over her first three opponents to storm into the fourth round.

It was a disappointing and worrying end to her Wimbledon debut but former world number one Tracy Austin focused on the positives following her exit.

‘In so many ways this has been a life-changing week for her,’ Austin told BBC Sport.

‘She was ranked 338 and now she’s going to go into the 100s so it will make it much easier for her to play higher-level tournaments.

‘She has a wonderful game as far as very athletic, a very good head on her shoulders, she seems very grounded because she has stayed in school.

‘She has got ways to win points with weapons, she’s got a terrific defence, it all looks great.’