Tennis’s year of off court political turmoil continues, with the body that represents male players sacking one of its three representatives from the main ATP Board.

The highly unusual measure was taken in Paris last week when the ATP’s Player Council, led by its President Novak Djokovic, voted to oust well-known Australian coach Roger Rasheed as one of the tour governing body’s six directors.

After what was said to be a highly-charged series of meetings, Rasheed – widely regarded in the game as a voice of moderation – was removed after voting in favour of a one-year set of prize money increases that have proved highly contentious. It is just the latest in a series of political upheavals that have affected international tennis this year. These have included the jostling among new team events and the International Tennis Federation’s decision to partner with the company of Barcelona footballer Gerard Pique’s marketing group in the revamp of the historic Davis Cup.

It also illustrates a wider divide in the men’s game, between a more militant faction of players pressing for a greater share of tournament revenues and those seeking a more consensual approach with a long-term view to the sport’s overall wellbeing.

The year began in Melbourne with Djokovic ordering ATP officials out of a mass player meeting so it could be addressed by a legal expert on strikes in Australia, and continues apace.

Rasheed confirmed to Sportsmail that he had been dismissed from the Board, but refused to go into any further details.

The ATP is an often uneasy partnership between tournaments (excluding the Grand Slams) and players, which operates with a Board composed of six directors. Three of them are appointed by tournaments and three by the ten-man Players’ Council, one of whose members is Jamie Murray. 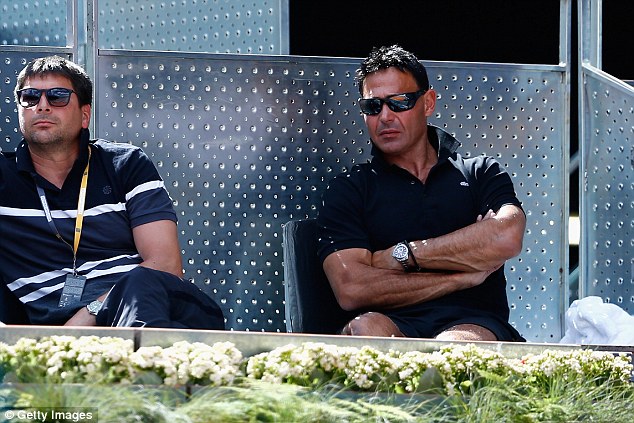 While a long-term prize money settlement is being sought, there have been several attempts in recent months to set the levels for 2019 only.

According to sources close to negotiations the proposal being voted on in Paris was for an increase of between 4% and 6% in purses for next season, depending on the size of the tournament. The smaller ‘250’ level would give 4% and the larger Masters series events would go up by 6%.

Had a deal not been done at this late hour there was a danger that players would not have seen any increases at all.

Rasheed – an independent-minded former player who has gone on to be a leading coach of players such as Lleyton Hewitt and Grigor Dimitrov – is said to have assessed the risk and sided with the tournaments on this occasion, helping vote through the settlement just for next season.

This infuriated the faction of Player Council members, including Djokovic, who have been pushing for players to receive a greater proportion of tournament revenues in recent years.

The Australian was then summoned to a meeting where the necessary majority of 7-3 was secured to tell him that his services were no longer required as one of the directors representing them. 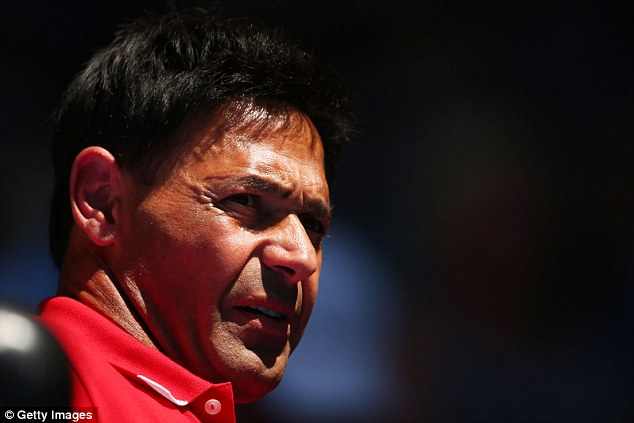 The messy departure of a well-respected figure is likely to cause unease through the game’s corridors of power, including at Wimbledon. Along with the other Majors they have responded to player concerns by giving sharp increases over the last five years. First round singles losers at SW19 this year, for instance, made £39,000.

One issue among tournament directors across the board is that the ‘talent’ – i.e the players – have influence but are often unable to grasp the complex business models of events that keep the tour as a whole afloat. This at a time when the careers of superstars who have been such a boon, like Roger Federer, Rafael Nadal, Andy Murray and the Williams sisters, are simultaneously entering their twilight.

With the Nitto ATP Finals happening at London’s 02 Arena next week there are expected to be further meetings to try and broker a resolution to some of the problems that have cropped up this year.

Among them is that tennis has gone from a sport with too few team events to one which is now struggling to accommodate the proposed new ones.

In 2020 men’s tennis is due to have the Davis Cup, an ATP World Team Cup in Australia and Federer’s Laver Cup, while much-needed reforms to the women’s Fed Cup have been delayed.