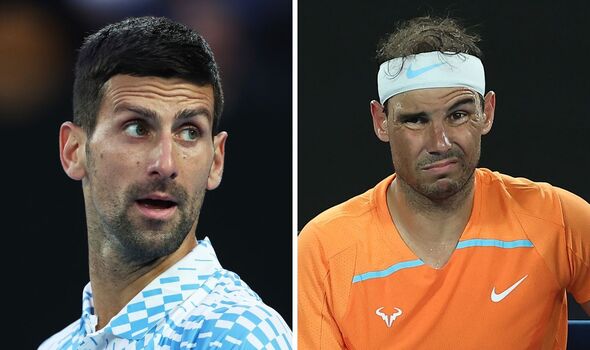 Australian Open officials have risked angering Rafael Nadal, Novak Djokovic and several other players on tour after Tennis Australia renewed their deal with ball manufacturer Dunlop for a further five years. A number of players have complained about the balls this year, which appear to fluff up quickly and result in them becoming softer and harder to hit winners with.

However, despite the backlash from this year’s tournament so far, Tennis Australia have decided to stick with Dunlop until at least 2028. “Tennis Australia and Dunlop have renewed their partnership for a further five years,” a TA spokesperson said.

“Dunlop has a long history of producing high-quality tennis balls with consistency, durability and little variance. Dunlop is the most-used ball on the international tennis tour.

“Player satisfaction is vital and we will continue to gather feedback from the playing group and ensure it is factored in to the design, manufacturing and testing process.”

Andy Murray described the balls as flat while Djokovic stated prior to the major starting that matches could last longer than usual because of them. Djokovic said: “I think we are going to see more of those longer duration of matches this year than we have maybe last year.

“One of the biggest reasons will probably be the ball because, particularly on the big courts, I don’t think the speed of the surface has changed much. The outside courts are pretty quick. The stadium courts are a bit slower. But the ball is slower. So that affects the play.”

Rafael Nadal was the most outspoken heading into the Australian Open, insisting it was affecting his game. “They say [it] is the same, but the ball is worse quality, without a doubt,” Nadal said.

“I think it’s a ball that doesn’t get the same spin as usual. After a couple of hits, the ball loses the pressure. It’s more difficult to hit with the right spin.”

But John McEnroe believes the players need to adapt to the balls being used. “Of course, the balls get heavier after the way these guys and girls hit it now,” he said.