Ben Shelton had NEVER left the USA before this trip to the Australian Open but now he’s in the last eight. America has been trying to replace Andy Roddick for 11 YEARS… but finally they could have found their man

Despite playing the most international of sports, Ben Shelton had never used his passport until leaving for Adelaide just before the New Year.

Now, overseas for the very first time, he finds himself in the last eight of the Australian Open with a chance to go even further.

The tousle-haired lefthander with a pump action serve will face compatriot Tommy Paul after beating another American outsider in JJ Wolf, outlasting him 6-7, 6-2, 6-7, 7-6, 6-2 in three and three quarter hours. 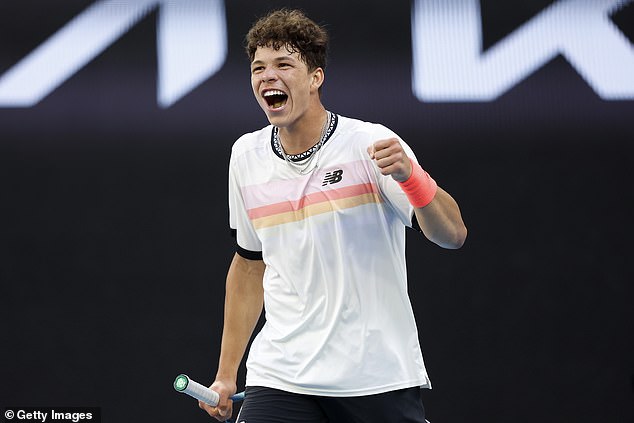 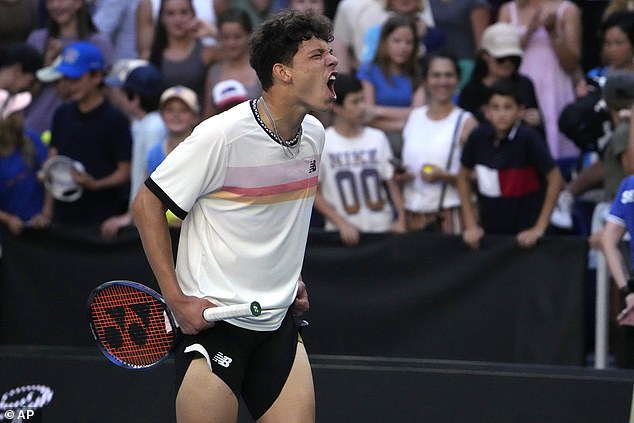 Shelton, 20, will now overtake his dad’s best ever world ranking and break into the top 50

Shelton, whose father Bryan reached the world’s top sixty in the Nineties, has been the breakout star of this tournament and his progress has seen him beat his Dad’s career-high ranking.

There are some strange coincidences attached to his success this fortnight. His parents met at this tournament in 1993, as his mother was in attendance as the sister of Todd Witsken, the late US player who died at 34. Witsken reached the quarter-finals in Melbourne, his career best result, 35 years ago.

If he could keep going it would probably do more for tennis in America than any series of the kind Netflix are currently showing about the sport. 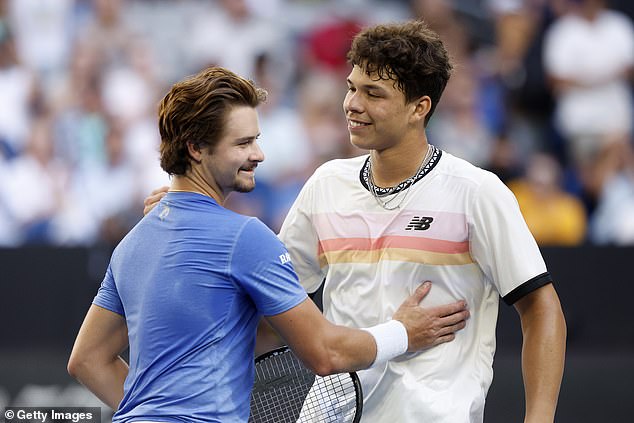 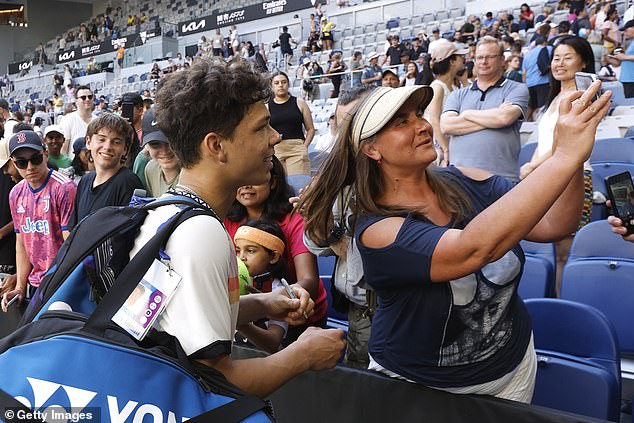 Shelton, 20, is the youngest player from the US to reach a Grand Slam quarter final since Andy Roddick in 2001. The Americans have been desperately trying to replace Roddick since his retirement and there is optimism that could happen as ten of them will be in the world’s top 50 next week.

Three are three in the quarter finals here for the first time since 2000. Seb Korda, who perhaps has the most potential of them all, is due to play overnight against Russian Karen Khachanov in the top half of the draw.

Shelton only broke into the world’s top 400 back in July, having attended the University of Florida for two years after eschewing the international junior circuit on his father’s advice. 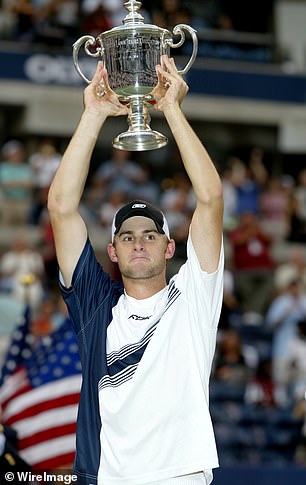 Having become the national collegiate tennis champion last year – and then switched mainly to remote studying for a business degree – he ended 2022 by winning three straight Challenger events and then decided to finally follow the global tour.

‘I got on the plane with no expectations. I know that it’s very hard to adjust to Australia from the United States with the jet lag, time change and everything,’ he said.

‘It being my first time, never being out of the United States, I knew it would be a struggle. But I think it maybe has helped me a little bit, not having that expectation or the feeling that I have to perform.’

He will not be ditching his studies: ‘I’m taking classes at a bit slower pace than I was when I was full time in school. I don’t have too difficult of a workload. I really want to get my degree, it’s something that’s important to me. ‘

In the doubles Britain’s Joe Salisbury, champion here in 2020 with partner Rajeev Ram, went out of the third round when they were beaten 6-7 7-6 6-2 by Monaco’s Hugo Nys and Poland’s Jan Zielinski. 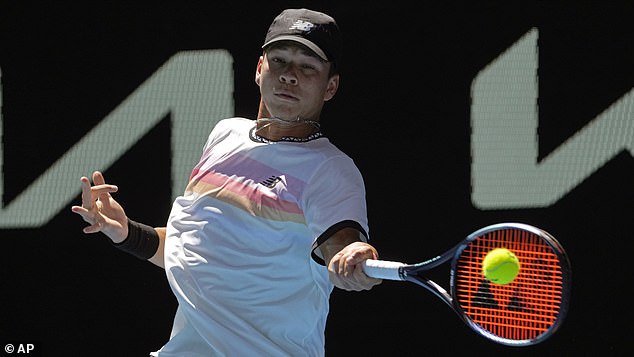 Shelton plays a forehand return; after his Wolf win, he’ll play another American in Tommy Paul 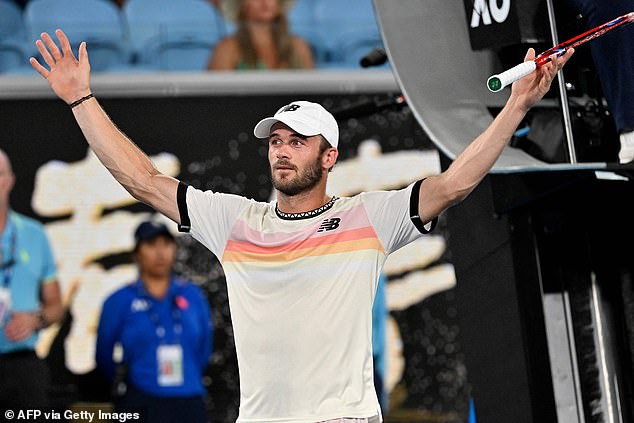 Afterwards Salisbury spoke of the back problems he has been contending with in recent months, connected to disc and ligament issues in his lower spine.

‘It’s probably not something that is going to completely fix itself and I’m going to have to keep managing it for the rest of my career,’ said the world number two doubles player.

In the women’s singles Magda Linette is the unexpected player from Poland in the quarter finals after upsetting world number four Caroline Garcia 7-6 6-4.

Her compatriot Iga Swiatek was meant to the be the star of this event, but after her fourth round defeat world number 45 Linette is flying her country’s flag, and she will meet former Wimbledon finalist Karolina Pliskova in the last eight.