Bracey, the host of Nine’s Australian Open and NRL coverage, caught up with the German player to talk about his daughter’s struggles.

Zverev revealed last year he was diagnosed with diabetes as a three-year-old but defied the odds to become a professional tennis player.

The conversation with Zverev was close to Bracey’s heart. Bracey and his wife, Margot had their lives turned upside down two years ago when Matilda, 4, began to rapidly lose weight. Margot was seven months pregnant, with daughter Abigail, at the time.

“She had this unquenchable thirst and started to deteriorate,” Bracey told the Herald and The Age. “My mother-in-law is a nurse, and she knew what those symptoms meant. We went to the GP and he checked her levels. He sent us straight to emergency.”

Matilda spent the next five days in hospital, where she was diagnosed with the disease. 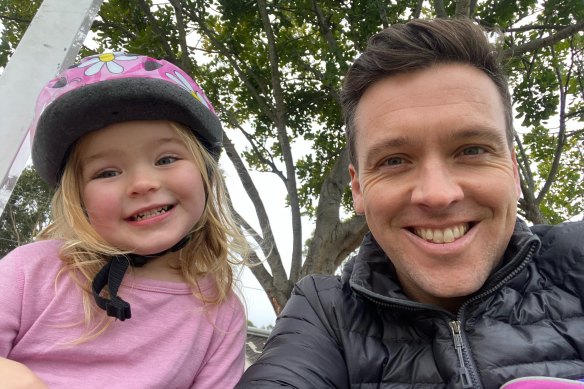 James Bracey with daughter Matilda, who has been diagnosed with type 1 diabetes.

“Any parent out there would know how heartbreaking it is to see your kid suffer in any way,” Bracey said.

“It’s certainly hit us for six. Now it’s become our new norm. Wrapping your head around type 1 diabetes – as a lifetime of counting carbs and injecting insulin – is a lot to absorb. All of a sudden, it’s like, ‘This is our life’.”

Bracey has interviewed some of the most famous athletes on the planet. He knows more than most how powerful their voices can be. 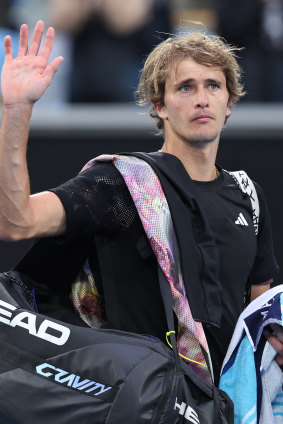 Alexander Zverev thanks the crowd on his way out of Melbourne Park following a loss in the second round.Credit:Getty

It is why he was so grateful to have someone of Zverev’s stature speak publicly about the disease, thanking the 25-year-old for his willingness to share details of his journey.

“It can be quite isolating,” Bracey said of his experience. “It helps to educate people on it. You’re quietly living through this daily grind that few people know about it. I feel like I was so naive back in the day.

“For someone like Zverev to go out there is huge on two fronts: one, it helps people who are battling through it realise there are other people out there who know their pain; but two, it also provides aspirations for young kids that you can do anything. You can win Olympic medals and travel the world despite having type 1.”

Zverev recently launched the Alexander Zverev Foundation, which supports children with diabetes and provides critical medication for those in developing countries.

“My parents were very scared,” Zverev told Bracey. “They were very worried. Mum was crying a lot.”

“A lot of parents get intimidated by a lot of doctors who say, ‘Your kid is very limited’, which is not the case. I always said to the doctors, ‘Yeah, well, I want to play tennis. That’s the only thing I really care about’.

“This is what really stuck in my mind, made me quite upset … to be honest. I don’t think you should set any limits to kids because I think that is just not fair to them.”

The ratings for the final two hours of the epic Andy Murray-Thanasi Kokkinakis battle are in. There was an average national audience of 78,000 from 2am to 4am, reaching a peak of 136,000 during that time.

Melbourne Storm hooker Harry Grant was spotted at the tennis on Saturday. It was a day after South Sydney captain Cameron Murray hung around Melbourne, after his teammates had gone home, to watch more tennis with his partner. 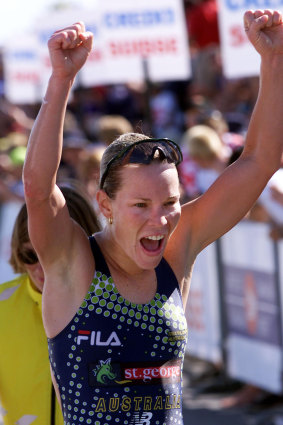 Keeping up with the Joneses

Australian Emerson Jones is the youngest player in the Australian Open girls draw at 14 years and 205 days.

Her brother Hayden is in the boys tournament. The family has a rich history in Australian sport. Their mother Loretta Harrop represented Australia at the 2000 and 2004 Olympic Games in triathlon.

Harrop finished fifth in Sydney in 2000, then won a silver medal in Athens four years later.

There was a fantastic moment from American Sebastian Korda on his way onto Rod Laver Arena for his match with Daniil Medvedev on Friday night.

The 22-year-old tapped the honour board of his father Petr Korda on his way down Champions’ Walk as well as mentor Andre Agassi before an incredible victory against the Russian.

The shock loss means Medvedev will drop out of the top 10 for the first time since July, 2019.

Evans slips up on banana

Dan Evans may live to regret being so generous. The Brit noticed his opponent Andrey Rublev was out of bananas during their match on Saturday.

Evans handed over one of his and ultimately helped fuel his opponent to victory.