Coco Gauff bowed out of the US Open Tuesday with a 3-6, 4-6 loss to Caroline Garcia, but the teenager’s quarterfinal run was still the best of her career in New York.

Gauff won four matches before falling to Garcia, including a third round match to No. 20 seed (and fellow American) Madison Keys, and exceeded her own expectations after retiring in the first round of the Cincinnati Open due to injury in August.

‘After everything that happened in Cincinnati… I didn’t think it was gonna be that good of a tournament for me,’ the 18-year-old said after Tuesday’s match. 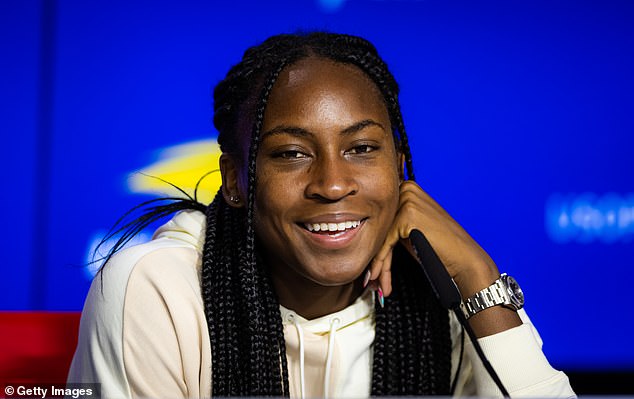 ‘So I think it was good how I was able to bounce back, and I really proved to myself mentally that I can come out of these tough situations and do it.’

‘And first quarterfinal too, at the US Open, and so there’s a lot to be proud of. But like I said, definitely disappointed, but I think it makes me wanna work even harder and I feel like I know what I have to do.’

Gauff was thoroughly outplayed by Garcia, who raced out to a 4-0 first-set lead and never looked back. 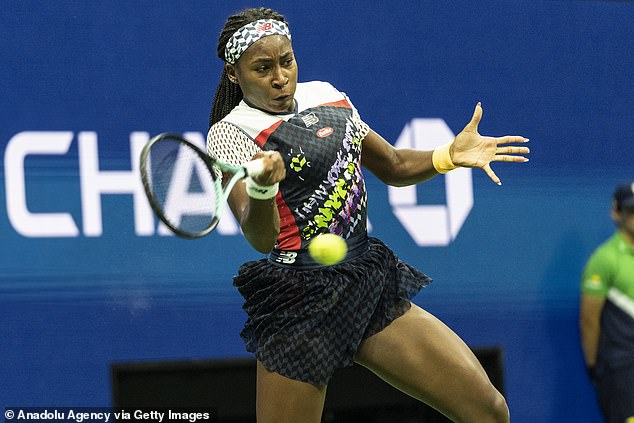 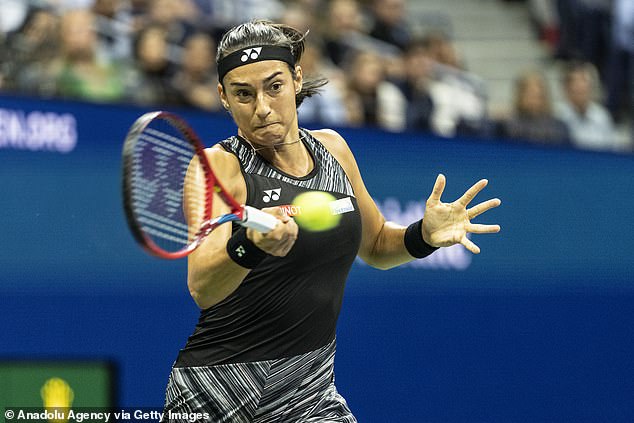 The American had 24 unforced errors in the match, and was only able to break Garcia on one occasion.

‘Her level was great, and I knew it was gonna be great coming in,’ Gauff said.

‘And I feel like I didn’t play at the level that I needed to, to come out with a win today.’

Gauff had won the two previous meetings between her and Garcia, who will now play in a Grand Slam semifinal for the first time in her career.

‘[From] the previous times I played her, I would definitely say she’s striking the ball much better,’ Gauff said.

‘So kudos to her and her team because I think she’s gotten a lot better since the last time I played her.’

Garcia will play No. 5 seed Ons Jabeur – also a first-time Open semifinalist – on Thursday for a spot in the final.