Coco Gauff has moved on in qualifying for the Citi Open.

Gauff beat Maegan Manasse 6-4, 6-2 in the first round of the qualification tournament Saturday. She must beat Hiroko Kuwata of Japan on Sunday to qualify for the main draw of the tournament. 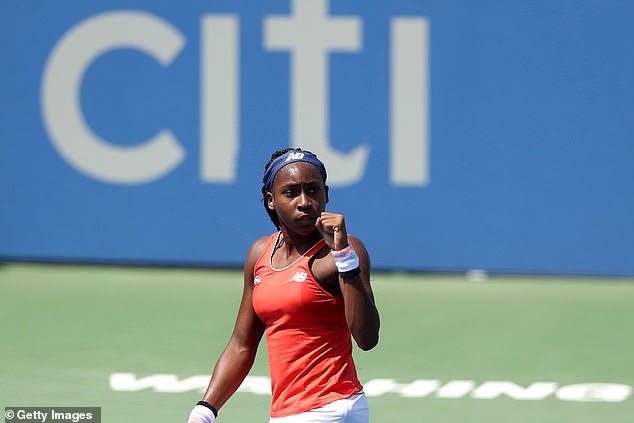 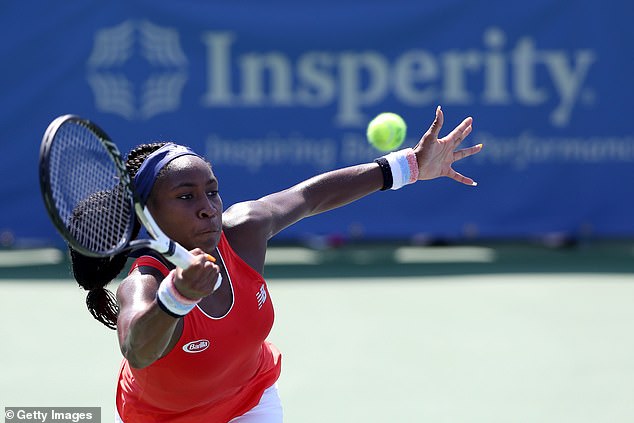 Gauff beat Maegan Manasse 6-4, 6-2 in the first round of the qualification tournament

The 15-year-old American was the youngest player to qualify for Wimbledon earlier this summer.

She beat Venus Williams on the way to reaching the fourth round at Wimbledon before losing to eventual champion Simona Halep.

Gauff ranked 313th in the world before Wimbledon and is now 143rd and the top seed in Citi Open qualifying. 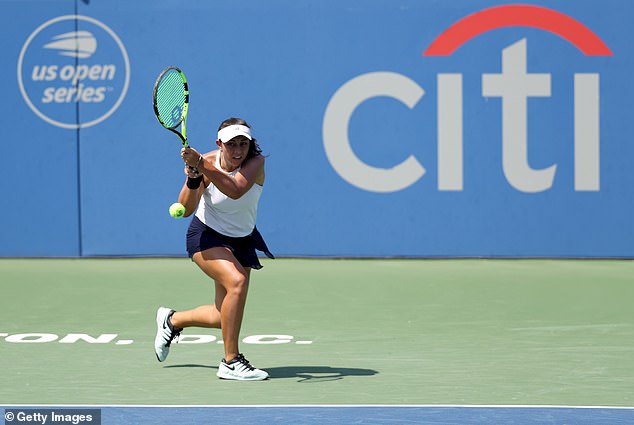 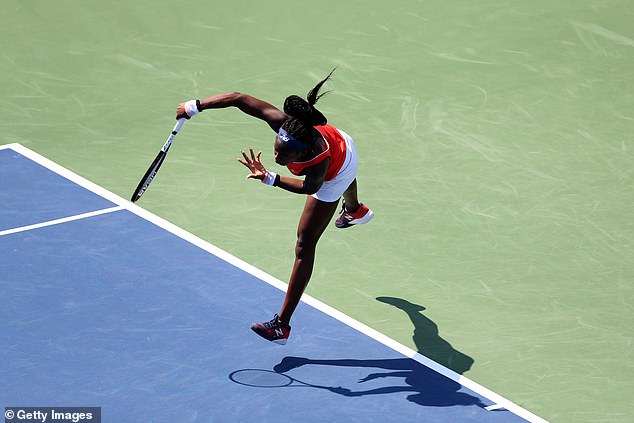 ‘I would love to come home with a trophy,’ Gauff’s father Corey added. ‘But (the fans) just wanted to express the support, and we were really appreciative.

‘Everyone was really nice. I guess she’s kind of the local celebrity right now.’