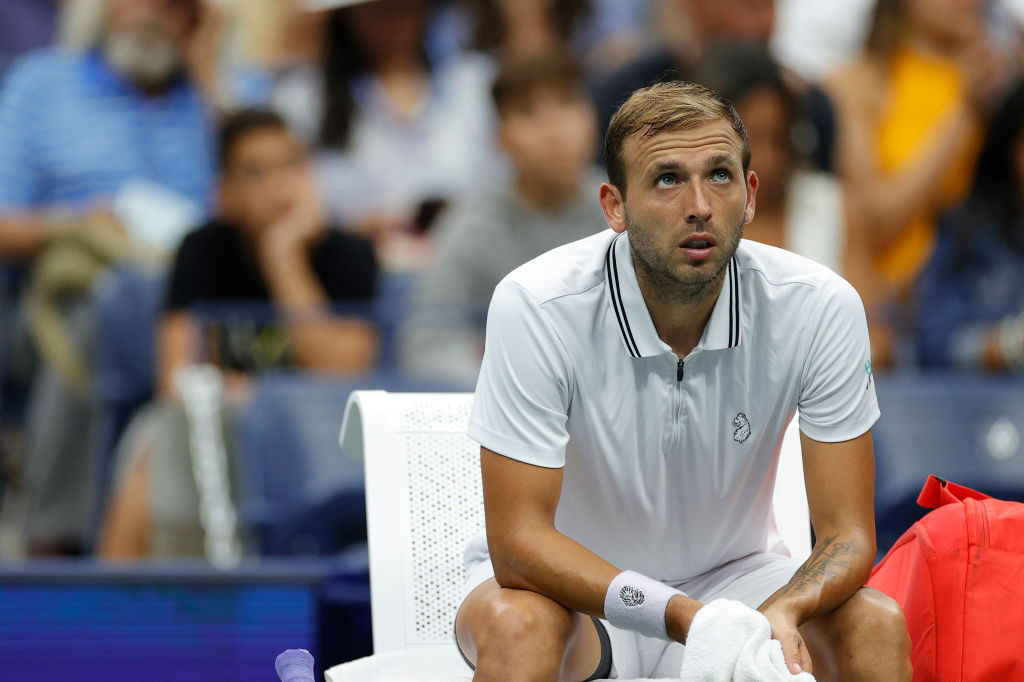 Dan Evans was clear as to why he lost in straight sets to Daniil Medvedev in the fourth round of the US Open on Sunday, because he feels the Russian is just better than him.

The British number one was seen off fairly comfortably by Medvedev, who won 6-3, 6-4, 6-3 at Arthur Ashe Stadium.

It was only the second time Evans has reached the last 16 of a Grand Slam, so he will reflect on a successful tournament, although he has learned that he never wants to see Medvedev in the same section of the draw as him ever again.

‘I felt Daniil was very good,’ said the 31-year-old. ‘I think he showed why he has his ranking, why he’s challenging in these tournaments to win them.

‘In sport, there’s levels, and he was a different level to me today, yeah.

‘It looks very unorthodox, but he’s hitting the ball pretty big, very close to the lines, great serve. I think the serve for me is the thing I think is a bit underrated. He goes through his service games very quickly.

‘Everyone knows how well he moves. But I think his serve and how he goes from deep to up the court so quick is another very difficult thing to see on television until you play him.

‘You’re looking at the draw hoping he’s nowhere near me for the rest of my days. I mean, I think you’ve just got to take it as it is.

‘I got a good, healthy lesson out there and just move on. It’s just a tough match. Some people are better than you, and that’s it really.’

Medvedev moves into the quarter-finals where he will be hot favourite to beat Dutch qualifier Botic van de Zandschulp.

The 25-year-old reached the final in New York in 2019 and the semis in 2020 and is set to continue his fabulous recent record at the US Open as he hunts down his first Grand Slam title.