Danil Medvedev has blasted French Open organisers after crashing out of the Grand Slam at the quarter-final stage. The Russian tennis star, who was the second seed for the tournament, was knocked out on straight sets by Stefanos Tsitsipas on Tuesday night.

Tsitsipas claimed a 6-3 7-6 (7-3) 7-5 win to reach his third successive Grand Slam semi-final, where he will face Alexander Zverev.

It was a compelling match, with Tsitsipas making a fast start to ease to an opening set victory at Roland-Garros.

But Medvedev was able to hit back in the second set, teeing up two set points only for Tsitsipas to dominate the tie-break and go two sets in front.

The Russian once again fought back in the final set, but blew a 40-0 lead in the final game, with Tsitsipas taking advantage of a misjudged underarm serve by his opponent to seal the win. 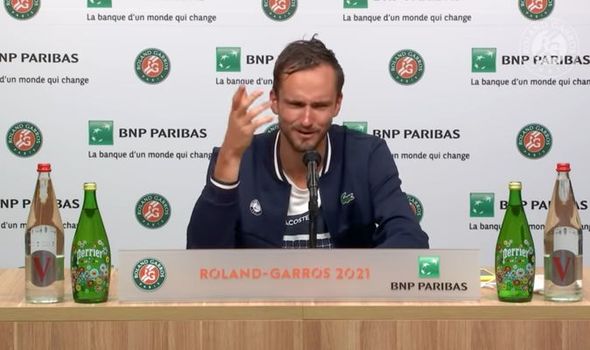 The quarter-final was played without fans due to a curfew currently in force in France to combat coronavirus.

The match began at 9pm local time, also the time from when French citizens may only leave their home for essential reasons.

French Open organisers added the 9pm start-time slot for this year’s tournament, with matches starting at that time broadcast exclusively on Amazon Prime.

It is a change that has infuriated Medvedev, who has slammed the decision to play matches during the national curfew. 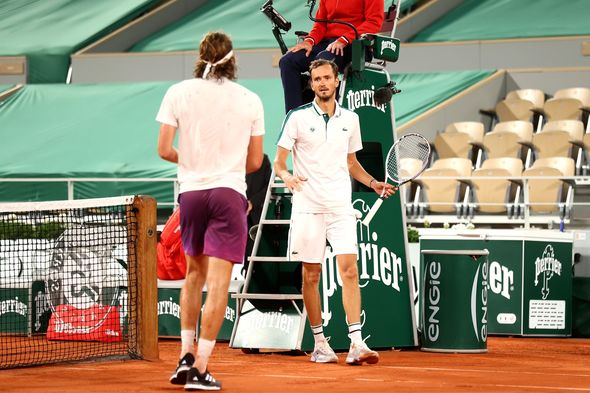 “Yes, 100%,” the 25-year-old Russian said when asked if he was disappointed there were no fans in the stands.

“Our match was definitely the match of the day, so Roland Garros preferred Amazon to people. It’s easy as that.”

Medvedev had also played his second-round match against Tommy Paul in the late night session and believed organisers made a major error with their scheduling of the quarter-final.

He drew a comparison to a situation in Netflix Formula One documentary Drive To Survive, when Lewis Hamilton blasted the decision to continue racing at the start of the pandemic. 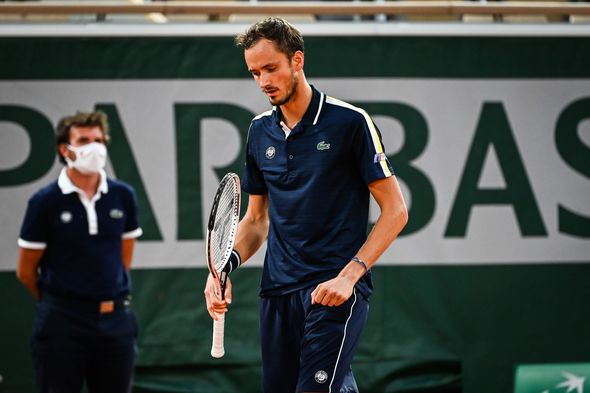 “It’s actually funny because just yesterday I started the third season and I think the first or second episode is called ‘Cash Is King’,” he said.

“When the pandemic started, they were in Australia ready to race and they asked Lewis Hamilton what he thought about racing in the conditions the world was in right now.

“He said ‘I don’t know what we are doing here’. So they asked him ‘Why do you think they make you race?’ He said ‘Cash is King’.

“It was the same here.”
Source: Read Full Article