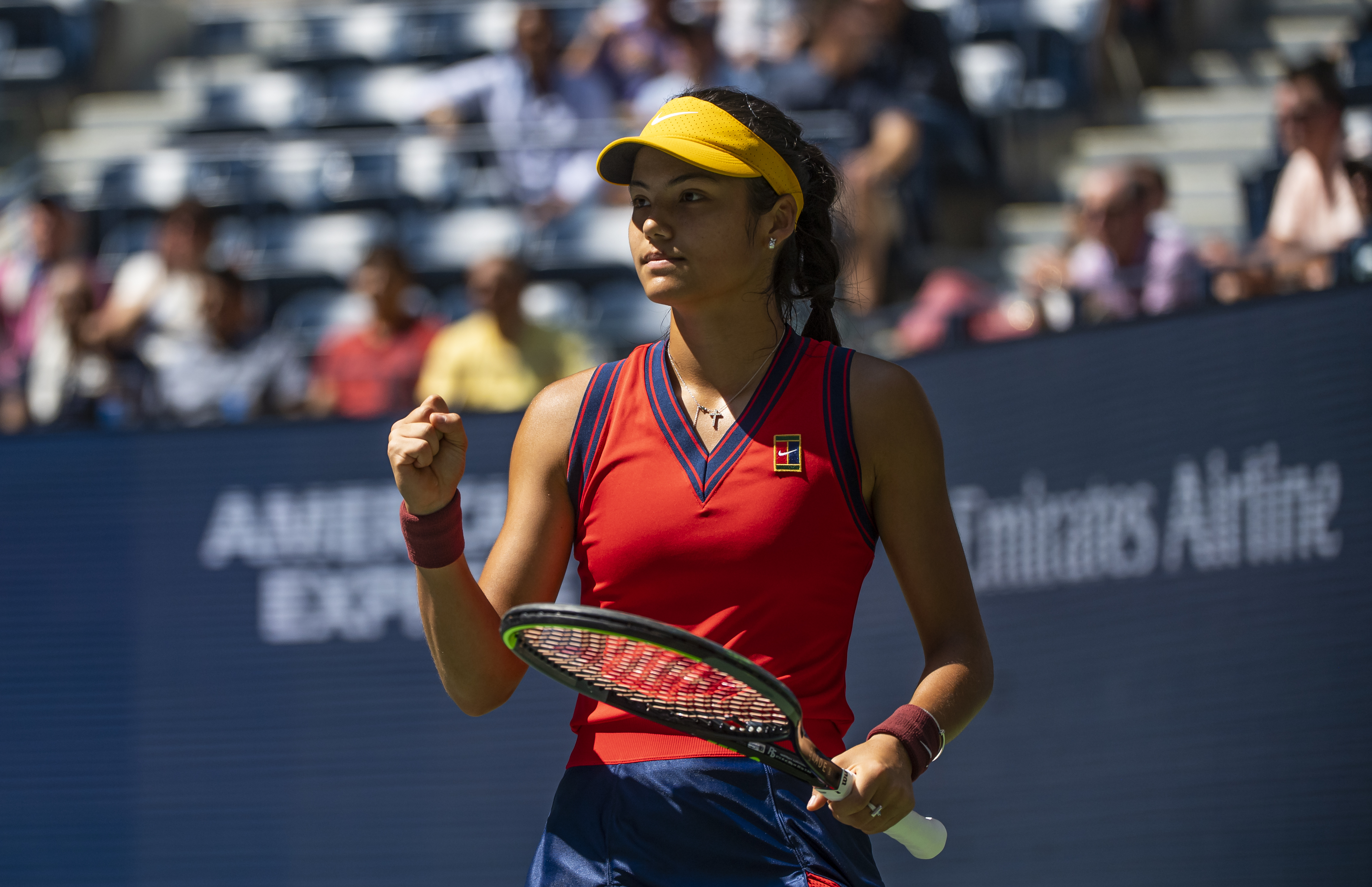 Emma Raducanu is into the semi-finals of a Grand Slam for the first time in her career after beating No.11 seed Belinda Bencic at the US Open.

The 18-year-old British sensation stormed to a 6-3, 6-4 victory to continue her remarkable run at her US Open debut having come through the qualifiers.

Raducanu certainly had some early nerves on the big occasion as Bencic broke her serve after being handed three break points in the first game, before the Swiss then went on to hold her own.

By the time her second service game came around though she was up 40-0 as she began to find her stride, and despite a couple of neat winners from Bencic, Raducanu scored her first points on the board.

While all the talk in the build-up involved Raducanu coming out and playing offensively, it proved to be Bencic delivering the hard-hitting shots the Brit had few answers too early on.

But the 18-year-old showed signs of her talent in the fifth game, winning to love on her serve, to give Bencic a taste of her own medicine by playing on the front foot.

Longer rallies in the sixth worked to Raducanu’s advantage before a double fault from Bencic pushed the Brit to break and level the scores at 3-3.

The qualifier then showed her grit to recover from 0-30 to hold and lead for the first time in the match as the American crowd began to fully show their support with some cheers.

The applause got louder as Raducanu hit two stunning back-to-back forehand winners on successive points to break Bencic again and then saw out the first set like a player who’d been doing so for years on the biggest of stages.

The tables had turned, Bencic now looked the nervy one, and at the start of the second Raducanu pushed her to her limits to eventually hold serve.

Raducanu was made to work equally hard on her first hold of serve before her opponent made light work with a speedy hold in the third game to lead 2-1.

Raducanu has made no secret of working on her return serves and that proved decisive as she delivered the perfect shot to move a set and a break up in the fifth game.

The teenager continued to turn up the heat with a combination of forehand and backhand winners while a confused Bencic struggled to keep up with the rallies.

Her frustration began to show as she slammed her racket into the ground after conceding four straight points as she prepared to hold serve to stay in the match, to which she did by way of an ace on the final point.

Raducanu was not going to miss an opportunity to continue her fairytale journey and duly held serve to once again make all the headlines in New York.

Raducanu will play the winner of Karolina Pliskova vs Maria Sakkari for a place in Saturday’s final.