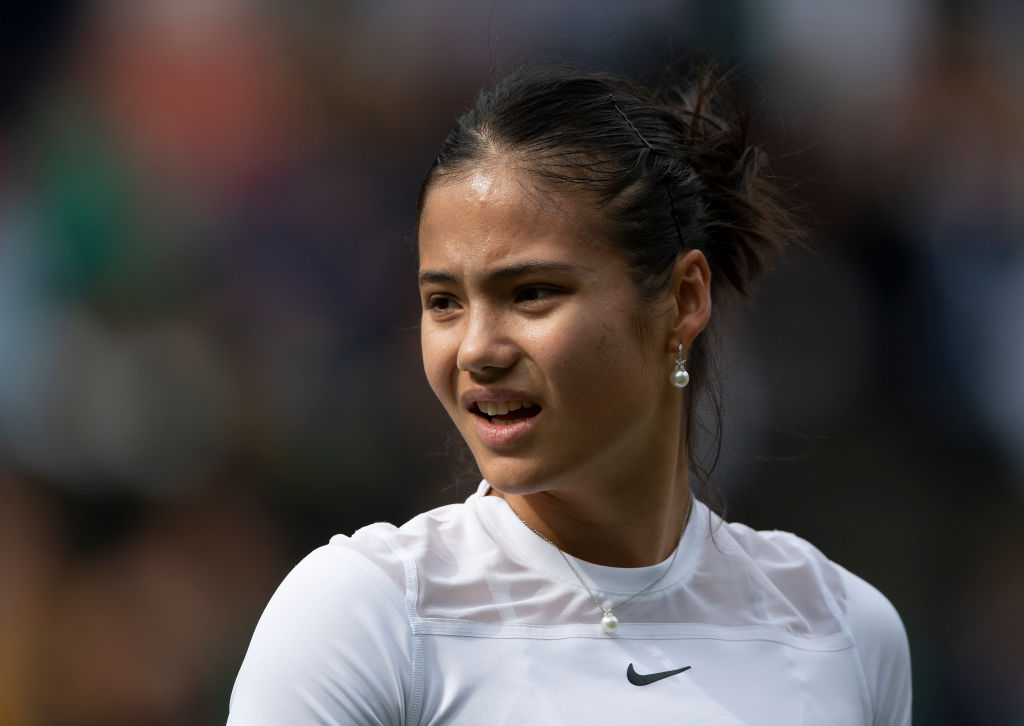 British tennis’ big two saw their Wimbledon singles campaigns come to an end on Wednesday and there seems to be a bit of a panic around the high-profile losses of Emma Raducanu and Andy Murray, but I’m not sure we need to worry.

I liked Emma’s comment in the press conference after her second-round loss to Caroline Garcia when she dismissed the idea of pressure – she thinks pressure should be on anyone who hasn’t won a grand slam not on her, someone who has.

Her US Open victory last year looks increasingly like an aberration, and it may well turn out to be her only major triumph, but I suspect in five years’ time she will have had another run or two and we will look back on this time as one of adjustment to a new life.

For now, the 19-year-old probably needs a coach in her corner and in due course somebody will take that arguably poisoned chalice. The terms would have to be spot-on because many have come and gone.

It was a surprise when Nigel Sears was let go after helping Raducanu to the fourth round at Wimbledon last year. It was an even greater surprise she parted with Andrew Richardson after winning the US Open.

I hope the Raducanu camp don’t think it would be a sign of failure to go back to what worked before.

Murray followed Emma on to Centre Court and found an inspired giant at the other end. At 6ft 10in and 37 years of age, John Isner has the experience and court presence to stand toe-to-toe with the best. He considers beating Murray on Centre Court a career highlight and this from a man who played the longest-ever match on the same magnificent stage in 2018 against Kevin Anderson of South Africa.

Their 26-24 final set in the semi-final detracted from the final 36 hours later and we now have final sets decided by tie-breakers. Smart move.

Isner’s game plan was perfect, he smothered Murray when returning serve and backed up his 36 aces with a surprisingly light touch at the net. Frankly, he can play no better than he did on Wednesday.

The previous evening the obvious question in the air was will Serena Williams retire after her own shock defeat and now the same query is a legitimate one to pose of Murray.

I have no answers but suspect Andy will not want to stick around if he is going to lose early in events. This was the first time in 14 visits to Wimbledon he had fallen before the third round. He doesn’t sacrifice and suffer the pain of training and rehabilitation for that.

A top-35 ranking will probably get him seeded at the US Open in New York in September and that will be a primary aim for the 35-year-old.

This may be just wishful thinking but I do believe Murray will be a factor in the second week of a grand-slam championship before he hangs up his jock strap.